A theme rings true when speaking with Sean Cavanagh, the concept of not going back. When asked if his club Moy, who this Saturday face Michael Glavey’s in the AIB All-Ireland IFC final, will ever make it back to Croke Park again, the conclusion is a firm no. It's now or never.

As the 2008 Footballer of the Year describes the men who make up his club side, the conversation takes a turn towards the different religious backgrounds of those involved. He speaks of barriers being broken down in the past 20 years and, in the context of Brexit, the assurance of no hard border meaning there is a lesser chance of going back to the division of old. With Cavanagh, you often begin on one topic and his open nature leads you down another path.

Defeat to Dublin in August ended a 16-year journey with Tyrone, and was supposed to signal an end to his GAA commitments — but has been temporarily extended by Moy’s run.

“I had told my wife (Fionnuala) that ‘we'll have loads of time now, all that running to training and all that gym stuff is finished’,” Cavanagh smiles, at the AIB GAA All-Ireland finals media day.

“Particularly when I had promised her a trip away around Christmas, so I've had to put that on the long finger for a bit.

“The kids are fully embracing it as well. It's nice for them and it's nice to be able to pass on that GAA piece to them as well because, even though they're not playing it at the moment, they're doing their Irish dancing and swimming, they're very much caught up in the whole GAA thing.

“So that's nice, and the wife can understand that for another month or so anyway.”

Sean and his brother Colm Cavanagh — a 2017 All Star — might be the stellar names, but a club team is nothing without those who keep the flame burning in their absence.

“Very much so. What we have and probably most clubs have, is a real handful of stalwarts that have been there. Guys like Thomas McNicholl, who is 33 or 34, and has been full-back for Moy now for 14 or 15 years. He's been soldiering away, a great footballer, and he's actually an Armagh supporter. 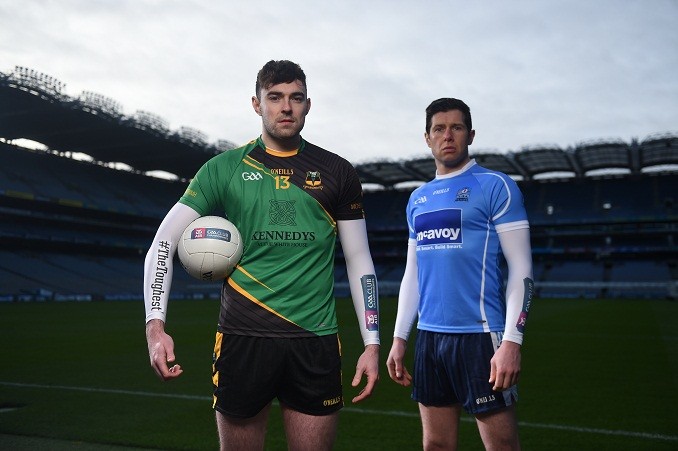 “So our club is split,” he explains. “There would be 75% Tyrone and 25% Armagh, so a few of our guys would turn up to training with the Armagh stuff on and, as much as it annoys me, it gives me another reason to run into them!

“As well as McNicholl at full-back, there's another guy at centre-back — Niall Conlon — who is maybe 34, and then Colm (30) is around midfield and myself (34) in the forwards, so we've got a real core of maybe seven or eight players who have been playing for ten or 15 years without winning anything.

“So it's class for those guys to be able to say that on Saturday they're going to get a chance at Croke Park. Most players would serve their clubs for ten and 15 years and never get a chance to grace Croke Park.

“It's a real special feeling and the guys are buzzing, and some of them are coming and asking me ‘what's the grass like?’ and ‘what are the changing rooms like?’. They're just gripped by the thought of entering Croke Park and that's amazing.”

As Tony Kelly prepared for the AIB All-Ireland club final with Ballyea last year, he expressed his opinion that this would be the only time they would walk on this stage. Cavanagh feels the same way.

“Completely, and everyone knows that. We're not coming back here and, the reality is we're now into the senior championship in Tyrone (for 2018), which is very, very competitive.

“Look, potentially, you could go okay in it but, realistically, it took us 35 years to win a Tyrone championship and we’re not a big club and I don't think we're going to be competing with the Slaughtneils or the Dr Crokes or the Ballymuns and St Vincent's of this world.

“So I don't think we'll be coming back here in a hurry. I think the whole community knows that, the club knows that, so Saturday is it and everyone is making the plans towards that. The town is buzzing and it's just an amazing way to end a serious journey first.”

What’s even more incredible in Moy is the support coming from people without a GAA background. Northern Ireland has a difficult past, of course, but is the tensions of old are not as prevalent.

“There are three or four churches in the area: the Church of Ireland, there is the Methodist Church, Presbyterian Church, and then the Catholic Church. So there are people from all ends of the spectrum.

“In the early 90s, (the village) probably got a bad name for a number of paramilitary shootings. Right now, and in the last while, it's been a brilliant town, a brilliant village, very harmonious. In the past few years we have been playing members from the other religions which is brilliant.

“That's one really good thing that I've seen through the GAA in the past five or ten years, the breaking down of those barriers. GAA is now a sport for everyone and I think that's encapsulated in how Moy now is, the way the village has gone.

“We're close to Dungannon, only five minutes from there, and there are a lot of factories there and there is an influx of some eastern European people, their families and kids that are living in the surrounding areas. You get some of those guys playing for us underage, so it's a great wee town.

“Picturesque, and would have been more so known for old antiques: there is a big antique store in the middle of the town. There is a big hotel where all the country bands play on a Saturday night, the likes of Nathan Carter and those guys of this world.

“I grew up working there and that was probably what it was most famous for. The Moy Square was packed with cars, and maybe a couple of thousand people would have been at the country dance. Now we have something else to put our names on the map for.” 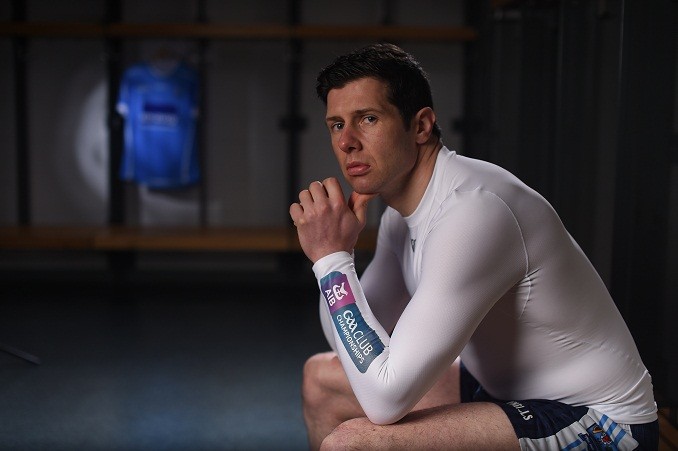 In December, a deal was made that guarantees no hard border in Northern Ireland after the UK leaves the EU. For a number of reasons, this is hugely significant. Not just for Cavanagh, who travels from north to south on a regular basis both in a sporting and working capacity, but to ensure a harmonious future in the region.

“Completely,” says Cavanagh of the importance of no hard border. “It was just another thing in my eyes that could potentially drive a divide between ourselves.

“We want that message that the GAA is open for everyone, and it shouldn't be about dividing north or south, nevermind Europe or non-Europe.

“Even the amount of times we're up and down through sport and business through the island of Ireland... it just would have put us back years if not generations. So I'm glad it's not going ahead.

“It's obviously something we're more acutely aware of because we know from different backgrounds and religions, some of the problems that have gone on in the past. I have to say it's been a really non-subject in the past maybe ten or 15 years in the North, until probably the Brexit thing came up.

“It starts a conversation flowing (in the Moy dressing-room and community) at that point again, but thankfully now that's put to bed at this stage and we can get on to continuing to break down barriers and to allow the GAA to be open for everyone.”

Which brings us back to matters on the field this Saturday against the Roscommon men. Cavanagh knows the routine of going up to GAA HQ with the Red Hands, and the indelible mark victory can make. This time, it’s different.

“I’m trying to think of the best word, for want of a better word it feels more homely and more warm,” he says of the difference between a county and a club journey.

“The county thing is amazing, it's amazing, you're always going to get the masses in the thousands and thousands of people that are following you. Particularly when you're from Tyrone and you're playing county, you can travel an hour and a half up to the far end of north Tyrone and you are still seeing Tyrone flags.

“With the club, it's back to your friends and back to guys you've been kicking ball with since you're five years of age. It's a different sort of feeling but it's a much more intimate and more special feeling because it's that thing where it's about where you kicked it all off.

“For me, the timing is amazing in that I’ve completely forgotten that I've had to retire from the inter-county game, and I was kind of expecting at this time of the year to be looking around and twiddling my thumbs and being really jealous of guys playing National League or running up to Garvaghy in the past couple of months.

“Because that was my life for so long, and you hear about all the voids that have to be filled, and I'm sure there will be times in the summer when I'll be looking on with envy, and thinking I would love to be there.

“But right now, and for the last number of months, there is nowhere I'd rather be than with my own club and training with my own friends. It's just that there's less pressure, and you play with that smile on your face, and it's just pure enjoyment.”