Stephen Staunton and Ballyragget trying to rewrite the headlines

Stephen Staunton is the man in front of the firing squad. He came up to Croke Park to talk hurling, and drives that point home, but knows it’s the last thing he’ll be asked about.

Kanturk, an AIB All-Ireland intermediate club title, tactics, climbing the steps of the Hogan, fulfilling boyhood dreams — we’ll get to that at some point.

First of all, there’s a scab to be picked at, one that’s teased the country for a number of months now.

The excessive celebrations — if you can call them that — after St Patrick’s Ballyragget won the Kilkenny IHC back in October were the talk of the country, and Staunton has heard a million and one ‘droll’ comments on it.

There’s a very serious side to what happened that led to the Gardaí paying attention to the episode, and then there’s the prurient nature of a society that wants to pry and prod and poke.

Imagine yourself in Staunton’s shoes, standing alone to answer questions after months of rumour. When we chat about the situation after the interview, he’s quick to make sure the dictaphone is turned off. “Look, the red light needs to be flashing for it to be on,” we reassure him.

On the record, Staunton’s explanation of the celebrations are limited. “I’m not going to talk about it, to be honest,” he says, “I came up to talk about hurling.”

It’s a response which leaves little room for manoeuvre, and yet the topic subtly peaks its head out every now and then. Not because Staunton wants it to, but because the scandalous story is interwoven through their successful AIB Leinster run and into the coming AIB All-Ireland final clash with Kanturk this Sunday.

You can’t out-run your shadow, a reality not lost on Ballyragget. And yet, if we can park the incident for a few moments. their on-field exploits have been more than impressive.

They beat Tommy Walsh's Tullaroan and Eddie Brennan’s Graigue-Ballycallan en route to Kilkenny glory, nipped past Glenealy to win provincial honours, before sweeping past Tooreen of Mayo in the AIB All-Ireland semi-final.

“Yeah look, I don’t want to brag about that or talk about those games too much. Tullaroan came down (from senior) and were the team to beat for two years,” says Staunton. “They have a lot of household names: Tommy Walsh, Shane Walsh, Padraig Walsh — three massive names on a club team.

“You relish that when you play, and that’s what makes the lads I hurl with so successful, because they’re so competitive when they hear these names.” 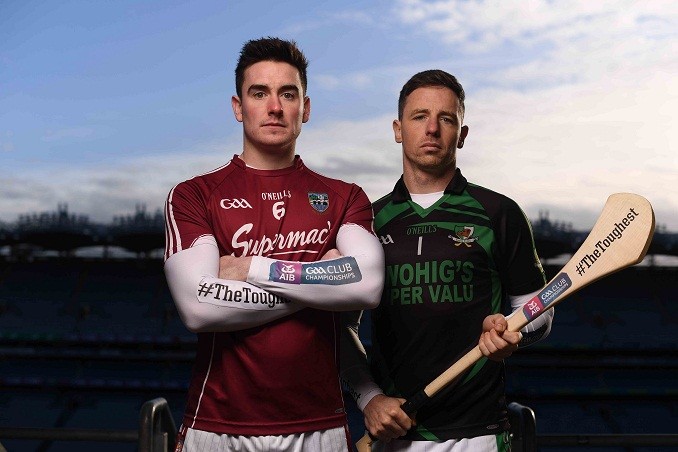 No doubt, you need leaders in the dressing-room to get to this stage. For a question that wasn’t loaded, Staunton seems to feel he has almost shot himself in the foot with this response.

‘What sort of characters are in the Ballyragget dressing-room?’ you ask.

“I won’t mention his name but one lad was called into the Kilkenny panel, a serious talent, but it wasn’t for him and he didn’t bother. But he’d give his guts to you. But there’s honesty in everyone on the team — no one that would stab you in the back. Now I know that could be said for things that went on, but if you’re down and out on the ground, a lad will look after you. There’s always someone who will stand in for you.”

Have the players, management and club all moved on from that incident after the county final?
“Of course, that’s all in the past. What happens in the past, stays in the past.”

Naturally, the hope is that you learn from experiences. On the field, St Patrick’s won an AIB All-Ireland JHC title in 2012 against Charleville of Cork, and once more they come up against a Rebel County champion.

That big-day experience — not to mention having the class of Kilkenny star Kevin Kelly in attack — could give Ballyragget a crucial edge against a Kanturk side brimming with star names such as Anthony Nash, Aidan Walsh and Lorcán McLoughlin.

“Yeah I suppose that would," he says of the 2012 journey. "We were a bit naive when we were young and we got to a lot of county finals and lost them, and we're in a bit older now and a bit more experienced, so I think we’re a little bit more relaxed.

“Not that we’re not looking forward to it though, but we're ready to take on the challenge. It's a big day but then again it's only another pitch.

“Look we don't know all that much about them but they are very big and physical and have a lot of household names, the likes of Aidan Walsh and Anthony Nash. Obviously we will have to put in an awful lot of work and hopefully we'll get through it. Will definitely relish the challenge anyway.”

Like most small parishes, GAA takes over when their team goes on a thrilling journey such as this.

“We wouldn't be a huge parish, maybe 1000 people. I'd say there won't be a sinner left in Ballyragget, even though there are a lot of sinners in Ballyragget I suppose!”