“I suppose it is hard to get going again straight away after a big win. I think that was three or four weeks after St Patrick’s Day and in fairness to Ballybowden they are a serious team. They sniffed that opportunity and took it with both hands,” said 24-year-old Cian O’Callaghan.

“It’s only human nature that you need a bit of down time after a really intense journey. The club championship is a six- or seven-month journey and a lot of training goes in to it.

“That was the first round of the round robin. There are four teams in a group and two go through. Despite losing to Ballybowden, thankfully we won our other two matches and went through.

“I wouldn’t say there was harsh words afterwards, but we kind of had to reevaluate ourselves, set out the goals for the year and ask: ‘what do we really want to get out of the year?’

“That loss put us in a position that we had to beat Crumlin in our final group match, which wasn’t until September. That gave us a razor sharp focus, we had to hone in on the fact that it was a do-or-die match, and that really stood to us. When we went into the quarter-final we had already played one knock-out match, whereas other teams had qualified after two of their games.”

Cian’s brother, Con, was a notable absentee for that loss as he was otherwise engaged in helping Dublin to an U-21 All-Ireland football title, but after showing his hurling talents once again in their semi-final victory over Liam Mellows, much of Na Piarsaigh’s planning will go towards silencing the man at the edge of the square.

Cian pointed to the influence of former Galway coach Mattie Kenny in Cuala’s success, but one of his smartest decisions was keeping the brothers apart in training games. Years of knocking lumps out of each other at home has resulted in a mercury and water relationship between the duo when they meet on the pitch.

“I have marked him on occasion in training, but we wouldn’t normally line up against each other. I suppose it can be a bit close from comfort when you are marking your brother. It can get a little bit heated.

“We have lived in the same house for the last 21-odd years so we know each other inside out. We’re probably better to keep the brothers away from each other during training sessions. 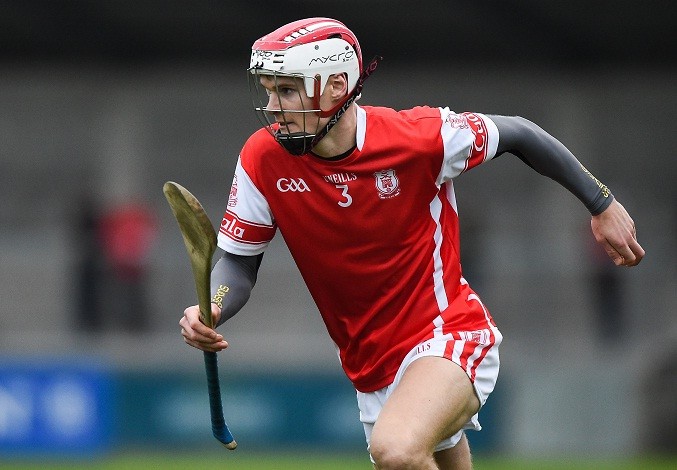 Younger than the Cian and Con are two more brothers Niall (20) and Eoin (17), both of whom are GAA mad, like all of the family. That love of Gaelic football and hurling comes from their father, Maurice, who played both inter-county codes for both Dublin and hurling for Westmeath, although dreams of all four brothers lining out in the Cuala red together might be a few years away yet.

“Niall is playing football for the Cuala seniors and then Eoin is on the minor footballers and hurlers in Cuala. Absolutely yeah (it would be great to play together), but Niall is football only so it will probably have to be some junior match 10 or 15 years down the line.

“I saw myself more as a footballer when I was young, but I haven’t played football in a while. At some stage I plan to go back, certainly for the club, and give it a shot.

“Dad would have been know as a footballer more than a hurler, but he was good at both. For Cuala, he would have won two or three county championships in 1989, ’91 and ’94, whereas he hadn’t that success football wise.

“But there was a very strong hurling tradition in Cuala. A lot of the same families have returned generation after generation. My father played with the Treacys’ father and the Schuttes’ father. Eddie Gough – Oisín Gough’s dad – has been there as a trainer and manager since Oisín was four or five, same with Declan Cronin. You do have that kind of family feel to the team.”

Yet, despite that tradition of hurling in the club, the O’Callaghans and their friends always earned some sideways glances in their younger years. Kids with hurleys were a rare sight in certain parts of the capital, but the dedication and persistence of clubs like Cuala and schools like Coláise Eoin kept the game alive, according to Cian.

“You go to Coláiste Eoin at lunchtime and you may as well be in St Kieran’s Kilkenny, everyone has a hurl. When I was in school there was a strange day that you wouldn’t bring the hurl into school.

“We’d have been on the bus, there was always three or four of us with our hurls and everyone thought we were a bit mad, inside in Dublin to be carrying a hurl round. It was like a religion at Coláiste Eoin.

“The likes of Aodán de Paor and Proinsias de Poire were great advocates of the game. When I was there Finín Máirtín was the principal and he is a big Olaf’s man. They pushed the game and really promoted it.” 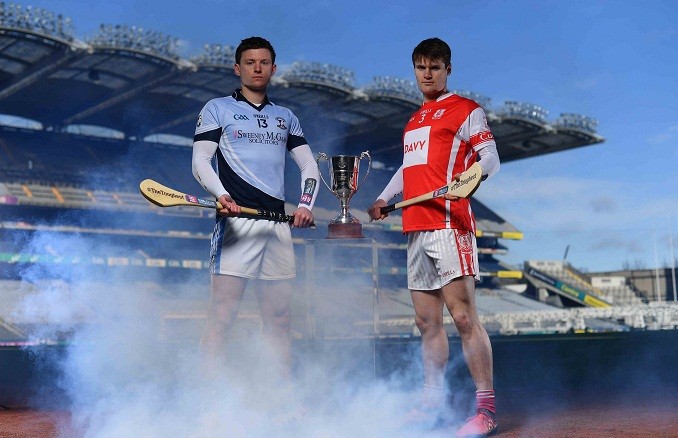 With preparations for the AIB All-Ireland club hurling final and now the replay dominating O’Callaghan’s mind, he and his fellow inter-county players from Cuala have been excused duty by new county boss Pat Gilroy until after the replay.

Five weeks have passed since that win over Liam Mellows at Semple Stadium, and every moment has been consumed in an effort to be ready for the Limerick giants.

Memories of the feelings and emotions that greeted the full-time whistle 12 months ago are hard to forget, but Cian says the squad have tried to insulate themselves from talk of back-to-back wins.

“As a player you remove yourself from a lot of the pub talk, I’ll call it. Coming up to last year’s final I was actually unaware of how much pride there was in with the older members in Cuala. Guys who trained you the whole way up, the fathers who had played before you.

“You’re not really aware of that as a player because of your own little bubble. We saw it then after Paddy’s Day, we realised what a massive achievement it was.

“But this is for us, we’re in our bubble; this is just another match on a long journey, and a match we are really looking forward to.

“You can’t let yourself outside of that bubble. If you get caught up in that excitement of the occasion and you will achieve nothing.

“With regard to Dublin, to be honest I haven’t even thought about it. I’m really enjoying the journey we’re on with Cuala. Our focus is only on the next day.