Ní Chaiside lifted the Bill & Agnes Carroll Cup last year and gave a memorable speech as Gaeilge. The 12 months since have flown.

“It’s been a good year” grins Ní Chaiside. “Absolutely amazing. Even from winning Ulster last year, through the whole All-Ireland campaign, the semi-final and into the final, and all that came after it. Being invited around different clubs with the trophy, talking to people about the winning experience and the club itself, the work that goes on there.

“It’s been a tough year too camogie-wise, to try to get back into the final. There’s loads of people that could sit back and be satisfied but when we were starting out again in the New Year, the management said they wouldn’t start back until everybody was ready.

“So the week before the league started, they had training for the second team but gave the seniors the option to come along. Most of them showed up so that showed we were still as eager and keen as ever. But we definitely needed a couple of weeks to celebrate and get mentally prepared for the year.”

That mental aspect was as important as the physical. If their hunger was in any way sated, they would not be readying themselves for another All-Ireland.

If they were drained from the 15-month journey to Croke Park from the time they commenced training at the beginning of 2016, and could not face getting back almost immediately to domestic fare, they would not be here.

If they had found those early local battles too mundane after the glitz of a March date in Dublin, they would have been defeated.

You enjoy the good times but winners want to keep winning as long as possible, because no-one stays on top forever. The best are always driven by maximising the opportunities that are available to them, and that they create for themselves.

So Slaughtneil garnered a fourth consecutive league and followed up by completing a three-in-row in the county championship. A second AIB Ulster title followed and now they are an hour from scaling Everest once more, having been the first Derry team and only the second from Ulster to do so. 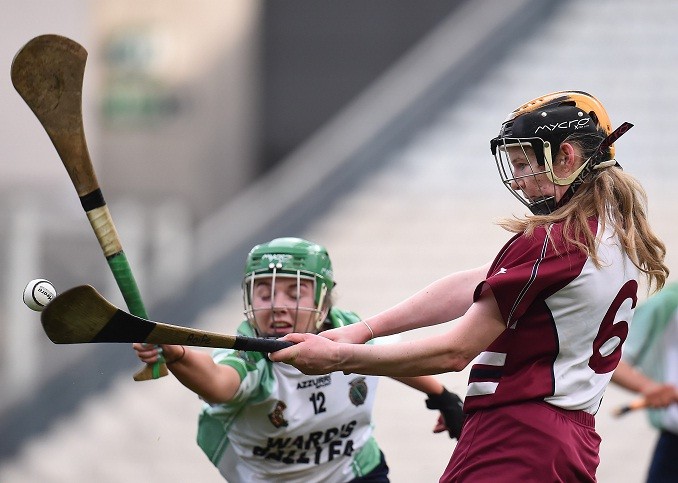 The proof of their enduring desire lies even deeper than the results themselves. It is embedded in the manner in which they were chiselled out.

Coming through tight battles, surviving backs-to-the-wall scenarios; that was a feature of last year’s campaign and it has been no different on their 2017-2018 odyssey.

They did not take the lead in the AIB Ulster Final until the 57th minute. And while never falling behind in the dramatic AIB All-Ireland semi-final against Thomastown, it took a monumental defensive effort into a very strong wind to keep the Kilkenny crew at bay in the second half.

They survived to bring the game to extra time and asserted their superiority to book a return to the hallowed ground at Headquarters.

Ask Ní Chaiside for details and she smiles coyly.

“I don’t remember games too well. Sometimes after a match I can’t remember what happened at all!”

It is an indication of the 23-year-old podiatrist’s single-mindedness with regard to her duties on the field; on winning the next ball that comes her way.

What she does recall about that semi-final is the type of game it was. Desire was everywhere. The Slaughtneil and Thomastown players had it in equal measure.

“The intensity of the game from the start. The tackles and the hits, the hooks and blocks. All that was in it. It was a good game to come through on the right side.”

Having survived examinations of that ilk before must help when you have to go to the well once more, one imagines.

“It probably does in the back of your mind, you’ve been in a similar situation and if you work hard and stay focussed, even if you’re behind, you can still claw it back.”

“You try not to. You always try to make the right decision when you’re on the ball.” 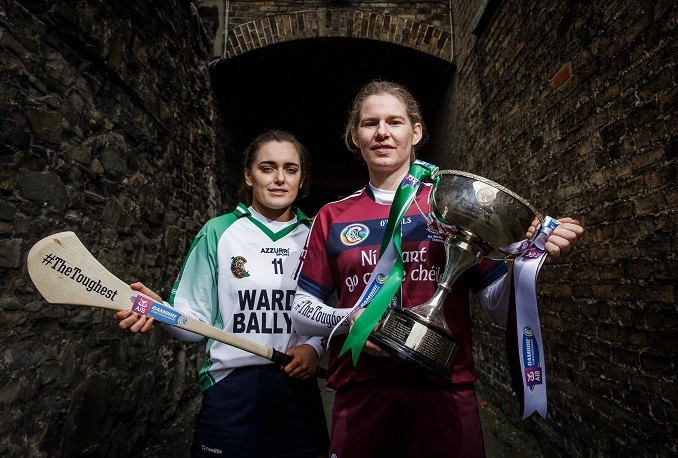 Ní Chaiside, who is joined as usual by her sisters Éilís and Bróna in the team, is adamant that there was never any talk of proving the historic success of 12 months ago was no fluke. They don’t feel the need to justify themselves. The results are in the record books.

They don’t need to contrive motivation. The future represents a completely new challenge and that was what they have focussed on.

“It’s hard to even go back and win your own county championship after (winning an All-Ireland). We set out to win the first championship game in the county and that’s what we did. Then it was the next one and the next one.

“At home for the first league matches, the teams we were playing against clapped us onto the field. That felt strange but then when you started into the match it was as rough as ever!

“I imagine it’ll be the same against Sarsfields, hard hitting with high intensity, just as the final was last year. That was very tough going, score for score. As long as we work hard, with the hooks and the blocks and the passes, hopefully the scores will come then.”