Kevin Downes: A second All-Ireland win with all your friends and teammates from the club would be unreal

After nearly 20 years of soldiering together, you’d like to think that Kevin Downes has seen the full repertoire of tricks from his Na Piarsaigh and Limerick teammate Shane Dowling, but even he was blown away by Dowling’s wonder goal that finally shook off a sticky Slaughtneil in the AIB All-Ireland club hurling championship semi-final.

Trailing by three points at half-time and soon down to 13 men following the sending-off of Conor Boylan and Tommy Grimes, a third All-Ireland semi-final defeat from four attempts looked on the cards for the Limerick and Munster champions. But Downes hitting the net before an audacious Dowling flick followed by a crisp strike sent Na Piarsaigh into next Saturday’s St Patrick’s Day decider.

The duo have been thick as thieves since they ferried water bottles for club teams in their early years, but Downes had never seen Dowling deliver at such a key moment.

“Shane’s goal was a bit of a help alright, it was something else. It was funny, we were playing away and it’s very serious business; you’re there to win. But I went to bat the ball down, made a mess of it and I fell over myself,” said Downes.

“The ball went back and I was very close to it. I saw him flick it over the goalie and then bang. I just burst out laughing, and said ‘Oh my God, what a goal’. It was an unbelievable goal in fairness to him, the skill needed was unreal.

“But something like that is just pure natural; you don’t think about that. He just has that natural ability. You might get a lot of lads trying that, even just flicking it up is hard enough, but to connect with it so sweetly on the way down, it was a unique bit of skill. He got a fair bit of traction online with that one.”

A year-and-a-half separates the two Na Piarsaigh danger men, with Downes (26) the senior partner. Downes was the year ahead at Caherdavin National School but they still won three Olo Cups together, and when they graduated to secondary school they played a huge part in Ardscoil Rís’s Harty Cup win in 2010 –along with club mates Alan Dempsey and Adrian Breen. 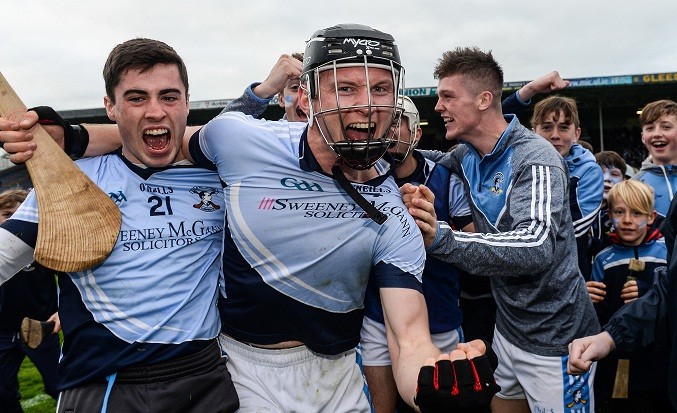 They were also both on Limerick minor teams and experienced Munster U-21 glory together in 2011 – a team that Downes skippered – but later that year a first senior club title for Na Piarsaigh was the crowning glory.

“I had a couple of older brothers, Tomás and Paul, who were playing and that way you immerse yourself in the game. Like any hurling family I was the youngest and I’d be out pucking around with them. You be getting belts of the hurley and come in with bloody noses, but that’s where you learn.

“Then you’d head down when they were training and myself and Shane, we were water boys for most of their minor, U-21 and senior games, we used to love it. If a senior fella asked you to puck him the ball it was like Christmas coming to you. It was great, watching these fellas gave you a bit of exposure to teams and players.”

Na Piarsaigh is a relatively young club, founded in 1968. While you can see its suburban base in Caherdavin from Downes’s home place, the rural village of Coonagh took some time to become urbanised as Limerick City sprawled.

On the back of Munster Rugby’s Heineken Cup successes in 2006 and 2008, rugby was an attractive prospect for many of Downes’s contemporaries, but despite being just a puck of a ball from Shannon RFC’s home and with Thomond Park dominating the skyline, the oval ball had no pull on this hurling addict.

“I never played rugby. It was funny growing up, Munster were going well and it was nearly the cool thing to do to play rugby.

“Munster was the aspiration for most lads and rightly so. Paul O’Connell and these boys were household names and they were only living up the road and you’d see them the whole time.

“But we always had a cluster of lads who were very much hurling people. We came from hurling families. I am 100 yards up the road from Shannon RFC and the only time I went in there was to practice my frees. I never had any interest in rugby.”

So instead of aspiring to be the next Anthony Foley or Keith Wood, Downes was desperate to pull on the green shirt of Limerick. Seeing his older brother make that breakthrough showed it was well within his powers to get there and the success of 2011 saw him debut under the management of Donal O’Grady. Stepping into that county bubble with his heroes was a huge moment, he says.

“My brother Tomás was the same age as Andrew O’Shaughnessy growing up and they were on county teams together. When I was very young, this ‘Shocks’ fella from Kilmallock was a household name. I hadn’t even seen him play at that stage.

“I remember seeing him in an U-15 or U-16 competition, he was the real idol of mine, and then I got to play with him in 2011. He was only on the squad for a brief time due to illness unfortunately, that was a huge thing for me.

“I remember the first night going training I was in his group in training and in the drill I found it very weird. There I was calling his name for a ball, it was a great thing. He was one of the main guys I looked up to.

“But there was plenty of lads back then. Brian Geary is a selector now, Ollie Moran, Damien Reale, TJ Ryan – my boss at work in Cube Printing – they were all the big names. It’s like anyone, you always look up to these fellas. They were all tough hurlers.” 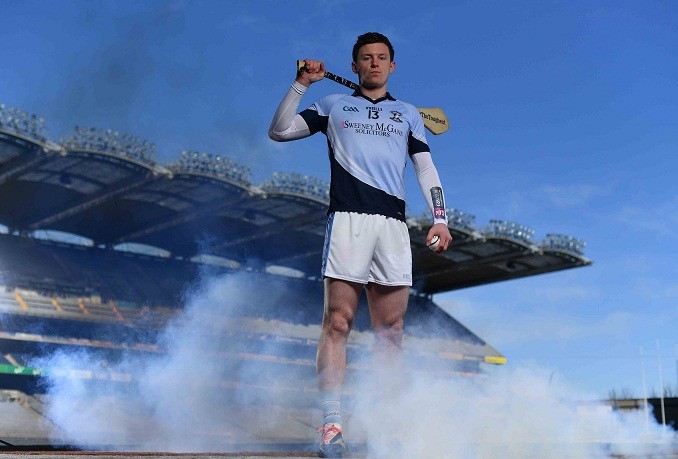 After two losses in the AIB club hurling semi-finals of 2012 and 2014, Na Piarsaigh finally made the big breakthrough in 2016, where they were crowned AIB All-Ireland champions after victory against Cushendall.

Since their first county title win in 2011 the club’s aspirations have changes exponentially, but being Ireland’s best club team again would mean so much.

“It was very important to us in 2016. We were the first Limerick club to win the All-Ireland. It was a huge day for the club and everything that goes with it, it was brilliant,” recalls Downes.

“In the years before we had lost a couple of semi finals, so to finally get to the final and win it was brilliant. It’s a huge day for every club player and supporter.

“I remember coming on the first year in the panel in 2008 and the goal that time was to avoid relegation, simple as that. Just try and win a couple of games and stay up in senior. We knew there was good young lads coming up, so we had to stay senior.

“You’d watch the final on St Patrick’s Day, it wasn’t a case if we’d get there, it was a different world to us.

“A second All-Ireland win with all your friends and teammates from the club would be unreal.”