Luke Connolly on bringing some Corkery style to Croker

Luke Connolly needed only to look through the fence for inspiration.

A decade and a half later, he’s hoping to replicate the very art that stimulated his passion. Few get to learn from a master, never mind earn a chance to repeat a lesson that has gone down in history.

It’s Paddy’s Day of 2003, the game is in the melting pot late on, and Colin Corkery takes a short ‘45, has the ball returned to him, and then set off fireworks in his white right boot. Nemo Rangers win the AIB All-Ireland club title.

The man he had studied from afar had delivered on the biggest day. A kid could but dream.

“I remember being in my room with a small TV watching it on TG4,” says Connolly. “I couldn't even tell you why I didn't travel up on the day but I remember the game and I watched that point a good few times in the past few weeks.

“It's one that you would love to emulate, and every forward wants to be to the one kicking a winning score in an All-Ireland final, and it's one to stick in the back in the mind.”

Nemo are an hour from glory once more, just 60 minutes of war with Corofin from winning a first club All-Ireland since Corkery’s masterclass.

Connolly, the most recent heir in the full-forward line, now finds himself shouldering the scoring responsibility. The former great was a selector in recent times and did a little work with the 25-year-old on his placed balls, but nothing more than tweaks. 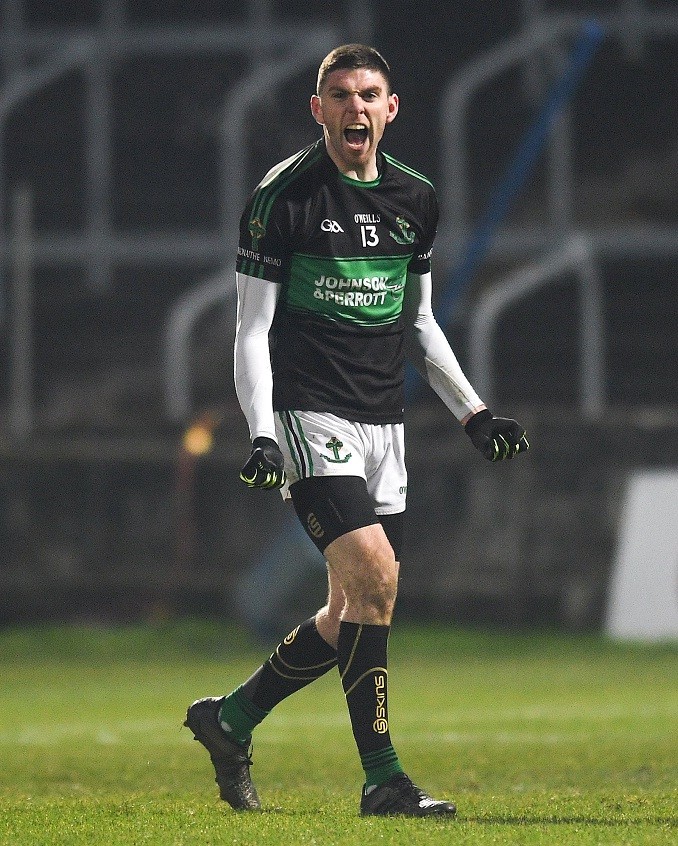 “It was only stuff about the run-up, running up at a different angle to try to get a better curl,” Connolly says. “Something small like that he tweaked, and that was it.

“And he never spoke to me again about kicking a ball. He would only say ‘do you want to practice a few?’ and just go out with me and kick the ball back to me. I think I appreciated it a small bit more that he only wanted to tweak something small, as it showed that I was on the right track, and kicking it well.”

A good free-taker can be the difference between winning and losing. No doubt Mayo have suffered in some big games in recent times, while Dublin’s winning scores in 2011 and 2017 All-Ireland finals came from cool placed kicks via the boots of Stephen Cluxton and Dean Rock respectively.

In a classic qualifier clash last year, Connolly hit an exceptional free to draw Cork level with Mayo late on. The Rebels went on to lose in extra time, but it was nice for the forward to know he has what it takes.

“It was nice to score because I had missed a score very similar to it several years ago in a Sigerson Cup final. I always remember it, and I knew going up to that score for me mentally it would show that I have a bottle to score under pressure. Because I always remember missing that kick against DCU IN 2015 in the Mardyke. It was the last kick to draw and I remember then collapsing on the floor when the final whistle went like that (clicks fingers).

“It was a big thing for me personally — although I didn’t think I was going to miss, I know plenty around me probably did think I would!”

Back with the inspiration mentioned at the beginning, it all goes back to when Connolly was just a slip of a lad learning how to manipulate an O’Neills. To when he was watching his idol, Corkery. 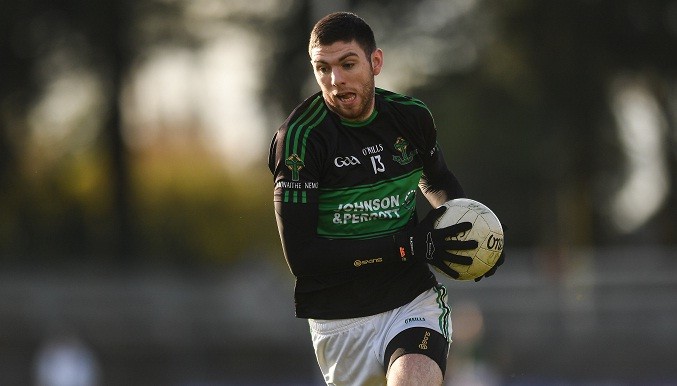 “He's probably at the top I suppose, particularly as a forward and a free-taker,” says Connolly of his influences. “The biggest thing for me was his style and his style of play — he did it his way. You see nowadays the physicality and the size of the players, they're in the gym 24/7.

“They're in the gym and they're built, but Colin did it his way. He played it his style, he was an outstanding kicker and outstanding with the ball and one of the top ones for me.

“I remember as a kid, and I lived close to the old Nemo, myself and my old man used to be down there kicking a ball around. Over on the other side was Colin Corkery kicking an American football — just practicing his technique.

“I was only young lad at that stage, and I didn't want to go near him because I was in awe of him. He was at the peak of his powers. And it's just that if a fellow at that level is getting something small from kicking a misshapen ball or something, it was something that stuck with me.I always remember being out there and saying to my dad, ‘Jesus that's Colin over there', and there he was kicking an American football.”

The question of whether Corkery was kicking the ball well or not draws a hearty laugh from Connolly.

“What do you think?! A stupid question really!”

He’ll be hoping to bring that smile, and some Corkery style, into Croke Park this Saturday.