Paddy Gumley: I was told to give up football at 26

Word spread about the man known as ‘Paddy the baller’.

There’s nothing unusual about an outsider working in Cork and wandering into Nemo seeing if he can train. Yerra you can, and the earth continues to turn on its axis.

This particular Cavan man was still playing his football with Red Hills anyway, but occasionally he’dtrain away with the juniors in Nemo to keep in shape. At the start of 2016, he threw his lot in with the club, and played with the juniors.

Soon, the intermediate side came calling, and not long after that, Larry Kavanagh brought him onto the senior set-up for the latter part of their championship season.

In 2017/18, his first full term, Paddy Gumley has become a crucial member of Nemo Rangers’ inside line. Not a powerhouse, not especially quick, but lordy lou he can play ball. An out-and-out baller.

Funnily enough, he gave up football between the ages of 15 and 21 because of a lack of interest, and admits it took a couple of seasons to get any form back. Ultimately, he found plenty of it, enough to be called into the Cavan panel and feature in the McKenna Cup.

All the while, Gumley was carrying a heart condition that was causing him to lose consciousness. There’d be a warning sign, precipitating his departure to a quiet area, where he’d let himself slip away for an unknown amount of time in private.

But then, at county training, in front of everyone, what he’d always feared happened, and pretty soon he’d receive some shocking news.

“I had an issue with my heart,” explains Gumley ahead of the AIB All-Ireland club final clash with Corofin. “It used to happen me when I was younger, it's a thing called HCM (Hypertrophic cardiomyopathy). Basically I have an enlarged muscle in my heart and when I exercise sometimes it's hard for the blood to get out, and it puts you into a bit of a seizure.

“It used to happen me when I was younger and I forgot about it because I quit football (for six years), if you know what I mean. So for 30 or 40 seconds I get a sensation that I know it’s coming on and I'd always make it to the toilet, and do what I had to do. Well, I didn't know what I do, because I would pan out like.

“But there was one night (in 2009) when we were up with the Cavan team and we were in a room after doing a couple of drills. I went to try and get out of the room and I hadn't time and I just collapsed, and it was the first time that anyone had witnessed it.” 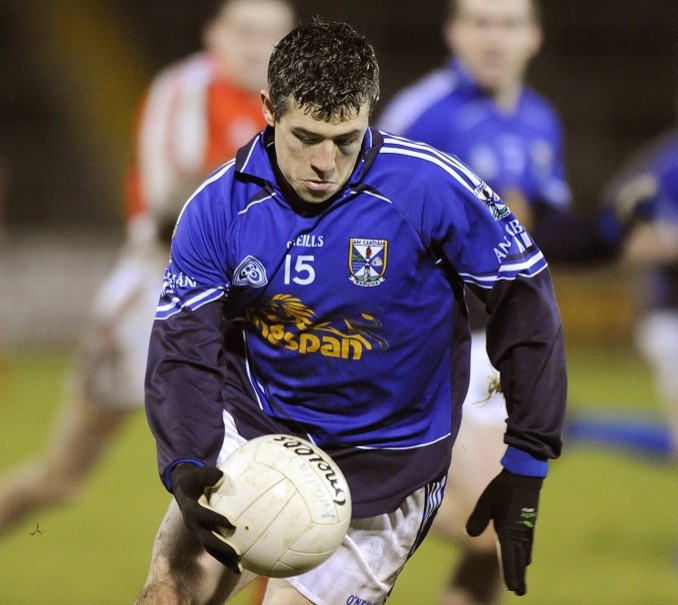 And this would regularly happen, and you’d just get on with life afterwards?

“Yeah, I’ll come to, and I’ll have pins and needles, and I'll be white as a ghost and be in a cold sweat, and I'll wait there for two or three minutes and go back and do what I have to do. Play away then.”

So back to the incident in Virginia with the Cavan team, where manager Tommy Carr was going through a drill that the team has just been running. The exceptions had pushed Gumley hard, and he could feel it coming on.

Gumley tried to convince the doctor and physio that he had simply fainted, but they weren’t buying it. His eyes had rolled into the back of his head, and clearly there was more to it.

When Gumley is asked if he might not take the condition as seriously as though who witness it, especially considering he is not awake to experience it, he laughs: "Probably, yeah."

“When I wake up, if you told me I was asleep for three weeks, I would believe you. I wouldn't have a clue where I was or how long I was out for. The only thing I could do is check a watch or something, I could be out for three minutes or something. I don't know, it's kind of like a sleep.”

That episode brought the matter to a head, and he was sent for scans which diagnosed the HCM condition. Dr Joseph Galvin in the Mater told him that he needed to take six months out from everything, including work, and they’d scan him once more. When results came back the second time, the muscle was the same size and he was told to retire aged 26.

“I was heartbroken because I'd missed so much and I was only starting to get back going,” says Gumley. “So I asked him ‘is there anything you can do?’ and he referred me to a guy in London called Bill McKenna, a professor.

“He is an expert in this field and I was told that he would tell me the same thing. I said ‘book him in anyway’, and was told I probably wouldn't get to see him for a year, which didn't bother me at the time anyway.

“But to cut a long story short, I got a phone call that there was a cancellation and could I make it to London. This was two or three weeks after.” 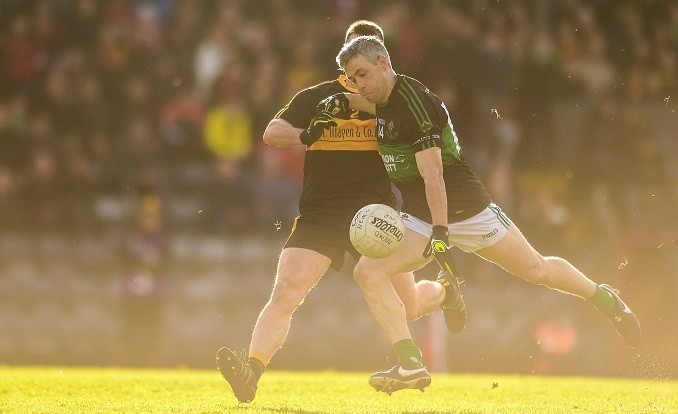 In the meantime, the classy forward had gone down a less conventional route, acquiring the services of a faith healer.

“Someone told me about the faith healer, and I said I had nothing to lose. He’s the seventh brother of the seventh son. His name is Martin Fall, based between Carrickmacross and Dundalk.

“I was sitting there and he was looking at me. He said ‘you'll be alright’ and I said ‘how do you know, a doctor told me no’. I wasn't out of there 20 minutes when I got the phone call from London about a cancellation.

“I went over to him and did the test, (and professor McKenna said) yes I do have it, but because of my age and everything he says that ‘if you don't over-abuse it, you can play for another year or two or whatever you want to do. Just don't maybe train at that level you were at and you'll be alright.’

"John Galvin couldn't believe it when I rang him, but I was told that this guy was the bomb when it comes to heart arrhythmias and things like that. He gave me the go-ahead and the rest is history, I've played ever since.”

It’s been quite a journey for 'Paddy the baller'. No football between 15 and 21, lining out for Cavan, being told he had to give up the game for good, coming back, and now facing into a first ever Croke Park appearance age 35 in an All-Ireland club final with a Cork side.

“It's mental, it's mental,” he laughs. “Sometimes you have to just wonder about how lucky I am too, not every lad will get this crack. Maybe it was all the sacrifice for this day and to get to this place. But it is what it is now, and that's pretty much it.”