Stephen Rochford: I think Corofin can win their second title in four years

As a player, and as a manager, Stephen Rochford’s knows the joys of Paddy’s Day. Back in 2001, as a corner-back on a Crossmolina Deel Rovers side led by Ciaran McDonald, he lifted the Andy Merrigan Cup.

Fast-forward to 2015, when Rochford made history by leading Corofin up the steps of the Hogan on AIB All-Ireland club final day, becoming the first man to win titles with different clubs as both a player and a manager.

Heady days, and a might of memories. Never to be forgotten, even if the Corofin journey is over.

“What comes to mind is the satisfaction of closing out what is a very long campaign,” says Rochford. “You play your first Championship game back in May — after maybe only finishing up in February — and you're going for a full ten months from first to last game.

“There’s a satisfaction in the football sense but there is the leaving Corofin on the morning of the All-Ireland, and thinking about the opportunity that lies ahead. That you could be coming back here with something that really pulls the community together and gets them all to the pitch in Corofin that night, and to be able to do that with the community is quite satisfying.” 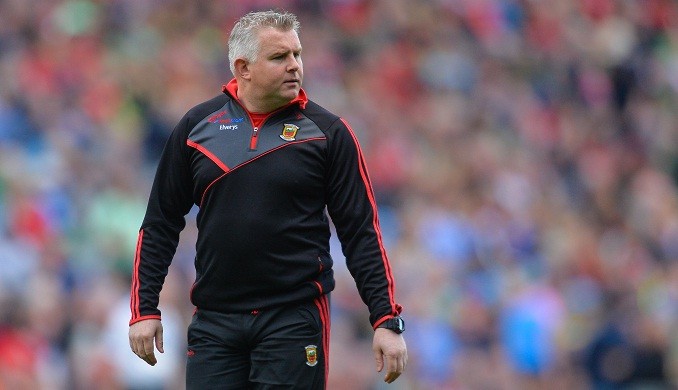 From afar, the Mayo man has watched his old charges rack up more Galway titles, add two Connacht crowns, and qualify for this Saturday’s decider against Nemo Rangers.

But while Rochford is removed from the front line of the Corofin battle, he’s aware of what they are about. From veteran stars such as Kieran Fitzgerald and Gary Sice, to the power of Daithi Burke, and the pace of Micheal Lundy. Big names, but just your regular GAA parish.

“Corofin is your typical rural GAA club, if you know what I mean, in the parishes of Corofin and Belclare,” says Rochford. “You could picture it on a postcard, it has a pub and post office in both villages and there's no more to it other than what goes on in the GAA club, which they are hugely passionate about.

“They understand all the traditions of what the club is about, or what I would see the club being about, and that's part of why we got on so well. It's not far from Galway city so they have an element of soccer. But if you want to play sport in the village, your number one was to play for the senior Corofin team.”

Rochford spent three hugely enjoyable seasons with the north Galway side, from late 2012 until his appointment as Heather County boss as 2016 approached.

The Corofin journey reminded him of great days with his native club, Crossmolina. No doubt there were common marks of the champion at both Deel Rovers and Corofin.

“From my own playing days, I was lucky to play with the likes of Peadar Gardiner and guys that had huge inter-county careers and were really great club men too. My experience of Corofin is that the likes of Kieran (Fitzgerald) was cut from the same cloth. He's a great leader and is a typical role model for the next generation that has started to come into the team.

“Twenty years ago when Corofin won an All-Ireland, many current players were just two or three years of age, and the likes of Kieran is still there. It just shows a commitment to staying in shape and being competitive and not allowing standards to slip. Just to make sure that you’re still at the level to complete and play a central part all the way to an All-Ireland final, it's a serious achievement.

“They can't have won five county titles in a row and three Connachts in a five-year period without having numerous leaders. Daithi Burke is certainly a leader for them, maybe not vocally, but in how he goes about his work on the field.

“Mike Farragher was crucial in my time, Kieran McGrath is another great role model in terms of how he's bounced back from injury and wouldn't miss a training session. Gary Sice and others obviously have huge inter-county experience but they always all come back to the club and come back to lead from the front. Micheal Lundy is another. You have great leadership there. 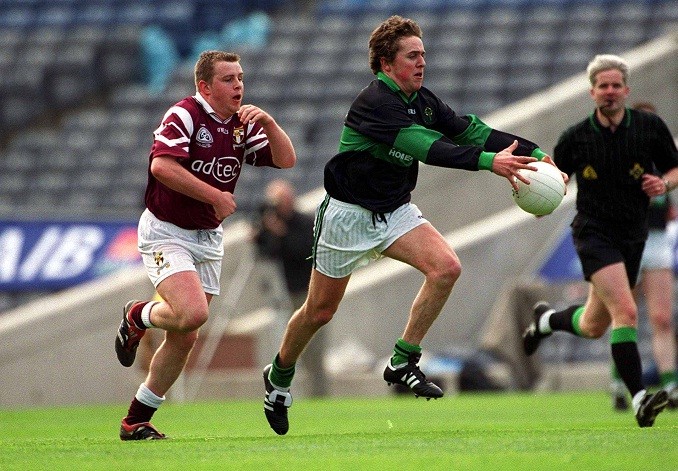 “Athletes like Peadar Gardiner and James Nallen, and we had the utter class of players like Ciaran McDonald and Johnny Leonard, and real talents like Michael Moyes. Going out there and trying to perform on the biggest club stage, and we had mixed results, we won one and we lost one (in 2003 to Nemo), and we were quite fortunate because many fine club teams don’t get to a final or do the ultimate.

“So to get to the opportunity then to do that too with Corofin and to think of all the families and all the memories that you have is very very special indeed. And it's very very hard to beat those memories.”

This weekend, Corofin are looking to create more. The 2015 winners up against a Cork side that has lifted the Andy Merrigan Cup more than anyone else (seven times).

“I haven't seen a whole lot of Nemo because obviously Mayo is my big focus at the moment,” Rochford smiles. “I didn't see their semi-final game against Slaughtneil but any team that beats Dr Crokes (in the Munster final) and did so with a bit of a margin, and to win in extra time against Slaughtneil tells you there is a lot of steel within that Nemo team.

“And they have lot of inter-county experience, and there's a massive tradition in the club. I had first-hand experience of that in 2001 and 2003 with Crossmolina, so it will be a tight, tight game.

“I think the surrounds of Croke Park is an area that will suit type of football that Corofin play and it comes down to whether Corofin win the lion's share of possession. Because I think they have a forward line that would give plenty of inter-county teams enough to think about. If they can do that, I think they can lay the foundations for a second title in four years.”