TWENTY years later one club admits it was the greatest escape in their history and their opponents still regard it as highway robbery of the most audacious kind.

When AIB sought out a great GAA rivalry to illustrate their new mini-series 'The Toughest Rivalry' to be broadcast this summer, it didn't take long to come up with a classic.

Even before throw-in the 1998 All-Ireland club football semi-final between Dublin's Erins Isle and West Cork's Castlehaven had loads of sub-plots.

It pitted city versus country and teams from two counties who had recently won All-Ireland senior finals; Cork in 1989 and '90 and Dublin in '95.

Both teams were gifted with some of the biggest stars of their generation. 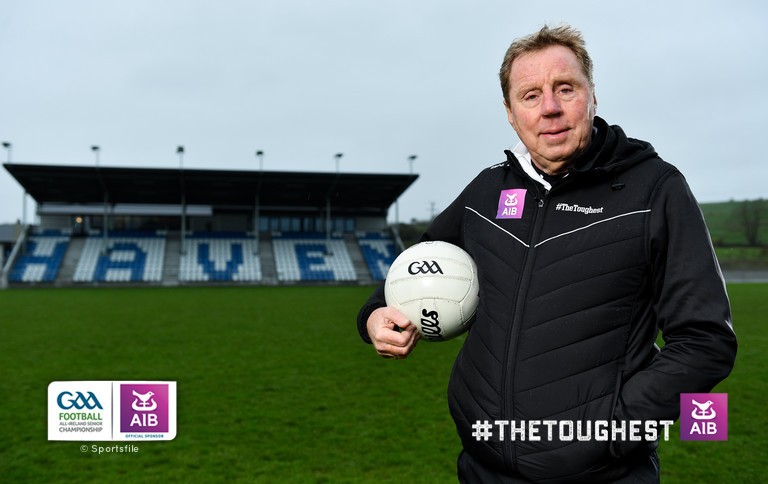 Erin’s Isle, from Finglas, could not have had more quintessential Dubs in their line-up than totemic players like Charlie Redmond, Mick Deegan and Keith Barr, whose two brothers Johnny and Eddie were also key men.

Castlehaven was a tiny coastal club from the heart of West Cork but it too contained footballing giants, particularly Cork stars Niall Cahalane, Larry Tompkins and John Cleary, though Cahalane was suspended for the infamous game.

What transpired when they met in Thurles is still talked about with shaking heads and rolled eyes, especially in 'Haven.

The dramatic final moments were brilliantly captured by the Irish Independent's Vincent Hogan next day where he wrote there were “fairies in Tom Semple's field” and a feeling of “crime, mystery and black magic” after Erin's Isle stole the most contentious of last-gasp victories.

With just 13 minutes left Redmond was controversially sent off, reducing the 'Isle to 14-men and six points down but a Ciaran O'Hare goal got the margin down to two as the clock ticked towards the red zone.

What happened next, well that remains a blur and point of debate, even for the neutrals who were there to witness what happened on February 23, 1998.

A long ball from the Dubs looked to be dribbling wide but Robbie Boyle spooned it back across the Castlehaven goalmouth to a goal-line that was suddenly vacant and Niall Crossan shot.

The ball hit one post, then ricocheted over to the other and came out but a green flag went up.

Did it cross the line? Did it hit a stanchion? Opinion is still divided but the match officials gave a goal, the whistle blew and Erins Isle stole it by a point while Castlehaven stood rooted to the spot in disbelief.

“Two attacks, two goals, the only breaks we got all day,” admitted Keith Barr while Cleary murmured: “It's just a freak. We're shell-shocked.”

Two decades later both clubs are up for a big re-match and the added twist is that they will be prepared for it by two renowned figures from Premiership soccer.

Erin’s Isle, who lost the subsequent All-Ireland final to Corofin of Galway, will be managed by Gianlucca Vialli who was not only World Footballer of the Year in 1995 but managed Chelsea and Watford.

Castlehaven will be managed by Harry Redknapp, the epitome of a classic Cockney and one of the wiliest and longest serving managers in the Premier League.

They won't be doing it alone as their assistants will be two men who played key roles in 1998, and with their help and insight Vialli and Redknapp will be exposed to all aspects of a GAA club, on and off the field.

AIB believe that GAA, as #TheToughest sport of all, is built upon rivalries at club, county, provincial and national level that bring out the best in everyone involved.

The Toughest Rivalry allows two very different sports' worlds to respectfully collide, providing an opportunity for each to learn from one another and grow in knowledge and skill.

Exposing some of professional soccer’s biggest talents to GAA sets the stage for a compelling journey into the drive and determination that builds powerful teams and will underline the passion and pride created by unwavering community support.

To prepare himself Harry Redknapp even paid a visit to his local Connacht championship team.
The London footballers are currently managed by ex-Wexford captain Ciaran Deely whose work in sports science and fitness once brought him to Queens Park Rangers academy. Redknapp is a former QPR manager and a mutual friend at the club put him in touch with Deely.


Redknapp said: “I am thrilled to dive into the world of GAA. I took a trip out to London GAA training last week before arriving in Castlehaven to see what it is all about. Having been involved in professional football for my whole life, I am really looking forward to working with AIB to get a real understanding of this sport and the central role it plays in Irish life, not to mention getting one over on Vialli in the re-match.”

Vialli, who managed Chelsea to third place in the Premiership and an FA Cup title said:
“I am very excited to embark on this journey with AIB. I have learned a lot during my 30 years involved in professional football as a player and manager, but I am delighted to get the opportunity to come to Ireland and learn more about GAA. I am interested in seeing what it is that makes this sport so special.”