This championship seasons see the inaugural Super 8s, and it’s been a tough task to predict who will get there.

The draw means that when one of Mayo or Galway loses their Connacht clash, they could quickly end up meeting another big gun, such as the losers of Donegal v Cavan or Tyrone v Monaghan in a qualifier — depending on the draw, of course.

While I’ve picked eight teams below, they are not necessarily named in order of the top teams in Ireland. There has to be an acceptance that some quality teams will fall by the wayside after losing in the provinces and getting a tough qualifier draw.

The Super 8s will be interesting, based on who comes through the provinces as champions. By staying in the front door, you are guaranteed to avoid pitfalls, know when you are playing, and what way to alter your training program for the year.

We won’t know the full layout until we nearly get there but there will be two group of 4, as follows:

B. Ulster Champions B. Connacht Champions

Group 1 Winner Vs Group 2 Runner Up

Group 1 Runner Up Vs Group 2 Winner

The thing that stands out about Dublin is that nothing really stands out. They are the same machine no matter who plays for them. Who else could cope without the qualities of Diarmuid Connolly, Bernard Brogan, Cian O’Sullivan and Jack McCaffrey for the league campaign and roll on regardless? They have a conveyor belt of talented footballers coming through, and we’ve seen how Niall Scully and now Eoin Murchan have slipped in seamlessly. I will say it again, great credit is due to Jim Gavin for creating this scenario in Dublin GAA.

They will coast to another Leinster title, and that makes them one of just two certainties at this present time to make it through to the Super 8s. Kildare have lost all of their league games while every other challenger in Leinster finished outside the top 12 during the spring.

I see Kerry as the only other nailed-on side for the Super 8s. Clare are a very good team who have been developing for the past three years and have made great progress, but you’d imagine the Kingdom will be too much for them in the Munster semi-final. Once there, Eamonn Fitzmaurice’s side will be into a provincial final that he most likely will win.

They’re not much more of a force this year than in 2017 but they have added some young players — the likes of David Clifford and Sean O’Shea — and they will grow as they get experience at Croke Park. But the team is still lacking a full- and centre-back, which could be their downfall as the season goes on.

They were criticised last year for playing with a sweeper against Mayo and while going man-to-man is very important, everyone has some element of cover in their team. Kerry are often lauded for being this expansive county, but they’re cute enough too in terms of funnelling lads back. They just need the balance, and get these young lads used to opening up space at Croker. 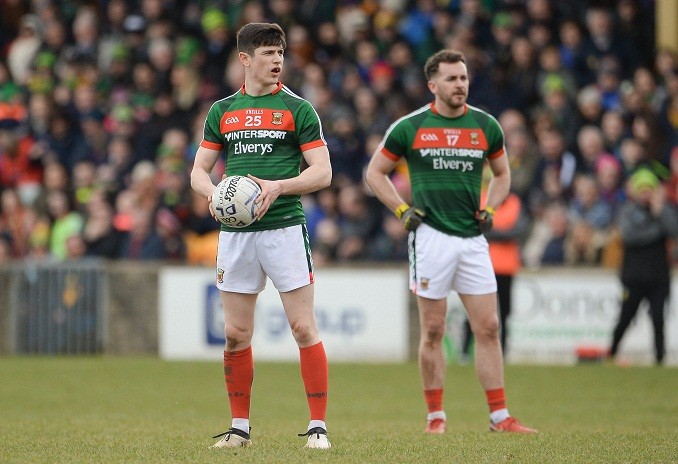 It’s incredible to see the buzz around the place for the Galway v Mayo clash so far from the Connacht SFC meeting on May 13. Club are already organising busloads for a game that is going to be a sell-out. Whoever wins this should end up lifting the provincial crown, even if reigning champions Roscommon should ease to the final in the handier side of the draw.

Mayo have injuries and Lee Keegan is irreplaceable, and I wish him well with his recovery from injury, but Eoin O’Donoghue looks a good option now. Chris Barrett and Keith Higgins will be back in contention for this game. The latter spent the spring hurling for the county, and though you wouldn’t see that in Dublin or Galway, I think he needed it for freshness and it’s no bad thing.

Still, Stephen Rochford hasn’t found that one forward needed to get Mayo over the line in the big games, as this is what cost them down the final stretch against Dublin last year and the year before. Maybe Conor Loftus will be that man but he needs more games on a consistent basis. It’s interesting that they scraped past Donegal in Ballybofey to save their Division 1 bacon, but so easily things could be wildly different if they were going into Connacht off the back of a relegation.

The miles might be on the clock but they’ve shown they know the road to Croke Park.

I can’t call who is going to win between Mayo and Galway, but it’s hard to back against either getting to the latter stages of the championship. There’s been huge progression this year under Kevin Walsh, that’s evidenced in how they won more points than anyone else in spring and gave Dublin a great battle.

Kevin has made them hard to play against, but what pleases me most is that they stand up to the physical stuff and don’t take a step back. You need that edge to become a top team, whereas in the past we might have drifted out of games. The players are working it out on the pitch.

The team is still developing so it’s no surprise to see that they haven’t yet got the experience of how to win on big days at Croke Park, but they’re moving in the right direction. With Damien Comer upfront, they’re looking a serious outfit with a great focal point, and a couple of Corofin lads and Micheal Daly are to come back in.

I think making the Super 8s and possibly an All-Ireland semi-final this year would be huge for this group.

Mickey Harte’s men might not have started the year as they wished but they’re coming into the Ulster championship with a pep in their step. Sean Cavanagh might be gone but what they need now in attack is more pace, and Lee Brennan could well be the solution to that issue.

This team needs more scorers and they need to develop a plan B, something they did not have once Dublin opened them up in last year’s All-Ireland semi-final.

They go through Ulster playing these claustrophobic games where every other side is mimicking them, and struggle to adapt to a new style when they meet the big guns in Croker. I think they need to always leave three or four attackers in the opposition’s half if they want to kick on to the next level.

Because they have a familiar team, it’s about evolving. Peter Harte is a class player but he has been there for a number of years now, and this team needs to start making hay. Time for the breakthrough.

They’re just a strong, consistent Ulster team, and it’s hard to back against them making the Super 8s. As with most teams here, the draw could make a liar of me yet, but they still have Conor McManus. He is one of the best forwards in the country, Jack McCarron is quality, and Conor McCarthy is looking a real find after his impact with UCD.

They don’t have a huge pick but I’d often be up in the county so I know how much Malachy O’Rourke is getting out of them. They have a huge passion for the game up there and they certainly won’t be lacking effort but again like Galway and Mayo they have a huge game against Tyrone up first in the Ulster Championship. 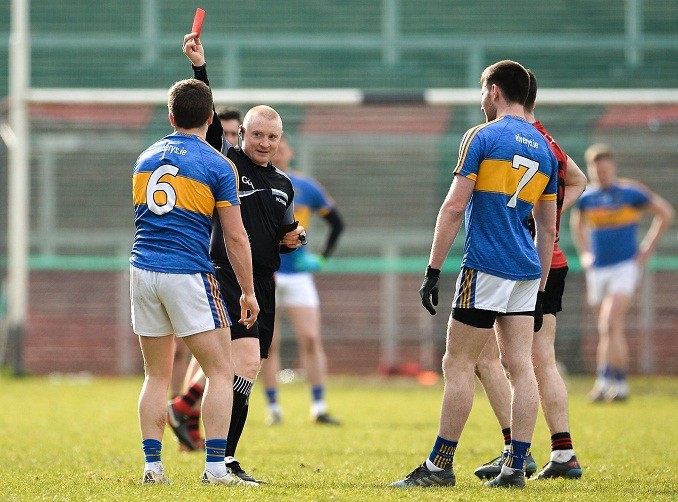 I have them in line for the Super 8s largely because of the draw in Connacht this year. All they have to do is beat the winner of New York v Leitrim and they’re into a provincial final. Even if they lose that, they’re still just a game away from the two groups of four.

I think Kevin McStay is bringing them along all the time and they are a better team than in 2017, when they won the Nestor Cup, and some of the lads who had underage success have now matured.

But they look a bit suspect at the back, as we saw against Cavan recently, so they need to tighten up there.

It’s as simple as this: I think Tipp will beat Cork in Munster. Yes, Kerry are likely to win the provincial final but that leaves the Premier just one win away from the Super 8s, and few teams have the firepower they have in Michael Quinlivan and Conor Sweeney. Again, they could draw a big gun like a Donegal/Cavan or a Mayo/Galway, for example, and that changes everything.