Sean Moran rolls it over, and concludes that getting married at 25 is countercultural.

He hadn’t thought much about it before, but he’s the only member of the entire Cuala senior panel who has tied the knot. A wry smile breaks out as he suggests that a few suitably aged players may go weak at the knee before the year is out but, right now, Moran stands alone.

It’s been quite a few months for the inaugural AIB GAA club hurler of the year. Marriage in December, a honeymoon in late January, a thrilling goal to save Cuala’s bacon against Na Piarsaigh at Croke Park, and a man-of-the-match performance in the replay.

A bee might not be so busy, but that’s the way he likes it. He’s back on the carousel once more with Dublin too, and it’s a wonder he was able to fit in a wedding at all. We start by pointing out his solitary existence as the married man in the dressing-room.

“Jeez, I wasn't expecting a question like this out of the gate,” he laughs. “I guess it is a bit bizarre and it might kick off a few proposals this year. It's a bit countercultural I guess getting married at 25... I don't know maybe it is a bit weird.”

For those interested, the Central Statistics Office said that the average age of opposite-sex marriages in 2016 was 35.7 years, so he’s well ahead of the curve. Finding time to squeeze it in was a real challenge for the couple.

“We got engaged on New Year's Eve off 2016 heading into ‘17,” Moran says. “So, we were talking and trying to figure out of date, and she was saying she'd love a summer wedding. Straight away I was saying that was going to be hard to do because I can't get a weekend when I know for sure that we wouldn't have a match or something.

“So, I knew for a fact that December is a month where normally... the Leinster club final is usually the first or second week of December so the later end of December or early January is normally where you can get away with it. That's usually when you get a bit of down time so I thought that would be the best. So, we got married on the 28th of December.” 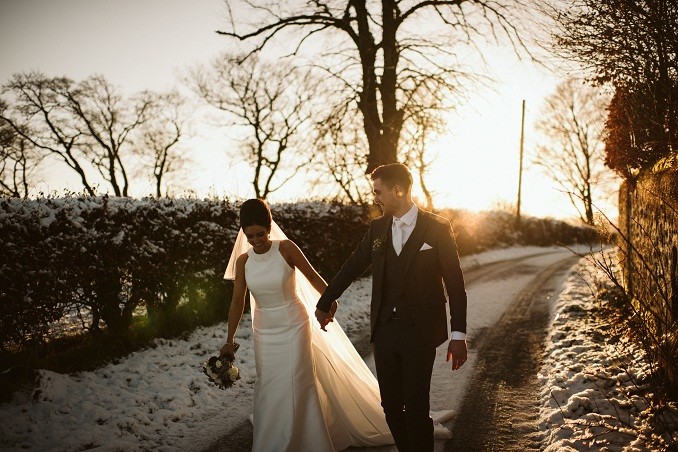 Hurling, however, is a harsh mistress and it demands huge commitment at both club and county level. Organising the time off for the wedding wasn’t an issue, but there was the small matter of explaining to manager Mattie Kenny that the couple would be heading off on their honeymoon shortly before the All-Ireland club semi-final clash on February 10.

“I think Mattie is probably a lot more demanding than Carla would be!” Moran jokes. “We went on our honeymoon for the last two weeks of January and I remember sitting down after the Leinster final, and I waited until after... Mattie likes of glass of wine so I waited until he had one or two, and I told him then that I was going on honeymoon for the last two weeks of January. Carla had exams at the start of January so we couldn't go then. He kind of just looked at me with a stare of just 'no you're not',” and again he laughs.

“So, we had a conversation then he said, 'listen yeah that's fine,' you've got to do what you got to do'. He then told me that 'when I go on my holidays I always get up early and go for a run. I might have a glass of wine or two but that's it and it get to bed early so I presume your holiday will be something similar'. So, I gave him the token... I let him hear what he wanted to hear. So, he was onto me a bit when I was over Mexico, and I was trying to not pile the weight on two weeks before an All-Ireland semi-final. I was moderately successful at that, I think.”

Moran attempts at presenting a squeaky-clean image from Cancun didn’t quite go to plan though, as he recalls with a grin.

“It was all-inclusive, all food and drink. So, you're waking up at 10 o'clock in the morning and going out on the beach and enjoying the sun, and you've people coming around offering you cocktails. It's a once-in-a-lifetime thing so you want to enjoy it as well.

“Then you realise that Mattie had been onto you in the morning saying will you put a photo up on the WhatsApp group to show you're doing a run. Meanwhile by 12 o'clock, you've had your few cocktails and the run becomes a bit more of a stumble.

“We didn't coordinate our social media releases between my WhatsApp and Carla's Instagram too well. I think she put up a video or picture of us having a cocktail and then two or three hours later I put a photo up into a WhatsApp group saying I did a run, and I got a lot of questions back from the lads asking was I running or having a drink!

“But it was one of those events you have to enjoy it but you have to try and manage yourself, because at the end of the day you'll come back after drinking and eating for two weeks then you wouldn't be fit to play. I managed to get in a few sessions and a few runs and that type of thing.”

The story of many inter-county players today is joining county development panels and staying under that umbrella until they retire from duty. Moran’s path has been different. After being called up to the panel by Anthony Daly in late 2012, he was let go before the start of the 2013 league. Even so, he had organised an exchange through UCD to study for a year in San Jose, California, which he thoroughly enjoyed. Then followed a year in Glasgow doing an internship as part of his masters, before coming back full-time in mid-2015.

Three county titles, two Leinster and a couple of All-Irelands have followed. “Rags to riches,” he describes Cuala’s success, such were the years of wilderness that preceded this current run. The margin between victory and defeat can at times be almost imperceptible, which is not lost on Moran. 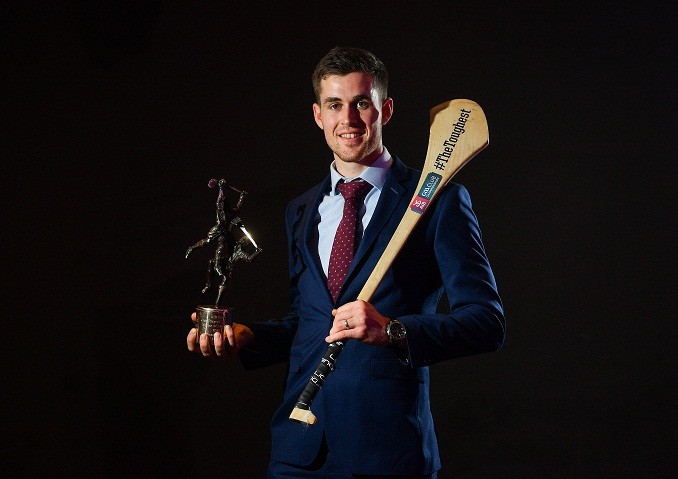 Three points down to Na Piarsaigh with nothing left on the clock, he stood over a 21-yard free at Croke Park on Paddy’s Day. Did you think you were going to score?

“You have to. I guess I just wanted a shot…. Colm Cronin drew a foul, and he had just passed the ball to me after he was fouled. I was very fortunate to get an opportunity. You don’t really get a chance to practice 21-yard frees in training, because you’re not going to get six lads to stand in the goals for you, they’re not going to agree to that.

“So, if you were practicing penalties, you’d always favour accuracy over power, and I was thinking to myself ‘what do I do here?’ So, I looked up and saw six lads, so said I’ll just hit this as hard as I can. You probably have a one-in-three or four chance if you hit it as well as you can… someone got a hurl to it and it just went over the line.

“You talk about winning and losing, and that’s how fine a margin it is. If that was saved, it’s a different year for Cuala and a different outlook. Then David Treacy hit the levelling free (to force a replay) in the swirling wind, and I think he was 12 from 12 that day which was incredible. We knew then we had another chance and we learned a lot, and adapted our game plan a bit. Once we got another chance… it easily could have gone the other way, but thankfully we’ll have this to look back on.”

There was still the small matter of that titanic replay in Portlaoise. Six points down with 20 minutes to go, the Limerick men would lead by the 59th minute. Neither side ever backing down across 140 minutes across two games. Finally, Cuala got across the line, and the waterworks began to flow.

“I did have tears, yeah,” Moran says. “I got man of the match in the second one and the TV guy came over to me (about an interview), and I said, ‘just give me a minute’ because I wanted to take it in.

“My mum and dad were there within five seconds of the final whistle and gave me a hug, and Carla came in, and you look around and there’s a sea of red. Yeah, you definitely do have tears in your eyes, with the crowd swarming in. I remember after last year (when beating Ballyea in the club final), I was trying to take it in, but I was almost caught up in the occasion. So, this year I really wanted to appreciate the achievement, and it was incredible.

“It's been a bit of a rollercoaster of a year, and I haven't had a chance to stop and appreciate it. But it's been a phenomenal year, success after success, and it's been really enjoyable.”