Some cracking first round County Championship games this weekend

April is club month and there’s a host of top fixtures coming down the tracks this weekend. There’s a meeting of men who won the All-Ireland SHC last year, while one Mayo star should make a debut for his new club.

This pair has taken home the Tommy Murphy Cup six times on Paddy’s Day between them across their histories. The All-Ireland club champions of 2014 (Portumna) against the semi-finalists of 2016 (Sarsfields), this is a clash of two sides who have recent experience of lifting the Galway title too. Not only that, but some of them hoisted the Liam MacCarthy on the steps of the Hogan Stand this past September. Joe Canning, the reigning Hurler of the Year who may line out midfield, will lead the Port’ challenge and will be ably assisted by Damien Hayes, Kevin ‘Chunky’ Hayes, and Andy Smith, among others. Joseph Cooney is the star turn in the Sars’ side but Portumna’s forward line looks to have more scores in it.

Liam Mellows won their first county title in 47 years under Louis Mulqueen last season and will be looking to back that up immediately. The city club have plenty of class in David Collins, Tadhg Haran, Aonghus Callanan and ace free-taker ﻿﻿Adrian Morrissey. Craughwell came up short against Gort in last term’s county semi-final replay but will fancy going one better this season. They have young gun Thomas Monaghan in attack, with Niall Healy usually troubling the umpire and their flags. A tough game to call.

Nemo Rangers were only beaten in the All-Ireland final just under three weeks ago but already the pretenders to their Cork SFC throne are lining up. Valley Rovers are expected to beat Mallow in the other Leeside game of the day but Douglas are only narrowly more fancied than Bishopstown here. This is a clash of two city clubs who have flattered to deceive in the past. Douglas should have the Cadogan brothers (Eoin and Alan) in tow to help them recover from some poor league form, while Jamie O’Sullivan will lead Bishopstown who have also had some chequered results. Douglas by a nose. 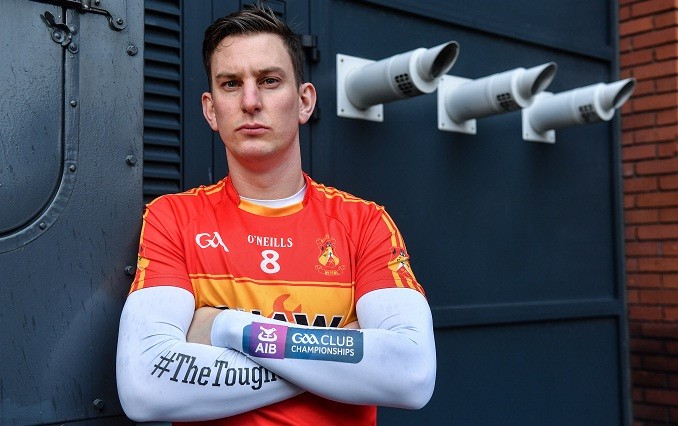 Ballina beat Castlebar in the group stages last year, and even though they crashed out with a whimper to Garrymore in the quarter-finals, they still look as though they are a coming side. David Clarke, Ger Cafferkey and Evan Regan (who has been out with injury of late) are the current Mayo men among the Stephenites crew. One man who switched clubs from Ballinrobe, Donie Vaughan, is in line to make his Castlebar debut in this clash as they chase a four-in-a-row of county titles. Paddy Durcan and Barry Moran should help Mitchels across the line.

An Ghaeltacht won the Kerry IFC in 2017 but they are far from novices at this level. Indeed the vast majority of the West Kerry outfit that made a senior county semi last term were comprised of their players. Brian Ó Beaglaoích, as ever, is their key man in defence. Austin Stacks are old dogs for the hard road and last won a title at this level in 2014, with Kieran Donaghy leading the line. David Mannix may well be the scorer-in chief again this year, as Stacks should get off on the right footing.

O’Rahilly’s went out tamely in the county semi-final last year, albeit by just a point to South Kerry. The former have class in their team in the form of Jack Savage, Barry John Keane and Tommy Walsh, though the recurring injury issues of Walsh continue — indeed a hamstring blow plagued him in that season-ending loss of 2017. Dr Crokes have won four of the past six Kerry crowns but were rocked when Nemo Rangers usurped them as Munster kingpins. The 2016 AIB All-Ireland club champions are led by Colm ‘Gooch’ Cooper but also have Fionn Fitzgerald, Micheal Burns, Johnny Buckley and Co in their ranks. It’s hard to back against Crokes.

Dunshaughlin haven’t won the Meath championship since completing a three-in-a-row from 2000 to 2002. How intriguing then that the Drumree Road side’s season throws in against a Simonstown outfit looking to win back-to-back-to-back crowns, having never won it before that. The quality of Pauric McKeever, Mark McCabe, Shane O’Rourke and Sean Tobin should see Simonstown across the line. 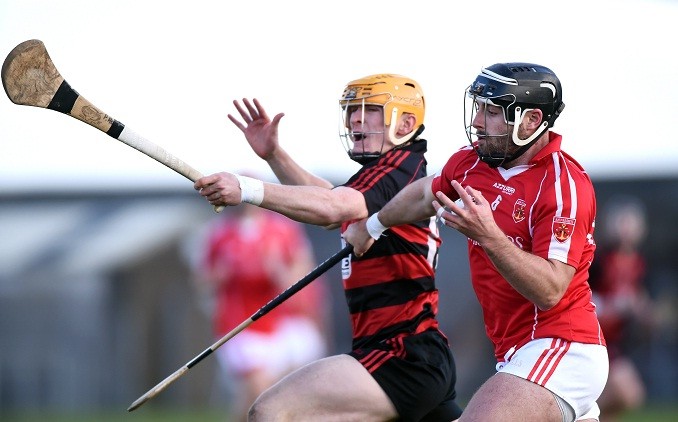 Noel Connors leads a Passage side that last year made the semi-final — losing to De La Salle — and the season before suffered a heavy loss to Ballygunner in the final. They tend to make it to the latter end of the competition, but they are already on the back foot this season after losing their opening clash with Lismore. The format in Waterford has changed form two groups of six to three pools of four, so Passage need now to beat Mount Sion and Roanmore to progress. Mount Sion are under new management and are bringing through a number of last year’s minors such as Luke O’Brien, Eddie Cullen, Evan McGrath and Alan Kirwan. No doubt Austin Gleeson (who misses this game with a hamstring injury) is their main man, but county panellist Stephen Roche and goalkeeper Ian O’Regan add to that.

Lucan have been one of the main contenders for the Dublin title in the past number of years, though only in 2013 have they made the county final stage — when beaten by three points by Ballyboden. Indeed a side led by Chris Crummey, Johnny McCaffrey and Peter Kelly knocked out Boden last year but it wasn’t to be their season. Crumlin have some exciting talent among their ranks, most notably in twins Ben and Alex Quinn. Lucan get the nod this Sunday.

O’Toole Park is a tight and claustrophobic setting for any club match and this could be an attritional affair. Danny Sutcliffe returns to club championship action with Jude’s after his stint away in America — though of course he has been playing with Pat Gilroy’s Dublin set-up since the tail end of last year. Michael Carton and his brother Peadar bring inter-county experience to the O’Toole’s side.