Brian Kavanagh was just a child when Longford last locked horns with Meath in the championship.

The year was 1995, Robbie Williams was on the cusp of leaving Take That, the first episode of ‘Father Ted’ had just aired, while Steve Collins and Chris Eubank were bringing the boxing world to a standstill.

All the while, Longford were plotting the downfall of the Royals. A side consisting of the myriad talents of Colm O’Rourke, John McDermott, Graham Geraghty and Tommy Dowd arrived at Pearse Park, and into a fevered atmosphere.

Kavanagh glided into the stadium alongside his Dad and an uncle who was from Meath, paying particular attention to fellow Ardagh clubmen, Nicholas and Eddie Farrell. At just nine years of age and “with the optimism of youth, I was very confident we’d win.”

“I was at the game in 1995, it was the last time Longford played Meath in the championship,” says Kavanagh, who retired before the 2017 championship. “It was in Pearse Park and Meath gave us an awful trimming that day (4-15 to 1-10).

“Colm O’Rourke and these boys were coming to the end of their careers, but Meath went on to win the All-Ireland the following year in 1996.”

“But the landscape has changed now and Meath have been in Division 2, and they’ve had a Jekyll and Hyde league (in 2018). They hammered Clare in Navan but then Tipp put a lot of scores on them, Cork beat them, and Cavan did as well.”

“It will be interesting to see what Meath team shows up on Sunday, because there will be more pressure on them with the tradition they have. They would see themselves as a traditional superpower, so if they come down to Pearse Park and lost, there will be people calling for heads back at home.”

Kavanagh, outside of the O’Byrne Cup, never played against the Royals in competitive action. It’s incredible to think that the Leinster draw hasn’t pitted these two sides together for 23 seasons, while you have to go back to ‘82 for Longford’s most recent win in this fixture. 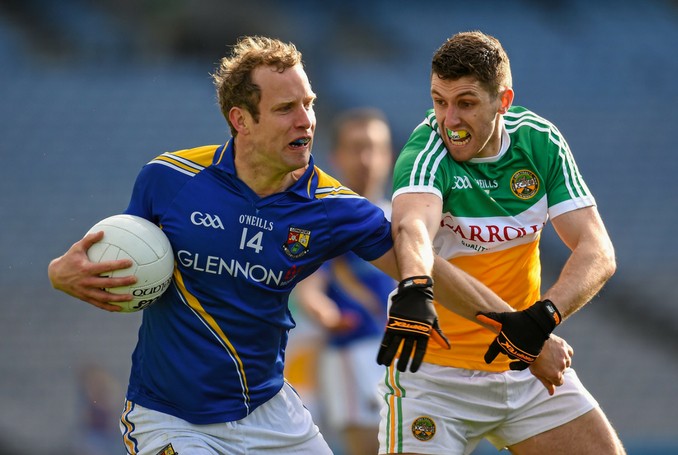 Perhaps even more amazing is that Longford have failed to qualify for a provincial semi-final since 1988, meaning this Sunday is a chance to break a 30-year run of pain.

“It is mad when you think about it,” says Kavanagh, who transferred to Kilmacud Crokes in 2008.

“Because I suppose we’d have to win two games and Longford have struggled to put back-to-back performances together in Leinster.

“The last few years, we’ve had the better of Offaly but then you might have an away draw or meet the Dubs, or something like that. We never had a draw when we’d meet teams around the same level as us when we were trying to reach the semi-final.

“So yeah, it is a long time, yeah, and it has been mentioned to us and we had the label of being ‘qualifier kings’ for a few years when we took big scalps. That was always on the back of a Leinster championship where we had to take a look at ourselves and give it another shot, so maybe that was another reason why we were good in the qualifiers.”

“No, there isn’t (any fear in playing Meath this weekend),” he adds.

“When you go back over the past few years, the majority of this Longford team went up to Clones and beat Monaghan (in the 2016 qualifiers), and a lot of the same team have produced the goods against Derry (in 2014), and we were unlucky against Cork in the qualifiers two years ago.”

“They have nothing to fear at all, Pearse Park is a fortress, the boys are so used to playing there and there’ll be a massive crowd. It’s great that we have a home game because it was touch-and-go for a while. Longford see themselves as a Division 2 (standard) side so they will have no inhibitions against Meath.” 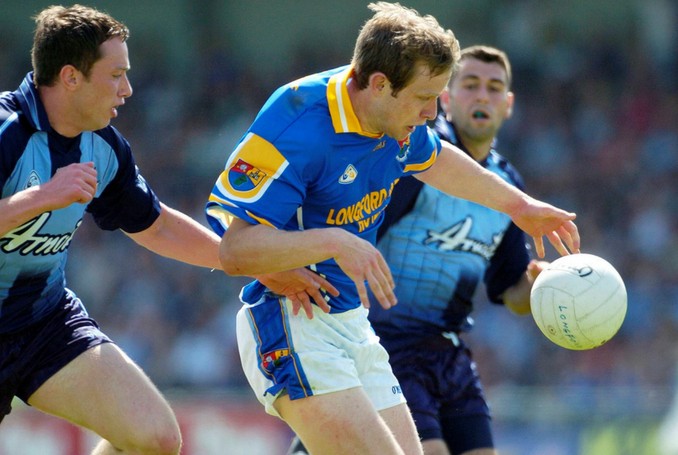 It was after that 2016 clash with the Rebels that Kavanagh had to reconsider the pressure he was putting on his own body. Ultimately, before the 2017 championship, he knew his race was run.

“Yeah, Cork was the last game and I remember Mickey Quinn saying after the game, ‘you’re not thinking of going anywhere?’ I said ‘no, no’, but I spoke with Gerry McEntee in Santry (Sports Clinic) and he said if you continue for another year or two, you’ll probably need a hip replacement. It put my thoughts into a different light, so I decided to get myself right.”

Kavanagh had some great days in the royal blue and gold shirt, from the 2006 clash with Dublin at Pearse Park to some of their exceptional qualifiers wins over fancied sides. These days, he’s putting his focus on winning another county title with Crokes.

He’s no longer the focal point of the Longford attack, but Denis Connerton doesn’t lack in options with the likes of Robbie Smyth and Sean McCormack in his arsenal.

“They’re up there with the best,” says Kavanagh of his successors. “Robbie has an amazing talent and an amazing attitude. He’s not fazed by anything at all, and the bigger the day the better he plays. He loves the big game.

“Mickey Quinn has an engine in the middle of the field. Then you have lads who Longford supporters would be very aware of as well, you’ve Diarmuid Masterson and Padraig McCormack who is a huge addition at full-back after being out for a few years. He’s Sean’s brother and he’s teak-tough as well.

“Even the likes of Darren Gallagher midfield, no matter who he’s against this Sunday, he’ll give them lots of it. He has a superb engine and will come up with scores. If he was playing at a higher level, he’d get more recognition.

“So there are players there along with Robbie and Sean, and a lot are only 22 or 23 years of age. Dessie Reynolds is a class wing-forward too. A lot of Meath supporters wouldn’t know much about them, but they will on Sunday.”