Eoghan Kerin: Preparing for Championship with The Kingdom

Eoghan Kerin breaks into a cheeky grin, describing his style of play as “the quiet, innocent type.”

In truth, he’s a tigerish corner-back that any team would be glad to have in their ranks, and the Annaghdown native has been part of a Galway panel heading in the right direction.

Where once they were under the heel of Mayo, they have now beaten their Connacht neighbours for a third championship in a row. Earlier this year, they topped the Division 1 table before going down narrowly to Dublin in the final.

On Sunday, the Tribe take on Sligo at Pearse Stadium (3.30pm) as they look to regain their provincial crown and draw level with Mayo on 46 title wins. Kerin has become a key man, epitomising the newly-found hard edge in Kevin Walsh’s side.

“I'm the quiet innocent type,” smiles Kerin, before explaining his approach. “You look at Johnny Cooper and Philly McMahon over the past couple of years, and as much as you can say they're playing on the edge, it's about bringing that edge without going across the line.”

“Even against Mayo the last day, I probably gave away a couple of frees that I shouldn't have, but that's part of my game at the same time. If I don't go into those tackles, then I'm not playing my game, because I like to get to the ball first. It's just about getting stuck in.” 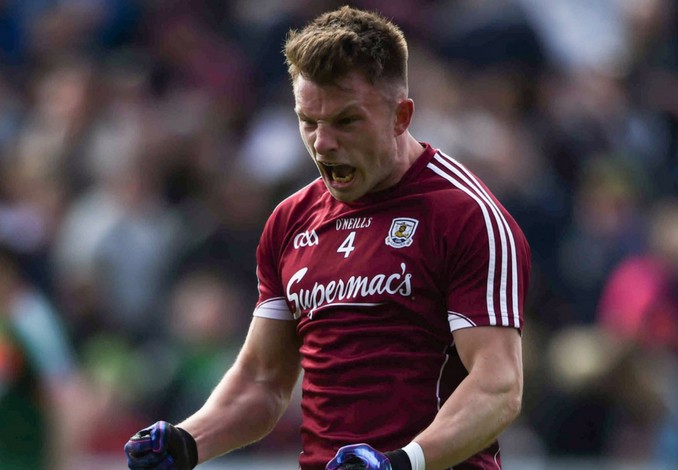 “When you grow up watching the Annaghdown team, it's nearly expected of you. Damien Comer has similar attributes, he just gets in and keeps on moving.”

Being from the same club, and at the same age, you’d imagine that the current Galway corner-back and inside forward would have been marking each other for years. Though Kerin is not the biggest man in the world, he has a fire that is shared by the burly figure of Comer.

“It's funny, I used to always be bigger than him, and people might not believe that now. Damo was always a real small guy at under-12, under-14, under-16, and it was only at the back end of minor that he got a real growth spurt. “

“So he was always a real hardy wing-back putting his head in everywhere, whereas I actually used to play midfield at under-14 and under-16. That's kind of changed. So we probably didn't come across each other that much and he probably didn't play in the forwards until minor and under-21.”

“It's amazing that now he's kind of our marquee forward and people probably think that Damo has only one thing to his game, mullocking through people, but he’s a pretty damn good footballer as well if you give him space.”

There’s little doubting the quality of this Galway panel. Shane Walsh, Eamonn Brannigan, Sean Armstrong and other players have proven their class, while Ciaran Duggan, Sean Andy Ó Ceallaigh, Johnny Heaney and Peter Cooke are among the most promising players in the game.”

While Connacht is always a huge goal, there’s little doubting that Galway want to get back to the summit of the game. They haven’t lifted the Sam Maguire since 2001, and are still searching for a first championship win at Croke Park since that day. For a county of their size and tradition, it’s a galling record. 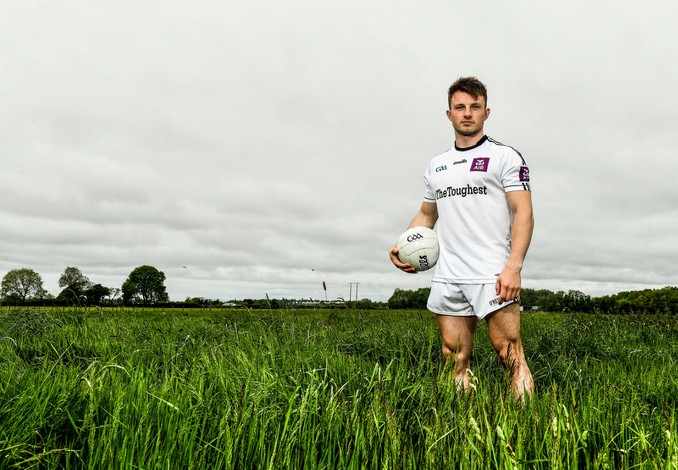 In 2016, they were beaten heavily by Tipperary in an All-Ireland quarter-final, while Kerry took their scalp at the same stage last season. Interestingly, the Dublin-based star has trained with some of the Kingdom stars during 2018.

“Three of us (Galway players) are up here, including Johnny Duane and Ian Burke,” says Kerin. “Kevin is very understanding and a lot of the time we train on a Tuesday in Dublin in UCD, just the three of us.

“We were in with a couple of Kerry lads there for a couple of weeks but they're going to be heading back down to Kerry now for the summer. Granted, there is not a lot you can do (with such small numbers), but John Divily (UCD GAA manager) puts us through our paces up here and it saves us that five or six-hour round trip in the evening. In the past couple of weeks, we've been heading home more often with the championship on.

“John Divily was the UCD manager, and they wanted to keep themselves ticking over during the exams,” he adds of how this arrangement occurred. “So we had Jack Barry, Barry O'Sullivan... and this was only a couple of weeks ago, because they wanted to be at something during the week. So it was a bit strange training with other inter-county players.”

No doubt, there is an unusual bond in these sessions. Kindred footballing spirits they may be, but there is a chance that they will end up in battle before the year is out.”

“Jack Barry played that day (in the 2017 quarter-final), so it was kind of strange,” smiles Kerin. “It's nice at the same time, because we're in the same boat really. We can acknowledge that both of us are doing big long trips home and you have an instant click there with the football stuff. As much as it is strange, it's grand and they are sound lads, so there was no wild little elbows thrown or anything like that!”

The full focus is now on Sligo this weekend and wrestling back the Nestor Cup. He knows that the country expects the Tribesmen to canter through this game, but there will be no complacency on their part.

“Niall Murphy (Sligo) was in the same business masters last year,” Kerin says. “I'm not sure if he's planning on spending too much time in the forward line, so I don't know if I will come across him. He might be hanging around the middle of the field. I think we'll stay away from talking to each other this week but we will shake hands after the game!”

“So this is as much a test as Mayo was because we are favourites going into it, but any time you take a team for granted... they're going to love the underdogs tag and they come in feeling they have nothing to lose. So it's up to us to get up to our usual performance level.”