O'Donoghue: “Munster is starting to almost become the strongest province”

James O’Donoghue knows that Kerry could be caught by Clare at Fitzgerald Stadium today.

The Banner have improved hugely since Colm Collins was appointed as manager in late 2013, though the Kingdom are still very much the team to beat in the province

Eamonn Fitzmaurice’s side are looking to win a sixth provincial championship in a row, and though they are expected to qualify for a 21st Munster final in 24 years, the Legion man is forewarned.

He recalls a tense afternoon in Cusack Park in 2014, when the Banner left chances behind them before 14-man Kerry eventually put daylight between the teams. With a resurgent Cork waiting in the final, retaining the title is no foregone conclusion.

“I actually think that Munster is starting to almost become the strongest province,” says O’Donoghue. “Tipp have had a couple of very good years and have some lovely forwards, and a very good team.

“Clare have been improving the past five or six years under Colm Collins and are very dangerous. Kerry have been consistent in Munster at least, and Cork have been making a big push again to get to the top of their game.

“So I think that Munster is strong and is very underrated, and it's very easy to get caught. Up the country, you have more high-profile teams but in Munster we have to be careful with everyone.”

Clare coasted past Limerick en route to this Munster final-four clash, and are very much seen as the underdogs in Killarney.

“Maybe Clare did run out of steam yeah,” says O’Donoghue of 2017. “They had a goal chance at the start of the second half and, if it went in, we were in trouble. A lot of games come down to that one moment basically, that if it goes into the back of the net then the crowd is up, and you're away from home, and you're in serious trouble. I think it was saved by Brian Kelly.” 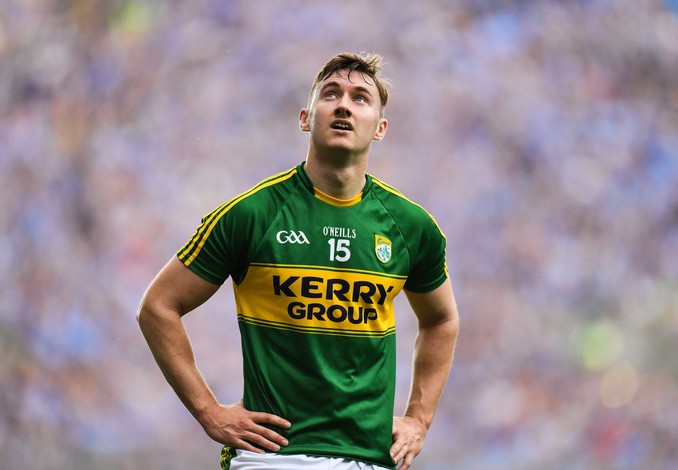 O’Donoghue was named Footballer of the Year when Kerry last won the All-Ireland in 2014, and it took him time to understand the implications of such a feat. The Legion man had first announced himself to the wider GAA public with a sizzling goal against Dublin in the 2013 All-Ireland semi-final, and backed that up the following season with some exceptional performances.

Ten points against Cork, 1-5 off Galway, a strong Mayo side taken for 3-9 across two encounters, before playing a more withdrawn role in the final win over Donegal.

O’Donoghue collected All Stars in the two aforementioned years, but a combination of injuries and other factors means he hasn’t quite reached that same pedestal since. Austin Gleeson has spoken of the burden of being named the game’s outstanding player, and it’s a crown that can weigh heavily.

“I saw an article on it alright and I remember when I got it [the award], a load of people were saying that it was almost a curse,” smiles the 27-year-old. “On your way up to an award like that, you get away with way more.

“Before you get an award like that, people want to make you better than you are — but once you get it then they want to bring you back down again. Once you have a bit of warning about it, I think it's grand. Austin still had a great year after winning it [in 2016] but it does take a bit of getting used to.”

It should not be forgotten that O’Donoghue has still produced some fantastic displays in the green and gold since 2014. One year ago, he hit nine points against the Banner amid a stunning display, and he has the talent to do so again.

Dublin have dominated the footballing landscape recently, winning Sam Maguire in five of the last seven seasons, so it’s been tough for a Kerry player to stand above all others, and it would be little shock if O’Donoghue came down hard on himself.

“No,” he says flatly, when ask if he does. “I think you have to approach (the award) as if it's maybe a once-off, lucky kind of thing. That you're after getting something that you can have forever, but at the end of the day nobody cares about it, only you and maybe your family or something.

“It's nice for someone to get that, but if you're getting knocked out in an All-Ireland semi-final, you can have every individual award under the sun but it doesn't make a difference. That's not a cliche, it's genuine. If (your team are) playing bad and you get an award, it's kind of cringey.” 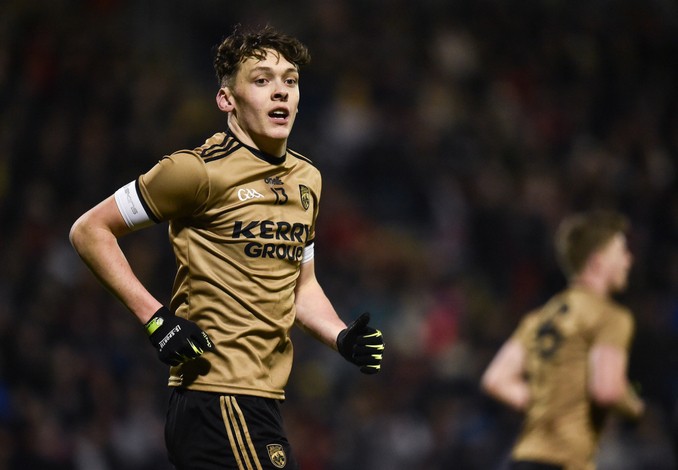 One man who seems destined for shiny awards is David Clifford. Few minor players have ever generated such excitement, and the entirety of the Kingdom sighed with relief when the Fossa man turned down a chance to play in the AFL.

In Clifford's 12 minor appearances across 2016 and 2017, he scored 10-68 (10-50 from play), and comparisons with some of the game’s greats were made even before his league debut this year. Perhaps the incessant glare of the spotlight might yet hamper the 19-year-old’s progress?

“I don't think he is (under the microscope too much),” says O’Donoghue. “I think David is looking at this year as a free shot for him. He's up from minor, and I don't know how many people go straight from minor to senior.”

“So he's going to come into an already strong forward unit, and I don't think there's anything expected of him. I've seen him in training and he's going to be a fantastic player, but he's only 19. Down in Kerry, there is definitely a love for him already, but love with a little bit of caution as well — that you have to look after this fella because he's going to be there for ten years, not just ten months.” 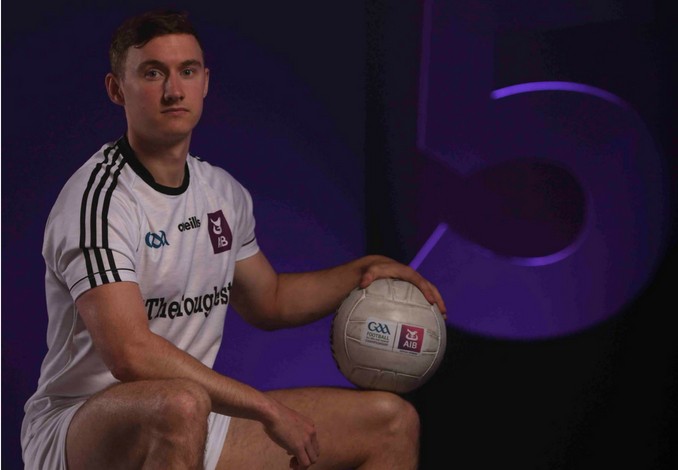 O’Donoghue is able to recall matches in great detail, and it’s quite evident that he is a student of the game. Many players say they don’t watch the sport outside of playing in it, but the Legion man might well be a GAA anorak.

“I think I'm in between; I love football, like,” he smiles. “If there is a bad football game on or a good hurling game on, I'll watch the bad football game. It's been interesting because so many teams play with different styles at the moment.

“Usually it was the case that the strongest team would dominate the style of play, and if Donegal were going well for a while then play was very much their way. When Kerry had very direct diagonal balls going in, everyone played like that.

“Now everyone is playing a different kind of brand, which is very interesting. Even the Tyrone v Monaghan game last week, you had two different styles that created a very high-scoring game which you wouldn't have expected that game to be. So that was interesting to watch. At the same time it wasn't that free-flowing, it was kind of broken but there was great scores in it.

“It's an interesting time to watch football, I think; it's in a strong place. The Mayo v Galway game got a bit of guff, but that was probably because of the circumstances with the red card. Mayo had to go more defensive and Galway were already set up defensively. I must say, I like watching all the games and seeing how everyone approaches it differently, because it has gotten very technically-minded which is interesting.”