Padraic Joyce, ‘I’m so excited about this game that I wish I was still playing.’

The west is going mad over this, and you can’t walk down the street without someone bringing up Mayo v Galway. In my day job, I’m always out on construction sites across the country and it’s the thing I’m questioned mostly about — the interest is huge. I have had some memorable journeys and days in Castlebar, as well as some terrible experiences.

I think back to 1998 when we were driving down to Castlebar to play a Mayo team that had played in three All-Irelands in the previous two years, and the place was thronged. We had a Garda escort from Tuam all the way to Castlebar — and we needed it because Ballindine, Claremorris and Balla were all jammed with supporters. With the aid of the Garda motorbikes, the team bus went out onto the right lane to overtake traffic. Cars were beeping and cheering us, while a few ‘MO reg’ cars were slow enough to pull over to one side! it was great craic.

There was a small farmer shed on the way to Castlebar painted in the Mayo colours, and with a Mayo flag always on it. When we passed it that day we all cheered on the bus (Rumour has it that a well-known crew of steel erectors from an engineering firm just outside Tuam left the local nightclub at 3am with their paint and brushes, and painted it maroon and white!).  First blood to Galway.

Another day I remember well was in 2008 when I was captain. We had a team meeting the Thursday before the Connacht final, and I just felt we wouldn’t be beaten. The mood was electric. Lads were chomping to get the game on. We knew we had to stop Peadar Gardiner from attacking, as he proved when he hit the winner in Salthill a year later, but Diarmuid Blake met him with a shoulder that day and it lifted the crowd hugely. It was a massive moment in a massive game. Mayo and Galway clashes are always huge.

These two teams often bring out the best in each other, but the negative tactics in recent seasons means they’ve actually brought out the opposite. We’ve won the last two Connacht meetings and I’d put a lot of that down to the tactics employed by Kevin Walsh. For Mayo to win this game on Sunday, I feel they need to get at least two goals, and they’re up against a side that has conceded just one goal in competitive action in 2018.

Andy Moran, who deservedly won Footballer of the Year in 2017, is Mayo’s biggest goal threat. Our neighbours have come up short in Croke Park on big days in recent years because they haven’t been able to take their chances in front of goal at crucial stages. Cillian O’Connor will smash Gooch’s record as the all-time leading championship scorer soon enough, and the frees are hugely important, but Mayo don’t have the same threat up front as Galway have. 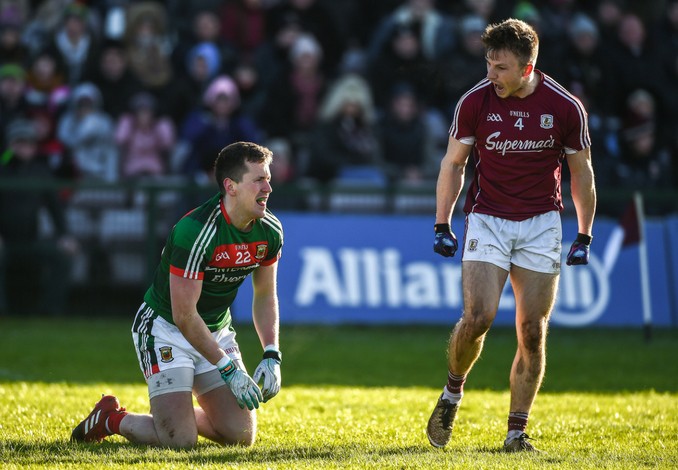 The Galway forwards won’t need as much of the ball to do damage. There is serious pace with the likes of Eamonn Brannigan — assuming he’s okay after an injury — and Shane Walsh, who I think needs to really deliver now. He’s in his prime, and this is his time to take over. By all accounts, he’s been moving well in training. If the lads aren’t motivated by this game, they’re in the wrong sport, genuinely.

Damien Comer will play at 14 and I’ve heard that Chris Barrett has been lining out at full-back for Mayo in recent challenge games, with the possibility of Colm Boyle sweeping in front of him. Whoever is on Comer, I think he will be targeted and get dogged, but I’ve no doubt he can stand up to it. He’s built like a rock. 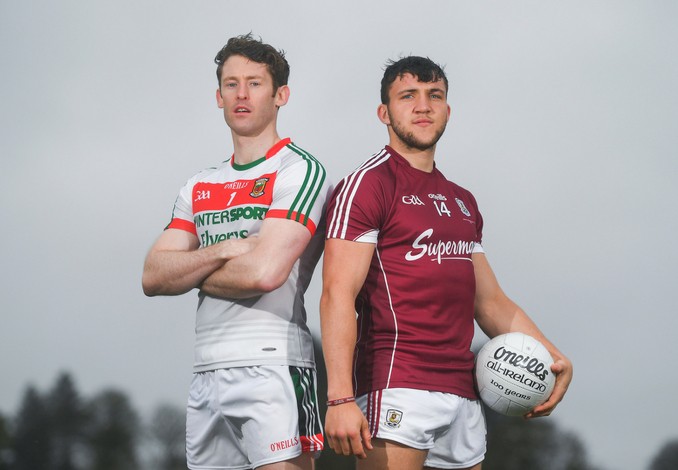 Sean Andy O Ceallaigh, who is tough as nails at full-back, midfielder Peter Cooke, and Sean Kelly have added extra quality and pace to Galway this year, and it’s all about how the team is building. I know the league is taken with a pinch of salt but the Galway players will take great confidence from their campaign, and you can see some players growing and developing all the time.

Mayo are still dealing with the same 20 or 21 players who again have to put their shoulder to the wheel for the green and red. Eoin O’Donoghue is the only find this season so far. James Durcan has been doing well in recent challenge games, so he too could be a new option for Rochford.

You have to ask the question: how many more years can the same men keep driving this Mayo team? As you get older, you lose strength and speed, and that will tell eventually. Even if Lee Keegan somehow does line out, I don’t think he could make a huge impact after such a serious shoulder injury. But look, these Mayo players have risen their game so many times for the big occasion, so you can never rule them out.

Neither team can afford to head in the back door when you have the losers of Cavan/Donegal or Monaghan/Tyrone as a possible opponent in the qualifiers. It will just be such a long road back to the Super 8s. Even if you get there, you would have to wonder what injuries, suspensions you would have picked up along the way.

Many of the Galway players are young; Gary O’Donnell, Gareth Bradshaw and Paul Conroy are the only ones who have a few extra miles on the clock. Mayo can’t afford to go into the qualifiers this season. They’ve gone the long way to Croker last year playing ten games, but we saw how they struggled past Derry and Cork. With this in the back of their minds, it will make for such a competitive game on Sunday.

The referee is so important in games such as this, and Conor Lane from Cork is the man in the middle at McHale Park. Galway were seen as the aggressors when these teams met in Salthill in early February, but I just felt that it was a case of standing up to the challenge thrown at them. It was great to see lads looking out for one another, shall we say! Mayo are called ‘cute hoors’ and experienced when they get physical, whereas Galway are seen as dirty because they are a young team. I don’t buy that, but what Galway are this year is full of steel. A great friend of mine, the late Tony Keady, once remarked how an official told him early in his career that he wasn’t strong enough to be a centre half-back as he didn’t have any “hair on his chest “. Keady replied: “when did you ever see hair growing on steel?”

It is crucial that Lane gets to grips with this game from the start, and finds that balance between letting the game flow and stopping any nonsense. It’s tough for a referee when he has an assessor in the crowd who is looking to tick boxes, none of which are marked ‘common sense’. Lane will know, too, that a good performance in one of the few huge provincial games could set him up for another big match later in the year. Players will test each other out off and on ball early on, so his linesmen and umpires have a huge role to play in helping him control the game.

All said, there’s a great bond and respect between the two counties. Loads of Mayo people have married Galway folk and vice versa, and created families. When the game is over on Sunday evening, the supporters will have the craic together — one will take their beating and the other will rub it in.

You have to have huge admiration for the Mayo players. We had Aidan O’Shea, Chris Barrett and Brendan Harrison in Australia with us last November for the International Rules Series — serious footballers who gave everything to the cause, and had the wounds for the winter to prove it. Ultimate professionals and gentlemen in every way.

It’s not pity or sympathy votes these guys want, it’s an All-Ireland medal, and they won’t rest until they get one. Mayo will come with one almighty effort and I hope Galway are ready for it on the day. But if you step back and look at how these teams have played in 2018 so far, Mayo struggled while Galway pushed Dublin very hard at Croke Park. The big thing that stood out in the league final was losing the final stages of that game by six points to two, even with the Dubs down a man. Still, you only learn by being exposed to pressure situations on big days. So, while Kevin is taking Galway in the right direction, he knows as well as the Galway public do, that it is all about the championship.

This weekend, I think Galway will break Mayo hearts in Castlebar if they can get an even share of possession around the middle third, because Galway have the firepower to shoot the lights out.