Pat Baker recalls the raucous atmospheres when his Wicklow teams used to rattle the Dubs.

This Sunday, the counties will meet at O’Moore Park for a first Leinster championship clash in 28 years, into which Dublin carry an unblemished record across 30 league and summertime games.

The Avondale man played in the five most recent meetings, each of which took place at St Conleth’s Park in Newbridge, and he kept the scoreboard ticking on four of those days.

A 1-9 tally overall is a solid return, a statistic made possible by how competitive the Garden County were during those years.

“Certainly, the Leinster Quarter-Final in ‘81 was really close and we were within a whisker,” says Baker.

“We were beaten by 10 points to 8, and Pat O'Byrne, one of our midfielders at the time, had a shot at goal in the dying minutes that John O'Leary saved. It ended up being the save of the year. So, it was certainly very closely fought.”

Dublin are a dominant force of present-day GAA, winning four of the last five All-Ireland titles. Yes, they were a heavy-hitter in Baker’s day too — and had made six Sam Maguire deciders, winning three All-Irelands, during the seventies — but the gap wasn’t quite so wide as it is today.

“There was massive disappointment, particularly in that one in 1981,” he adds of those five meetings. “The great Dublin team that had done so well in the ‘70s, we had run them very close in 1979. It was tight and then they got a couple of fortuitous scores which didn't reflect on how we performed during the game.”

“Then taking into account the team we had in the late 80s and early 90s, it was a very good period for Wicklow, where we made Leinster semi-finals in three out of four years. Then in 1991, we drew against a Meath team that had needed four games to beat Dublin, and we were somewhat unlucky.”

“My recollection was how much of a buzz it was to play against Dublin on those occasions. Did I or the squad ever feel overawed? No, we didn’t, if anything we raised our game considerably for it.”

“The other great thing was that the games were in Newbridge, which is as close to us as it is to Dublin, and certainly that changed the way they performed. Even now, when Dublin are taken out of Croke Park, there are somewhat different to how they are at Croke Park.”

Which, of course, brings us to the chances John Evans’ side have of upsetting the Dubs in Portlaoise this weekend. The extra-time win over Offaly in the preliminary round was a huge boost for the panel, and perhaps they can look at the great showing Carlow gave against Jim Gavin’s outfit last season for inspiration. Still, it’s a tall order, and what the current manager colourfully described as “like a fly being killed by a sledge.”

“That's what I hope they do, that they do themselves justice,” says Baker of his county-men.

“For Wicklow to win, something very strange is going to have to happen. You hope that guys can perform to the best of their ability and show what they're capable of. The best of the rest in the country fear playing in Dublin at the moment, and we're a long way from that.”

Baker would love to see the game being played in the Garden County, but understands why it’s not.

“Certainly, and if you look even earlier this year [November 2017], a well-fancied St Vincent's side came to Aughrim (to play Rathnew) in the AIB Leinster Club Championships and were sent home with their tails between their legs. You can understand why from a practical point of view it's not being played in Aughrim, but certainly it would add to the occasion for Wicklow supporters.”

The close nature of the past five championship meetings between Dublin and Wicklow perhaps begs the question of how the latter would’ve fared had the qualifiers been around in that era. 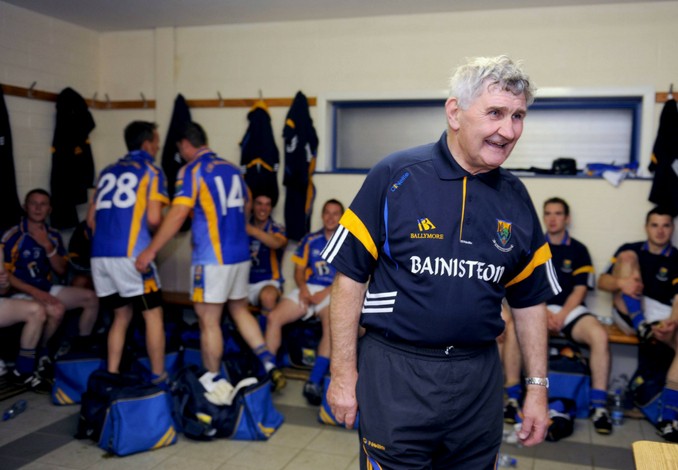 Mick O’Dwyer’s tenure with the east-coast side was memorable for an incredible run in 2009, and the six championship outings they had en route to the final 12 of the All-Ireland series. Heady days, and from a generation with perhaps less pedigree than Baker’s.

“Yeah, (the qualifiers) certainly would have presented opportunities, and when you go back over that period that I played in, we did progress into multiple rounds on occasions,” says the Avondale man.”

“There were other occasions when we went out in the first round against a better team after putting an awful lot of effort. At times we would have felt that we weren't a colossal way away from those teams and given an opportunity to go through the back door... the only other thing, there is still nothing like knockout.”

“Championship really was championship back then. I know it’s the same when we get to the latter stages now, but some of the games nowadays lack a little bit of bite because of the back door.”

So what was Baker’s biggest scalp with Wicklow?

“Jesus, that's a very good question,” he smiles. “We beat Kildare on the way to meeting Dublin in 1990, and that was a good one in Aughrim. One of Wicklow's most memorable years was 1986 when we knocked out Laois in what was referred to as the ‘Battle of Aughrim,’ when they were National League champions.”

“They were certainly fancied by a lot of people because they had a very good team at the time, won the National League from Division 4, and had beaten Kerry at the opening of O’Moore Park.”

“They came to Aughrim and we rattled them a bit,” he chuckles, “and they went home with their tails between their legs, and that was a very good day. We had quite a good side and we ended up playing Meath in the semi-finals that year in Newbridge, and they didn't beat us by very much. That was the start of that Meath team winning All-Irelands. And we were only a whisker away from them.”