Emlyn Mulligan: “There’s green and gold blood in my veins”

Emlyn Mulligan couldn’t be any hungrier for this.

The Melvin Gaels clubman went under the knife last June after a third cruciate injury of his career, and missed a huge part of the preparation for the 2018 championship.

Throughout the FBD Connacht League (FBD) and the majority of the Allianz Leagues he was sitting on the side-lines, waiting for his body to catch up with his mind. The attacker finally featured in Leitrim's last two league games, before being unleashed on the firm ground.

Mulligan would hit 0-3 in the extra-time win over New York in the Connacht Championship, and then kick over another 0-6 as he led Leitrim to a thrilling ten-point qualifier win over Louth last weekend.

“I’ve only been back playing football for three months, technically,” Mulligan explains. “Some of the lads are training since early last Winter, whereas I’m nearly still in pre-season mode. I missed out on the FBD and most of the Allianz Leagues so I have a great hunger now after missing out on so much.

“Sometimes the weaker teams lose hunger come championship, because league is their number one. But my number one aim was to be an integral part of the New York team When I came out of surgery my main aim was to get back, whether I was 100% fit or not, and be in a position to play championship.

“Five minutes from the end, I was thinking ‘this game is gone’ but we managed to fight our way back and win it. The Roscommon game (in the Connacht championship semi-final) was disappointing but we’ve shown a great attitude to bounce back since, which we put down to hard work. To get a fourth championship game in a year is great.” 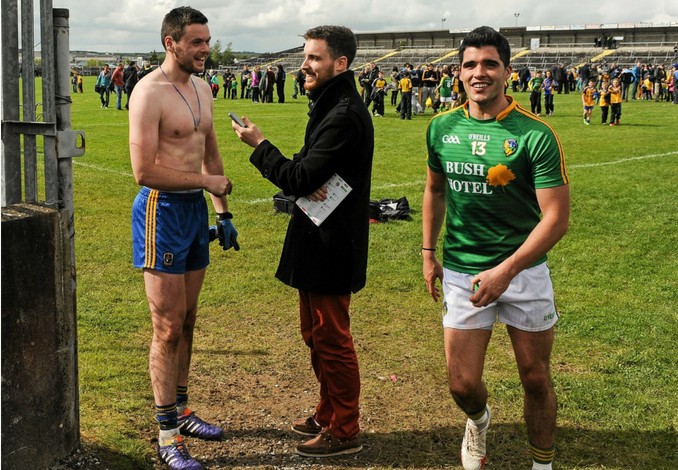 Mulligan tore the cruciate in his right knee twice, in 2009 and 2010, while the latest one was on his left side, and his biggest fear was not getting back to the same level. He needn’t have worried — he was the star of the show this past weekend as Louth were put to the sword with ten points to spare (0-25 to 1-12). For Mulligan, now in his 11th season, it cannot be understated how important these rare championship wins are.

“We never had big wins like that, so to hit 21 points from play in the championship on Saturday, especially when we struggled to kick it over the bar against Roscommon, was top class. We knew it was in the players.”

Mulligan grew up in Donegal and has often been asked why he didn’t switch to the Tir Chonaill, considering it would offer a greater chance of success. Few other star players would go through this routine of playing fourth-tier league football, endure a litany of injuries, and continue to come back for more when a strong alternative was possible just a few miles away.

“I just love it, to be honest,” says Mulligan. “I love training, I love the matches, I just love the whole environment in a county set-up. I’d be hugely passionate about Leitrim. I would have grown up in Donegal, moved to Leitrim when I was eight years of age, and I would have been a Donegal man when they won the All-Ireland in 1992, and I can vividly remember being in Bundoran for it.

“When I was growing up, I saw how passionate Leitrim people were for football, and they can be critical as well, but I love representing them and I love the county. Even though we don’t have many big days out, when we do have special days like against Louth it does make it all worthwhile.

“I was at the Ulster final on Sunday and one of my best friends, Paul Brennan, who played for Leitrim for a number of years, was centre-back for Donegal. People would say ‘would you not have made that switch?’. It’s very easy to throw that out there, but it’s still not the same. 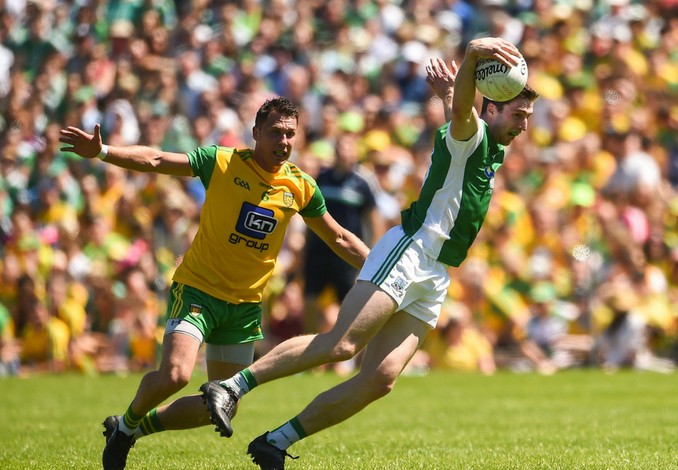 “There’s the green and gold blood of Leitrim flowing through me, and every time I get the opportunity, no matter how many times I get injured, I never ever thought about not coming back. It’s an honour to play for Leitrim.”

Mulligan watched on as Eoghan ‘Ban’ Gallagher and Ryan McHugh found the net in an easy provincial final win for Donegal against Fermanagh. His good friend Brennan hit two points, as Michael Murphy went on to hoist the Anglo-Celt Cup for a fourth time in eight years.

“Paul will be one of my groomsmen when I get married in December,” says Mulligan. “Both of us were Melvin Gaels club men and then he transferred to (Bundoran) and Donegal two years ago. He played for Leitrim when we beat Sligo in 2011.

“You have your roots and I’ve always been passionate about Donegal. I supported them when they won the All-Ireland in 2012, I have a soft spot for them. If I had a Donegal jersey with me, I would have had it on me, you know that kind of way! But at the end of the day I’m a Leitrim man, but I’ve a place in my heart for Donegal.”

Leitrim is bidding to reach Round 4 of the qualifiers for the first time. Mayo and Tyrone are two teams that Brendan Guckian’s troops wanted to avoid, but they have run into the other big shark in the qualifier tank: Monaghan.

A first-time meeting with the Farney County in the championship — can Leitrim dare to dream?

“We’re not naive, we know the size of the task we’re up against this weekend. Again, we’ll be hoping for a big crowd, and I’d say plenty will come down from Monaghan to enjoy the nightlife in Carrick-on-Shannon.

“It’s a horrible draw, and no one expects anything from us. But the lads weren’t going out on the town after the Louth game so we’ll be giving it everything and remember that Longford beat Monaghan a couple of years ago, so you just never know.”