A foreign dial tone rings before Joe Hayes answers his phone, ‘How are ya,” you can tell by the tone of voice he is a relaxed and happy man speaking from a beach in Spain.

That might not seem out of the ordinary given that it’s June, however for the former Clare goalkeeper it’s his first ever elongated break he’s taken at this time of year.

Hayes announced his retirement in November and he saw a rare opportunity now that he and his family had some free time to go on a holiday in the summer months and jumped on it, “I wasn’t retired three days when I had a holiday booked.”

The 36-year-old, who is referred to as “Mr Clare football” by All-Star nominee Gary Brennan, has devoted 13 years of his life representing the Banner county. Memories he will cherish forever but for Hayes the time had come for Mr Clare Football to hang up his boots. 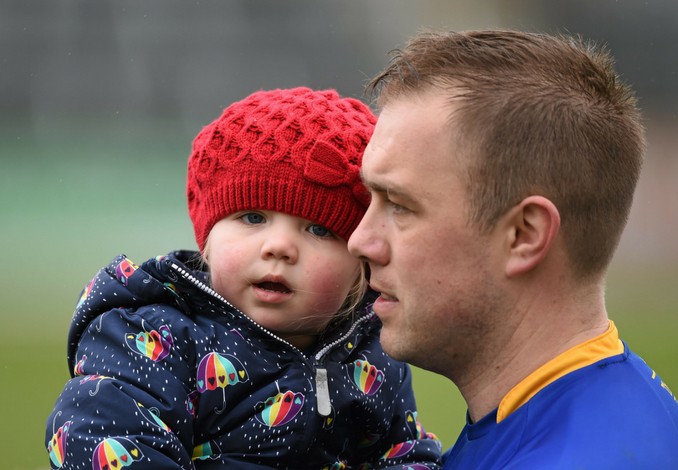 That doesn’t mean he has lost the grá for the Clare team. He supported his former teammates in Limerick and Killarney so far, this summer. While his holiday plans clashed with the qualifier trip to Offaly, he followed it on social media.

It’s been a mixed campaign for Colm Collins’ side who opened with a convincing win over their underperforming neighbours Limerick, but then it followed with a 22-point defeat to the Kingdom in Killarney.

That result was particularly hard to take as the team had been talked up a lot beforehand. Kerry had seven debutants in the team that day, but any question marks over Eamon Fitzmaurice’s young side were blown away.

“They were just immense, so fast and hungry for the ball,” says Hayes, who was impressed with their speed of movement on the ball.

An element of Kerry’s fast-paced game that Hayes was really impressed with was how quickly Kerry moved the ball from back to front.

“From when it left Shane Murphy's  kicking tee to the time the ball went over the bar, I'd say it wouldn't be too far off 10 to 12 seconds. That's unreal time at intercounty level.”

That was a tough day for Clare and Hayes admits they were “a mile off”. However, he’s seen enough in Clare’s performances in recent years against Kerry to suggest progress is being made.

Looking at Hayes’ footballing career, progress has certainly been made at large in recent years for Clare and the former custodian enjoyed some nice days in the sun. “Three times will do me when I thought I wouldn't ever be there,” says Hayes on his trio of appearances in Croke Park. 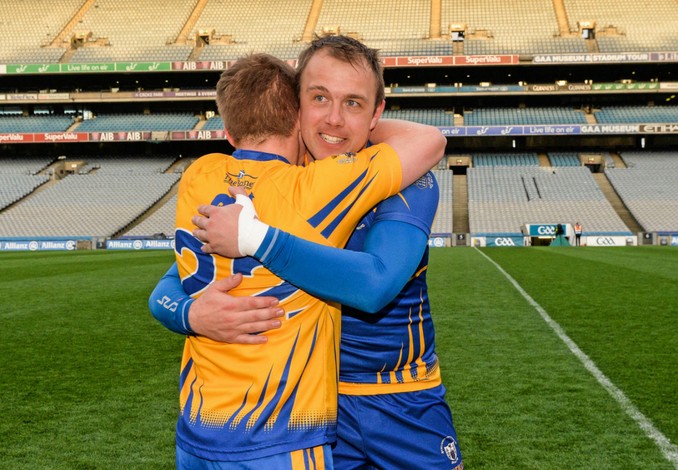 The best of those days coming in 2016 when they were surprise winners against Kildare in the Allianz League Division 3 Final. He reflects on 2016 as one of his best seasons even though it contained one of his darkest days on the field. A poor performance against Kerry in Killarney in the Munster Championship took him a while to recover.

“I spent a few days feeling sorry for myself, I wasn’t great company.” He didn’t have to wait long to recover from his day in Kerry as that season they enjoyed a qualifier run that saw them overcome Sligo, Laois and Roscommon before their season ended against Kerry in Croke Park. Despite the result, that was a positive day for Clare’s football as it was their first ever All-Ireland Quarter-Final.

No doubt players will be trying to keep their eye on the game this week and not draw attention to themselves. However, that can be difficult to do if they make the news for reasons outside of football, as Hayes did in 2012 the week of their Munster semi-final.

Working as Garda in Limerick at the time he noticed a woman going into the river, instinct kicked in, and Hayes did what all good keepers do. He dived in and made a save. It’s an interesting story, but he doesn’t want to make a big deal of it.

“It wasn't a bad morning, there was no current or anything like that, and it wasn't too bad but that was it. I never blew it up or anything like that but just the fact that we were playing Limerick a couple of days later, someone in the paper heard the story and added a bit of drama to it,” Hayes says modestly.

So what about this weekend’s round 3 of the Qualifiers against Armagh at the Athletic Grounds. A win for Clare will see them just one win from reaching the All-Ireland Quarter Finals. Hayes is confident about his side’s ability to get the job done and thinks last week’s slender win against Offaly in Tullamore will give them confidence.

“I think both teams will think it's a good draw. Clare have serious pace, especially in the forwards. It was a good result for Clare at the weekend, Offaly are on a bit of a crest of a wave with the new management, so they showed good spirit. I think this Saturday will be very tough in Armagh, but if we can get Eoin Cleary and Jamie Malone on the ball, then I do think we can come out of it.”

Clare have every chance of beating Armagh this weekend and after that who knows. If they do reach the All-Ireland Quarter Finals it will mark yet another breakthrough for the banner, it will be another bit of history for Clare football, that Hayes and his generation of players can take massive credit for.