I was over at the races in Ascot for an amazing few days recently, and there were a few Kerry men on the trip who weren’t giving away too much about their team. They like what they've seen of the young players they've introduced, but feel that it might be too soon for an All-Ireland. My reply was: ‘if you’re good enough, you're old enough!’

The Kingdom hammered Clare and Cork to win Munster, but you have to wonder how poor the Rebels are given what Tyrone also did to them last weekend. Coming back to those young lads, it can actually be a good thing to bring through a glut of them at the same time. I remember when John O'Mahony brought seven of us into the panel in 1997: we had all been so used to playing with each other at Jarlath's and Galway minors, that it was just telepathic. If Michael Donnellan had the ball, I knew where he was going with it. I think that can be a huge benefit for the group, more so than if you simply dropped in one or two new players.

Kerry could benefit hugely from David Clifford’s and Sean O'Shea’s understanding of each other, and that could give a boost to the likes of Paul Geaney and David Moran who have been around a long time. You can't beat big-game experience either, which is what they will get from these massive Super 8 games. This could be the right time for Eamonn Fitzmaurice's side to shine, and I'd fancy them to be one of the two teams to make it out of the group.

Galway got a rude awakening at Croke Park in 2016 against Tipperary but they have moved on an awful lot since that defeat. Kevin Walsh has trawled through every club in the county, and has given plenty of lads their chance. Anyone who has the ability and has shown the desire to play has been rewarded. It’s a great journey they are on and there is huge interest in Galway football again. We now need to make the next step and qualify from this group to an All-Ireland semi-final.

Galway got to a league final after topping Division 1, and they gave Dublin a good game in Croker. Yes, they were a man up and lost the remainder of the game by six points to two, but they know now they have to push on when they have an advantage — and that experience will only come with playing in big games at headquarters. You have to press it home when the chance presents itself.

Galway have smartened up, and they are much more difficult to play against than they were 12 months ago when the Kingdom kept us at arm's length for most of the day. We are strong defensively and are getting better at moving the ball forward as a group. 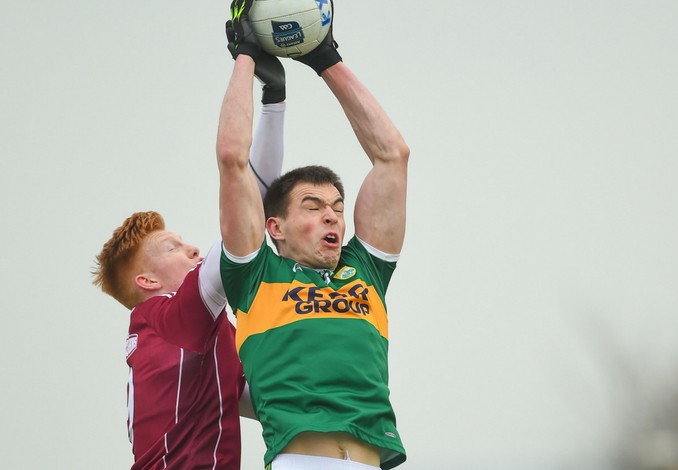 The Galway forwards are dangerous once the ball is coming in early, just like the Kerry attack, so the big battle will be around the middle third. Who has their tactics right for kickouts, breaking ball etc? Galway will have to go man-on-man on the likes of Geaney, James O'Donoghue and Clifford — which is tough on such a wide-open field — and it's crucial that the Galway full-back line are protected too. This is why midfield is such a key area — it creates that platform, and Galway will have to curb the aerial influence of David Moran and UCD’s Sigerson winner Jack Barry. Likewise, Kerry will have their hands full taming Galway’s pace and power runners, so it will be interesting tactically to see how each team plays.

I remember Billy Morgan got slated a number of years ago for saying Kerry are the most cynical team around. There's always a focus on the lovely brand of football they play, which is fair enough, but there was some truth to what Morgan was saying. Maybe the word cynical was too harsh, but Kerry don't mind mixing it up when they have to, and they'll give a dig or get a tackle in if it's needed. Their defence is coming in for some bad press after the goals they conceded against Cork, so they will be out to prove a point. Galway had numerous goals chances in last year’s game and I’m sure we will get them again on Sunday. We have to take them this time if we want to get a result.

Shane Walsh is obviously a massive weapon for us, and I don't imagine Fitzmaurice's team will allow him to saunter upfield and score as he did against Roscommon in the Connacht final. He could get some tasty treatment early on, but Shane is around long enough now and can take care of himself — as can Damien Comer and the rest of the Galway lads.

The big thing for me is that Galway don't sit back and wait to see what happens; we need to dictate the pace of the game from the outset. England sat back when they went ahead against Croatia in the World Cup semi-final, and it cost them. They will never get a better chance of winning a tournament. I’m sure the England management and players are thinking today “if only we went for it more etc”.

The losers of this game will have to head for Clones or Newbridge next Sunday without any points on the board, which will add extreme pressure. So Sunday’s game is crucial. 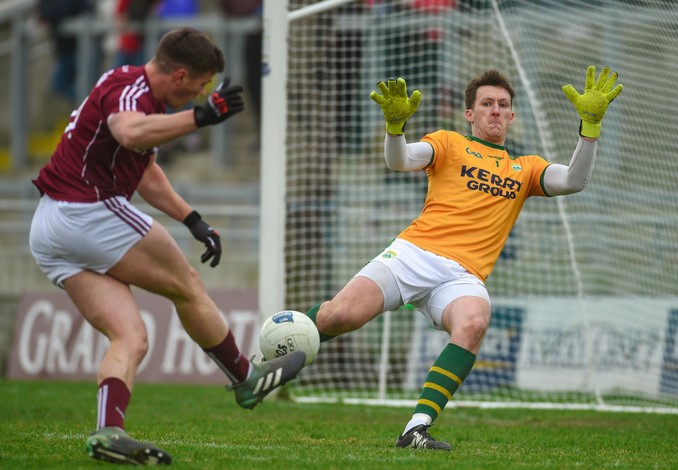 Galway have given Kerry plenty of respect over the years, so let’s not be naive — a win is there for us. Let us throw all we have at these young Kingdom men and see how they handle the white heat of championship battle. Then, when the game is over on Sunday evening, we’ll finally see what this Kerry team is about, because it will be their first real test.

There are few players more important to their teams than Conor McManus of Monaghan and Daniel Flynn of Kildare. On paper, the Farney County are the stronger team here and you'd have to wonder how good the Lilies are. They beat a tired and injury-hit Mayo side. Other than that, they scraped past Derry and Longford, and beat Fermanagh easily the last day. Kildare have great momentum built up and the county is buzzing with excitement at the prospects of playing in the Super 8s.

In Flynn, they have the complete target-man. He is fast, a direct runner, can score with both feet, and he's strong too. Considering their half-forward line is basically made up of half-backs such as Fergal Conway and Paul Cribbin, Flynn's threat is key. I'd be backing Monaghan by a couple here as I feel they are a more experienced team and, in Conor McManus, they have the best shooter in the country.

Paddy McBrearty is a huge loss for Donegal and it's awful to see a player of his ability sustain such an injury as this stage of the season, but you would hope it would galvanise Donegal. There is a good mix in the Donegal team and they won’t fear going to Croke Park, and in Michael Murphy and Ryan McHugh they have two of the best players in the country. The young guns in Donegal have added great pace to the team.

Dublin won't feel the effects of Bernard Brogan and Diarmuid Connolly being out just yet, but they may do down the line in bigger, tighter games. They are very reliant on Dean Rock and Ciaran Kilkenny just now to carry the mantle up front, and I see them winning by three or four points.

Tyrone v Roscommon might actually be the tightest game to call. Mickey Harte has gone more offensive with his team but the win over a poor Cork side doesn't tell us a whole lot. I still think they are missing the sort of marquee forwards that would make them All-Ireland contenders. When Galway pushed up on Roscommon, they struggled, and I'm not sure they will cope with that Tyrone pressure on Saturday. Tyrone to win.