Neil Gallagher: It was always an intense rivalry with no love lost

Neil Gallagher knows better than most how good Michael Murphy is.

The latter has been captain of Donegal since 2011 and, a day after turning 29, will be a key man once more in Sunday’s do-or-die Super 8 clash with Tyrone at Ballybofey.

Gallagher called time on his own inter-county career before the start of the 2017 championship season, with a persistent back injury sealing his fate at the age of 33.

The Glenswilly hightower began playing senior for Donegal in 2003 and captained them for the 2007 league final win over Mayo. Not only that, but he was midfield on the side that won the All-Ireland title under Jim McGuinness in 2012.

Many commentators feel that his clubmate Murphy, who always wears the 14 shirt for his county, should be played close to the square, but often he is used out the field.

Gallagher, a 2012 and 2014 All-Star, usually operated between the ‘65s, but on occasion would take his 6’4” frame in close to goals, so he understands the role.

“I wouldn’t have done it as much as Michael,” says Gallagher. “He’s just so good that he’s going to have an impact no matter where he’s playing. He’s brilliant both inside and outside, so it doesn't matter.

“The main thing is to get him on the ball and into the game because Donegal can’t afford for him not be making an impact. If he’s playing inside and there is no ball going in, he’s wasted. Of course, you’d want him inside if he’s one v one, but if Tyrone have him crowded out this Sunday and there’s four or five players around him, then he’s only human, so it might be better to bring him out.”

For this reason, Gallagher strongly recommends that Declan Bonner reacts to the opposition in how he uses his inspirational captain. History has shown that Murphy knows where to move and when — as seen in the 2014 All-Ireland Semi-Final ambush of Dublin when he set up a first-half goal for Ryan McHugh.

“His thought process will get him into the game because he’s so intelligent as a footballer,” Gallagher explains. “If you look at him, and maybe Colm McFadden too when he was playing, they were used to playing inside, so they knew what sort of ball to deliver in whereas other guys who haven’t been the target man, they might not put in the right type of ball or know how to pick the pass.

“As well, Michael is very good at anticipating where to be when a move is ongoing. He’ll know when to delay his run, so he can collect the ball at speed off the shoulder. That’s why you often see him getting it and going into space, then just tapping it over. He’s just gifted, and hopefully he has a big game on Sunday.” 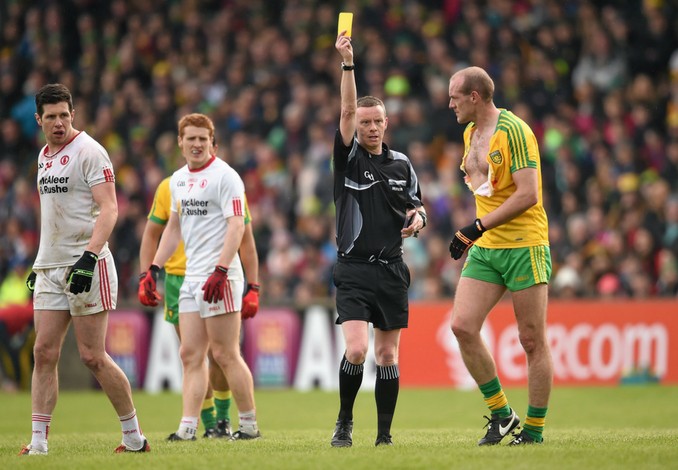 This will be a seventh championship meeting between the Ulster rivals in eight seasons, with Tyrone winning the most recent two in 2016 and ‘17, after Donegal had won four in a row. More often than not, there’s been very little between the sides on the scoresheet. Friends are closer, but these sides who are often considered enemies, might be even closer.

There have been some flashpoints down through the years, but Gallagher plays down the potential for fireworks this weekend.

“The rivalry is intense and there is no love lost, but there wouldn’t really be any poison in it,” he says. “Over recent years, we were successful under Jim McGuinness and won a few Ulster titles, and then Tyrone had their spell on top after that.

“When we beat them in Jim’s first year in 2011, that was a real confidence-booster for us. That win in Clones was our first real big one, so it was huge. Both teams are mad to win these games, mad to. When we made that breakthrough in 2011, we were just so keen to stay on top.

“There was a bit of argy bargy when we played them at Ballybofey in 2015. Normally one team waits and lets the other go into the dressing-rooms first, but that didn’t happen that day. It had been a tight and tense game, and when we all went in at the same time it got a bit heated. It was just pushing and shoving though, and the ref was there anyway.

“One of the Tyrone bucks that day, Ronan McNabb, called me a baldy b******!” says Gallagher with a chuckle. “I just laughed. It doesn't matter to me if I’m bald or not, so I was just in stitches.

“That's usually what it is, just harmless stuff. Ryan McMenamin had plenty to say and the two McGees weren’t shy, Eamonn and Neil. There’s mostly just a respect there.

“I remember one day I was in full-forward, and I think I was on Justy McMahon. I was saying something to Niall Morgan about how he should go off and play soccer, and we just laughed and shook hands afterwards.” 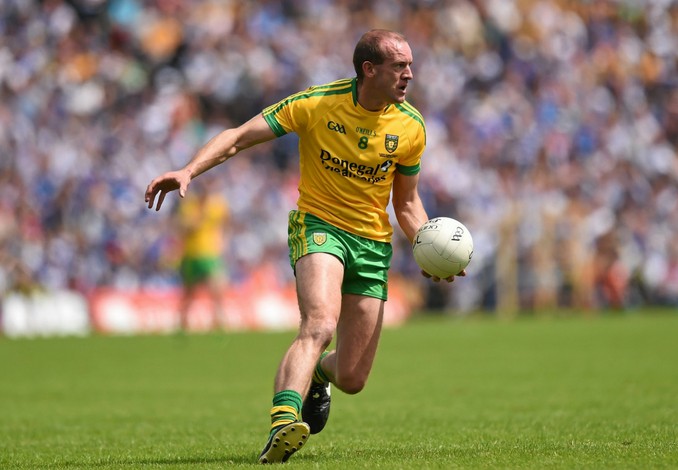 Few would predict the winner of Sunday’s clash with any real confidence. Donegal are without Paddy McBrearty and Eoghan Ban Gallagher is a major doubt, while Tyrone’s Cathal McCarron is certainly out of contention, and Ronan McNamee picked up a knock in the Dublin defeat.

“I think the fact that it’s in Ballybofey is a factor,” says Gallagher. “There should be a good atmosphere. It’s a big pitch but there will be some noise in there. I’d rather play at home where you know the field, the dressing-rooms, and not having to go to Omagh. You’d much rather be playing at home with a chance to get to the All-Ireland semi-finals. It’ll be tight, and Tyrone will be confident after pushing the Dubs close, but I think Donegal will win it by a point or two.”