Brian Hurley: I thought I’d never get this chance again!

Brian Hurley thought he might never get this chance again. Doctors told him to forget about playing football after a second devastating hamstring injury in April 2017. One specialist even said he wouldn’t operate on it if a shotgun was put to his head. Dramatic words, no doubt, but precisely what the Castlehaven man had to deal with on his long road back.

Just last week, the Cork forward played his first senior championship game for the club in two and a half years, helping his side into the quarter-finals after a 0-17 to 1-13 win over CIT. Suddenly, dreams of getting back to the summit of a county championship they last won in 2012 and ‘13 seem possible once more.

Nemo Rangers, the reigning AIB Munster club, lay in wait this weekend in what looks a tall order for the West Cork side, but Hurley is prepared for the challenge. After all, he’s faced tougher tasks in his career.

“I have only just got back and played senior club for the first time in two and a half years,” says Hurley, who first got injured in early 2016. “I did nine months of rehab, five night per week, and then it went again 50 minutes into my comeback.

“I had done the same hamstring injury that retired Paul O’Connell, the hamstring came off the bone.”

It was also the same issue that had forced Munster out-half Johnny Holland to retire at the age of 25, and Hurley learned some hard lessons in terms of how he was going to deal with the second blow. He explains that he had done none of his own research, and just went with who was recommended to deal with his injury. That wouldn’t be repeated.

“There was a ripping and pulling sound,” Hurley explains of both hamstring tears. “I’ll never forget that training game against CIT, I just couldn’t move when it happened. It was as if a knife went into my hamstring — Jesus, I couldn’t describe the pain.

“It was the same again when it happened in 2017, deja vu. It was like being hit with lightning — it was just stinging and burning.

“I took more time with the second injury, and I suppose I was 23 or 24 at that stage, so I wasn’t as immature as before. I just went with the first advice I had heard — old school, cut me open, sew me up, and then I’ll play again. I resented the advice I got, and it could have finished my career.

“So then I made lots of calls to make sure I got the second one right, and the more calls I made the more confident I got about making the decision. It came down to Professor Fares Haddad, who operated on Paul O’Connell, and another option in New York. I went with Haddad.” 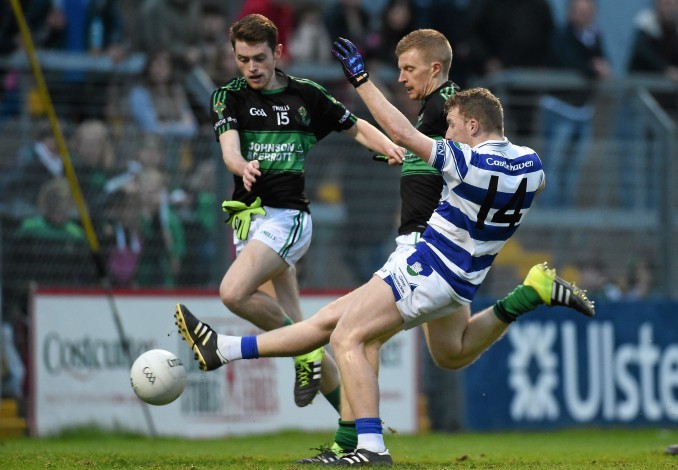 Castlehaven is a small town where football is king. Other sports don’t really factor when it comes to life in this small village. As Hurley explains, it couldn’t be more different to city life where there are a great many options, whereas the weekly highlights in Castlehaven revolve around training.

“Football is everything to me,” says the forward. “I needed to get back playing, it’s all GAA where I am. I live for it.

“I missed the buzz,” he says of his long absence from playing. “The winning feeling, that can't be bought. Getting a score, or being out there with your best friends. When you’re stuck up in the crowd, you have no control over what’s going on. You’re just hoping. Whereas in the game, you can call for the ball and on you go. Winning isn’t the same when you’re on the sideline.”

Castlehaven have collected five county titles in their history, three of which have come this century (2003, 2012 and 2013). They also made finals in 2011 and 201515 and, with players such as Damien Cahalane and Mark Collins in their ranks, they will rightly feel they can upset the applecart against Nemo. 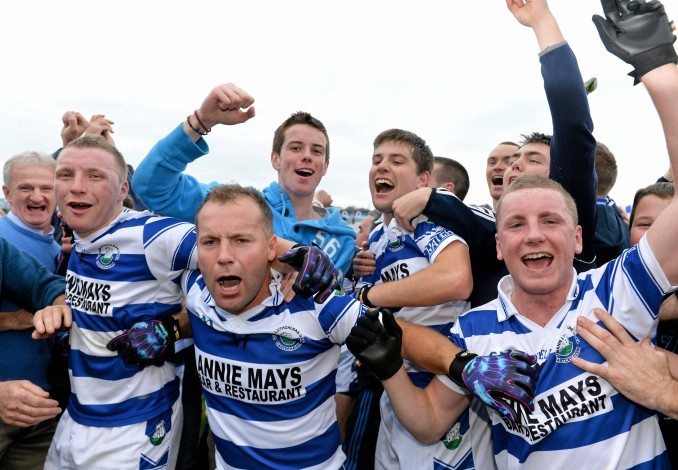 In fact, Hurley explains that the club were down maybe eight players during the summer due to county commitments at different levels, including Conor Cahalane who scored a goal against Tipp in an All-Ireland Under-21 hurling final defeat. In the meantime, Harry Redknapp had come into the club fold as their manager for the AIB Toughest Rivalry series, a modern replay of the infamous All-Ireland semi-final against Erin's Isle in 1998.

“It was very good craic, a different buzz,” says Hurley of the experience. “We were training with big crowds. Harry’s knowledge of the game wasn’t massive and he didn’t really know the rules, but the things he said in the dressing-room ring true in all sports.

“I’ve been playing for ten years now but he said to me: ‘you remind me of Tony Adams, you let people know what you think.’ When he said something, you listened. You can only imagine the egos he’s had to deal with over the years, and it’s impressive that he kept it going.

“Having Harry there gave us a massive bump because we had had a poor league. He didn’t hold back and he had a great sense of humour, great passion, and he wasn’t afraid to call a lad out. I think it helped break the ice in the group heading into the championship. Training was great and the lads were queuing up to take lumps out of each other. It got all the lads going.”

So, quite unusually, a famous soccer manager might well have lit the spark for a Gaelic football side to make another push for glory. Castlehaven are a little unsure of where they are at in relation to the big teams, largely down to playing Division 2 league football in 2018, but Hurley is delighted they are against the standard-bearers of Nemo.

“This is why you play,” he says. “This is why I wanted to get back so badly, why I sacrificed. We have some good players but we have plenty of young lads who weren’t there when we won a few titles, and they want their names in the papers too.

“We got a lot of confidence from the win over CIT, who have good players from Tipp, Kerry and Limerick in their ranks. Nemo are a brilliant side but we don’t fear them.”