Michael Darragh MacAuley: The All-Ireland club is the hardest trophy I've ever won

Victorious celebrations and homecomings are halcyon days for All-Ireland champions but it's not long before players are brought back to earth and their roots again. Dublin's footballers may have just pulled off that stunning four in-a-row, but their club championship now resumes with a third-round of group games.

With so many quarter-final spots still up for grabs, no one will be holding back, despite soldiering together so fiercely in the inter-county trenches this Summer. It's a rapid adjustment to make, says Michael Darragh MacAuley, but one that players always relish. “There's always a healthy club rivalry. Just because you've been joined at the hip to that fella for the last nine months doesn't mean you still don't want to win every ball ahead of him,” he says.

“There'll be big clashes over the next few weeks and, in almost all cases, Dublin players will be marking Dublin players all over the pitch. There's always a few battles going on - and a bit of bragging rights as well - but it's all done in the best spirit. “You have to get into it straight away because the Dublin club championship is crazy hard to win,” he stresses.

“You can't be waiting around. You have to be in it right from the start or you'll see the back door. It is kind of tough initially because (as Dublin players) we have one goal on our mind for so long; to reach the top of the mountain where Sam Maguire lies. “When you climb Everest you're not looking to go back up another mountain any time soon,” he acknowledges. 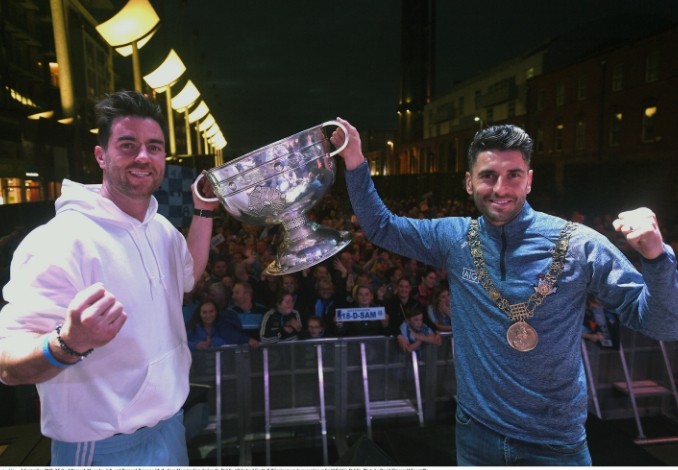 But that's what has to be done if his club Ballyboden St Enda's are to repeat something they've only done three times in their history. They won the Dublin SFC in 1995, 2009 and 2015 and the latter led to an AIB All-Ireland club title in 2016. “You have to celebrate these things,” the flying midfielder said of winning his sixth All-Ireland with the Dubs.

“We did and some more than others! But then we're straight back into it with the club and some of the lads didn't even get a full week off. “There's a little bit of catch-up to be made in terms of where the (club) lads are at,” he said of returning to club.

“There may be some new faces around the place, and maybe some new strategic stuff, so you're trying to get yourself up to speed as quickly as possible. “But most lads that play at inter-county level are busy characters. They like to keep busy and struggle with the idle life, so having a focus like that is good,” he noted.

MacAuley knows, from personal experience, that the club championship is a great window for aspiring players to break into inter-county squads. “Most definitely. A lot of lads think they could be out there playing for Dublin and the championship is the place to prove that.”

“I know that before I was playing with Dublin (2009) and playing for Ballyboden I most definitely targeted the Dublin midfield at the time – Darren Magee and Ross McConnell. “They were definitely on my hit-list, but it was a healthy hit list!” he quips. 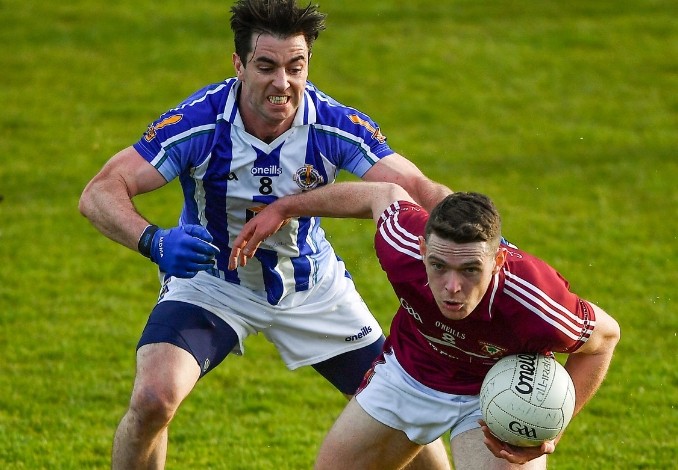 He was also showcased in a particularly famous Dublin SFC semi-final between 'Boden and Kilmacud Crokes in 2009. “I was hungry. I'd gone to Dublin trials the year before and Mr Gilroy told me I wasn't good enough, so I was trying to prove myself,” he chuckles.

“That was just an epic saga that went down to two drawn extra-times. We finally pipped them in a very tight third game and it was probably a bit of a springboard for me.”

“Even when we meet the Crokes' lads out and about now, that three-match saga regularly comes up in conversation. I could have very easily have gone a different direction if Ballyboden hadn't progressed that year,” he admits.

“A lot of our success in 2016 was owed to 2009. In 2016 it was just like a slow train that just kept building and the momentum really built when we got out of Dublin. Then the whole of Rathfarnham jumped on the bandwagon as we came out of Leinster and had a shot at the All-Ireland.

“It was a really special day. The All-Ireland club is the hardest trophy I've ever won and it’s definitely one I'll never forget.” Whether the 2018 Dublin SFC will throw up as big as epic as that 2009 semi-final remains to be seen but there is always added spice in the club championships of reigning All-Ireland champions.

Yet MacAuley warns that club success is a unique cohesion of county and club players who are equally dependant on each other. “I've seen that before at underage, when we had U21 stars came back in and they were just meant to show up and win the game for us. It never happens like that and if you try and rely on that you'll get caught out. “There'll be no one relying on Dublin players to perform some magic. In club it really has to be a team performance.”

“It would be great to come out of a very tight game with 'Plunketts and build some momentum now but, first and foremost, we need to get the win because all four teams in our group could qualify the way it stands at the moment.”