Niall Coakley: I felt like one of the boys even before joining St Jude’s

Niall Coakley was made to feel at home by St.Jude’s GAA club before he even threw on a blue shirt.

The former Cork star switched to the Dublin side from Carrigaline in 2015, knowing that he couldn’t continue working in the capital while playing down on Leeside.

The decision of where to go was an easy one. Jude’s had thrown open their doors to Coakley for mid-week training sessions after he began working in Google in January 2014, so the eventual switch was a logical one.

“They’re a great club and the lads are great,” says Coakley. “When I was driving home to Cork to play, and only training with St Jude’s, they still made me feel very welcome at that point — even though I wasn’t playing for them. So before I joined, I felt like I was one of them already.”

Of course, the talented citóg hasn’t forgotten what Carrigaline did for him, but right now he’s on the medal trail in Dublin. In 2017, the Tymon Park-based side made the county semi-final stage after overpowering a Cuala side featuring Con O’Callaghan and Michael Fitzsimons. 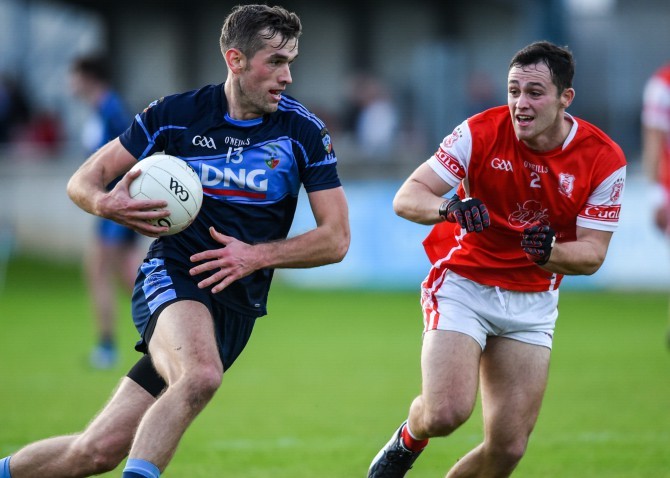 Jude’s were looking to reach just a second-ever final, but laying in wait were the giants of St Vincent’s. The game was level at half-time — 1-4 to 0-7 — but a couple of red cards shown to Mark Sweeney and goalkeeper Paul Copeland gave the underdogs an insurmountable task.

In the end, the 2014 AIB GAA All-Ireland club champions coasted through, but Coakley takes a lot of positives from the season. This Saturday (4pm), they have a chance to get back to the final-four as they meet Ballymun Kickhams at Parnell Park.

Jude’s previously beat Ballinteer and Parnell’s in April, before losing a dead-rubber clash with St Sylvester recently, and they will have it all to do against Philly McMahon, John Small, Dean Rock, James McCarthy and Co this weekend.

“We were level ten minutes into the second half against Vincent’s last year,” says Coakley, who scored 0-4 (0-1f) that day. “We lost Mark when he got a yellow and then a black card, and it was tit-for-tat then when we were maybe two points down. But we lost our goalkeeper and they kicked on then to win by nine points, but it wasn’t a fair reflection of the game.

“It was level at half-time and we should have been ahead; their goal (through Nathan Mullins) came against the run of play. So we took a lot of confidence from that, but we weren’t actually surprised that we got to that level; we expected it.”

Switching from Cork to Dublin football required a period of adjustment for Coakley, as he explains. “I was playing in the intermediate championship with Carrigaline, and had never played at senior level. You’d notice the difference in physicality in Dublin across the board with all the teams.

The other thing is that you know when you’re playing in Dublin — we had two games in April and then we knew we had the summer off other than league games. You could plan your life, whereas you might be playing at a week’s notice at home.” 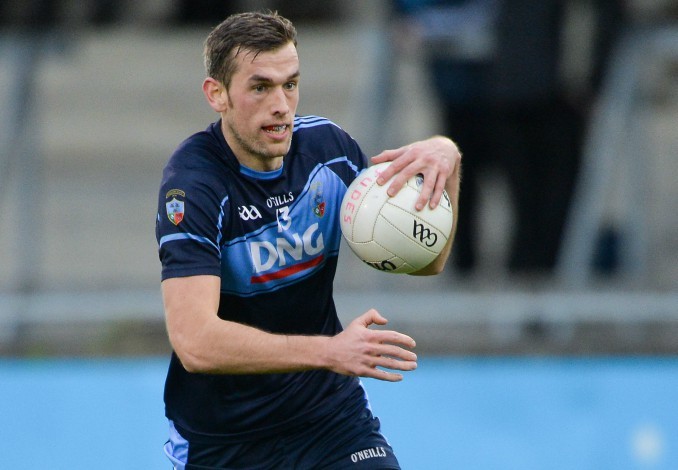 Given the physical nature of the championship in the capital, it might have seemed reasonable that a struggling Cork side would continue to keep Coakley on the books. He turned 29 just last week so he’s still in his prime, but Rebels boss Ronan McCarthy informed the forward at the start of last season that he would not be retained.

“Yeah, I got that call the night before we were playing Cuala in the quarter-final last year,” says Coakley, “so it wasn’t ideal. He told me I wouldn’t be part of the panel and it was disappointing, but maybe it has turned out to be the right decision. I’ve been able to put more time into work, into relationships with people, and into the club. So it has let me focus on those things which has been great. I wouldn’t envisage going back in with Cork.”

So it’s full steam ahead in the county championship with St Jude’s, a southside club with plenty of talent. The name that most people are familiar with is Kevin McManamon, the man whose revitalising goal against Kerry in the 2011 All-Ireland final helped kickstart an era of Dublin dominance.

“He’s a great player to have in your team,” says Coakley. “He always draws so much attention because he can make things happen. Everyone knows what he does with Dublin, and he can get you a goal out of nowhere. He’s a joy to play with, he’s just so dangerous, and a menace with the ball. Even when he comes back into our panel after spending the year with Dublin, his presence helps drive up the standards.

“He’s good to have there for a sing-song too, although he shouldn’t be let near a microphone! It’s his brother Sean that is the singer.”

Coakley and McManamon will hope to play a pretty tune on the field against Ballymun, and the Cork man is acutely aware of what lies ahead.

“They are a big threat every year,” he says. “They won the title in 2012 and have been pushing hard most years since then. They have one of the most talented panels in the county and even in the country. We’re aware of what we’re facing but we’re confident in what we have too, and feel we can put it up to any team on our day. It’s a big ask and we'll need a serious performance"