Eoin Conroy walked the length of Gorey with mouth agape. The wing-back had given a great display as Naomh Eanna won their first ever senior county hurling title by beating champions St Martin’s at Wexford Park.

For a parish that had never even been in a final, never mind winning one, this was all so new. There was nothing else for it other than lining the streets, putting the players behind a pipe band, and soaking it all in from one end of the town to the other.

“It was a mental week,” says Conroy of the fallout from the 2-11 to 0-13 win. “The second we got back to Gorey, we were met by masses of people and cars, and there was the pipe band there at the town monument. We marched behind that past floods and floods of people all the way up to the clubhouse, and that was just packed too. There were people we hadn't seen in years and it was just incredible to see all the well-wishers.

“It was our first title and there hadn't been something like that in the town before, people didn’t know what to do. It meant so much to people, and to people that you wouldn’t be expecting it from.”

Naomh Eanna might not have been at the big dance before, but that was partly because the dominance of Oulart-The Ballagh put all other Wexford sides in the shade for years. Shelmaliers were the sole upstarts between 2009 and 2016 — lifting the title in 2014 — before St Martin’s and now the Gorey stepped out of the shadows.

It helped that Conor McDonald hit top form, with Conroy saying “he was back to his form from when he was a kid. We played underage together and he was a year younger than me, but he was a like a man against boys even then. He’d be 12 or 13 and catching balls over lads and sticking it in the net, nearly getting 2-5 or 2-6 per game.

“He’s been the same this season and I’d imagine he was well clear as top-scorer in the championship. The goal he got against Martin’s, I’d say the goalkeeper couldn't believe it when he had caught it and was in on goals. It's great knowing you can launch a ball up from the backs, and he has a good chance of winning even a 70-30 ball.” 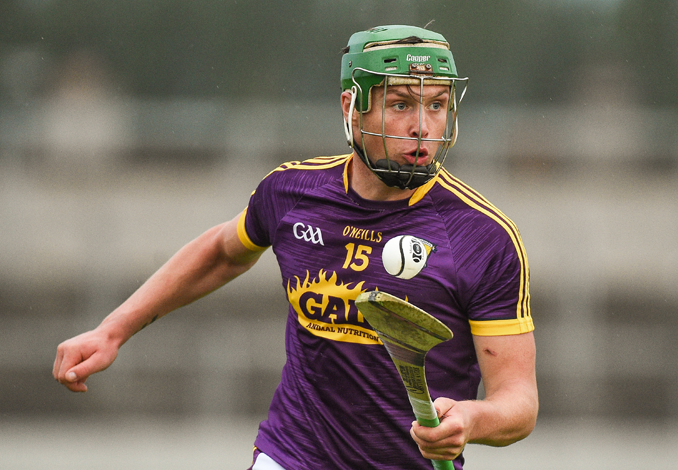 Key to the success of McDonald has been the form of Cathal Dunbar. The pacy forward was initially suspended for the final after receiving a red card against Oylegate-Glenbrien in the semi-final. It seemed an innocuous incident but Dunbar had to go all the way to the DRA (Disputes Resolution Authority) before finally getting cleared on the day before the game.

“We tried to keep the Cathal matter to one side,” says Conroy. “He stayed training with us and had the bit between his teeth, and the management would see how the appeal panned out. It looked harsh on the video and we tried to not let it be a sideshow. There was plenty of excitement in the town and there was the odd interview going on, and there was green and white bunting everywhere. We were trying to take it in too and so was Cathal, and he tried to keep a brave face the whole time.

“It was a massive lift for us on Saturday when we got the news that he was going to be able to play. It was like the first goal going in. Cathal’s partnership upfront with Conor has been huge for it, and it means they can’t just double up on Conor and look for the breaks.”

Talk to any winning team, and they’ll be able to explain where their inspiration and motivation has come from. Naomh Eanna might not pin their cause on one moment or individual, but Conroy traces his own drive back to a letter read out to the team.

“Last year, just before we played St Martin’s in the semi-final, we got a letter from one of our club legends explaining what it meant to play for the club,” Conroy explains. “It was our first semi-final in 30 years or so, and it was Seanie Kinsella who wrote the letter. He played for Wexford for about 15 years and it was read out at a team meeting.

“It talked about what this meant to him and to the people of the town, and it stuck with all of us. That was the defining thing for me. “I remember people saying they could die happy if we won, and it was all just so powerful in general. For years, we hadn’t a team in Gorey for the people get behind, and players were split between the GAA, soccer and rugby. So, it all came together and there was such a sense of community with it.” 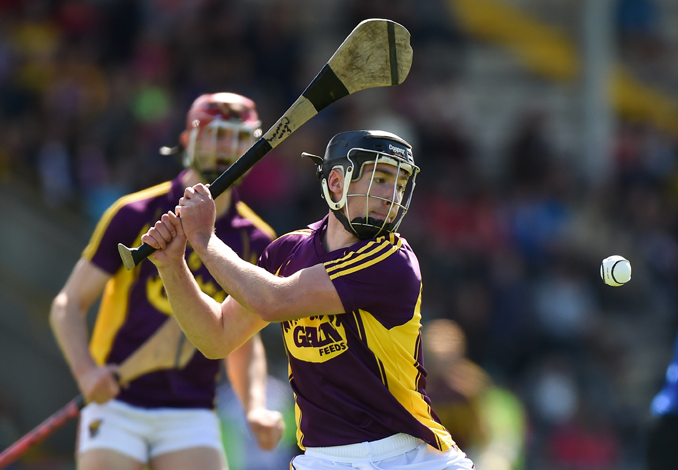 The young defender has had highs and lows in recent years. He played on a Wexford Under-21 side that won three provincial titles on the bounce from 2013 to 2015, of which he is immensely proud of, but also suffered the ignominy of a semi-final loss to Antrim and two All-Ireland final defeats.

“We weren’t given a chance of winning that Leinster final against Kilkenny in 2013,” he said of the extra-time win, a day when Lee Chin began his speech with ‘an bhfuil cead agam dul go dtí an leithreas?’

“They had Padraig Walsh, Cillian Buckley and Ger Aylward, so it was a great win for us. We had made a minor Leinster final the year before but Wexford teams had been performing poorly, so it was a big surprise.

“Then with Clare, they had Tony Kelly who had won senior and young Hurler of the Year the season before. He was just incredible that season (and scored 0-7 in that Under-21 final).”

Conroy was asked to man-mark the Ballyea sharpshooter, and afterwards described it as the "worst 60 minutes of my life", and a year later said in an interview that he would never watch the game back. Not much has changed. “I wouldn’t do anything differently,” he says. “It’s cringe for me. We have all the games on the Sky box at home but I couldn’t watch it.”

Naomh Eanna might have ended their Wexford hoodoo, but they have further ambitions. Oulart are the sole side from the Model County to have won the Leinster title (beating Cuala in 2015), and Conroy’s team-mates all gathered for training after a few days of celebrations.

“Camross will be a massive test,” says Conroy. “They’re dogged and they’ll give you nothing easy. If we win that, you’re up against the Dublin or Kilkenny champions, and then it’s a 60-minute game and it’s wide open. We all saw what Ballyea did a couple of years ago, the unexpected. Winning Leinster would be huge, but it’s one game at a time.”