Brophy back to the books after Aussie experience

Two of Paddy Brophy’s former AFL teammates are coming to visit him in Ireland in October.

The Celbridge clubman moved to the city of Perth back in October 2014, where the West Coast Eagles are based - hoping to create a new life as a professional athlete.

Brophy played regularly in the West Australian Football League for East Perth but a senior AFL appearance eluded him, before making a decision to return home in April 2017.

The adventure left its mark on the talented forward though, and he returned with Kildare and Celbridge as a man with a new perspective on sport and life.

When queried about how the returned GAA star now views his spell Down Under, Brophy says: “It’s a good question that people ask me. I suppose I’ve been so full-on with football here since I came back, that maybe I haven’t really had time to reflect on it.

“It was an experience that not many people get, and the life of a professional athlete is amazing. It very much matures you as a player and as an individual, being out there on your own. I was away from home for three years, so you grow up a lot in that time. It actually made me take my education more seriously while I was there.

“I always had it in my head that teams were interested in me, so maybe I didn’t fully focus on the education side of things, even though I was doing alright in school. Then when I was over there, I started thinking about what I’d do after my football career and it dawned on me how expensive the international fees are for college there. 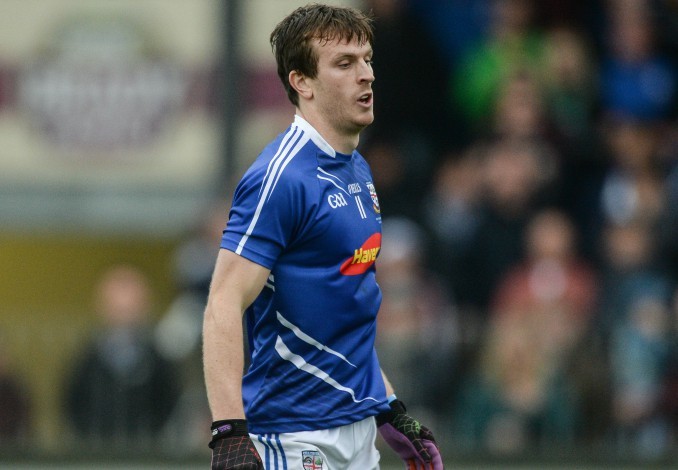 “I miss parts of Perth: the weather and some of my friends there,” he adds. “I was supposed to go to a wedding there at Christmas but couldn’t go because of exams. The Eagles are in the Grand Final this Saturday against Collingwood and two of the lads — Liam Duggan and Tom Barrass — are coming to visit me in October. Liam’s great grandfather is actually from Clare, but they’re both Aussies.”

When Brophy considers the differences in how players are prepared between Aussie Rules and the GAA, the main point he makes is to do with training. Burnout has been a regular topic here over the years, and it’s something that the AFL sides have been tackling head-on.
“The biggest difference is that I was a professional athlete over there and there is such a big emphasis on training,” says Brophy “I actually trained less there than I do here.

“People would say ‘were you not professional?’ but it’s about how well they manage you. You have a hard pre-season but in-season, it’s all about freshness, and recovery is huge. It’s not quite at the same level in the GAA.”

When Brophy made his way back to this island in April of last year, there’s little doubting that people expected this primely-prepared professional athlete to steamroller all before him in an amateur world. As the 24-year-old explains, it wasn’t so simple.

“I certainly wasn’t back to it like a duck to water,” he smiles. “I’d say I was back about two days and I went in for the last 20 minutes for a club game. I remember three times trying to solo the ball, and it didn’t come back to my hand once! It took me a while to get back into the swing of it.” 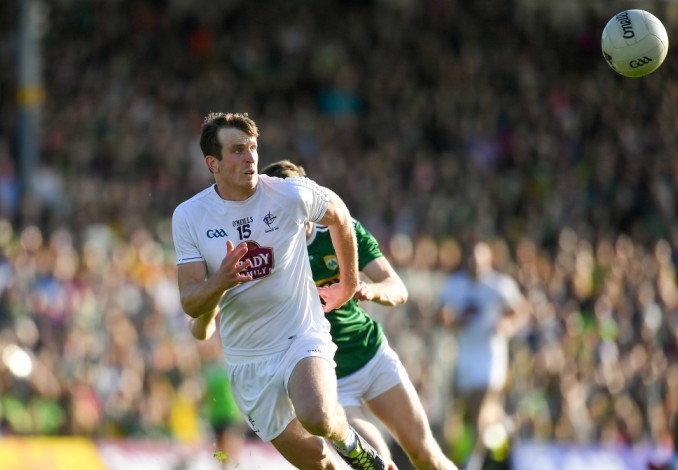 It’s been an interesting couple of seasons for Kildare, as Brophy was part of the side that made a Leinster final against Dublin in 2017 — when they played well but lost by nine points — and were ultimately knocked out by Armagh.

Then, this past season, the Lilywhites had a shocking start to the year when losing every league game before being dumped out of the provincial championship by Carlow. Then, Cian O’Neill spearheaded the ‘Newbridge Or Nowhere’ campaign ahead of the Mayo game, which preceded Kildare making the Super 8s.

Brophy left the country as an inside forward but is now finding his feet a little further out the field. Whereas once he kicked a beautiful late winner in a 2-19 to 2-18 win over Mayo in a terrific Division 1 contest at Newbridge in 2014, he’s now more of a forager. Versatility is key, according to the Celbridge man, as Dublin have shown.

Last weekend, Brophy’s club earned a spot in the county semi-final beating Carbury, this season they’re hoping to take one step more than they did in 2017. Moorefield beat Celbridge in the county decider, but Trevor O’Sullivan’s men feel they have a fighting chance of repeating what Barney Rock’s side last did when winning the cup in 2008.

“We’re going okay,” says Brophy, who played under Kildare legend Johnny Doyle in the Sigerson Cup last season. “We lost the final last year, but Moorefield are an excellent side and they went on to win a Leinster title, and were unlucky to lose to Corofin (in the AIB All-Ireland semi-final). Carbury are a good side too, and then you have other strong teams like Athy.

“We have plenty of talent there and four lads on the county panel — Brophy, Fergal Conway, Kevin Flynn, and Mick O’Grady — so hopefully we’re not too far away. “