Back when Ciaran Lyng was pursuing the life of a professional soccer player, he would often play hurling with Joe Hart, English professional footballer. The St. Martin’s and Wexford star spent some time at Preston North End, but it was at Shrewsbury Town that he became close to the future England goalkeeper, and showed him the ancient game.

“I played with Joe Hart for a year when I was at Shrewsbury,” Lyng tells AIB GAA. “He was a good pal. We used to go out together a bit because we’re the same age. “Then underage with Ireland, I used to play with Aiden McGeady, Leon Best and Stephen O’Donnell (now of Dundalk Town).

“Joe is a funny one, and I think he’s in the same boat as Paul McShane in how he is perceived. They’ve both been scapegoats when things have gone wrong, they’ve been the fall guys, even though they’re just out there doing their best. It’s strange the way public perception goes.

“The Head and Shoulders advert probably didn’t help Joe but they’re all doing it, so I’m not sure why he was picked out. It just sticks to some lads, for whatever reason.

“But Joe is a very nice person, we used to go hurling together, play a bit of cricket, and golf too.”

It’s all a world away from chasing county titles in his home county, which is the main focus just now. However, last weekend, Lyng’s club were knocked out of the race for football honours by Matty Forde and Kilanerin. “Matty has lost a yard of pace at his age,” Lyng smiles of his old teammate, “but he has the street smarts and you see it in his passing and how he lays off the ball.” 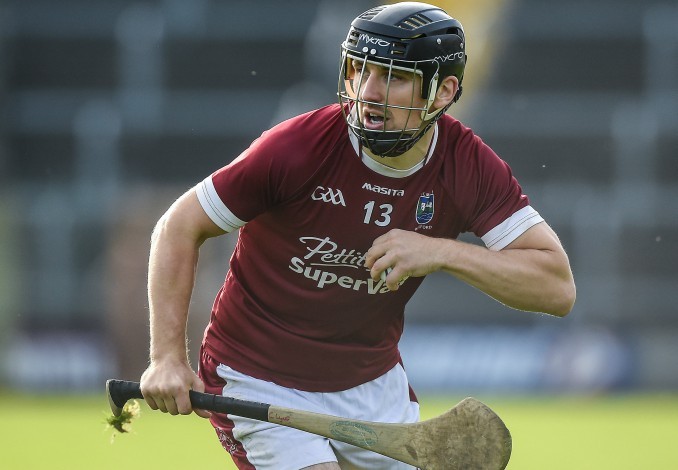 St Martin’s won the Wexford hurling crown last year, winning it for the third time and along the way usurping an Oulart-The Ballagh side that had won eight of the previous ten. Martin’s have some exceptional talent in the O’Connor brothers, Rory and Jack, and other star players such as Willie Devereux.

This weekend they take on Raparees, another coming side containing the quality of Liam Ryan and Kevin Foley, among others. It’s a departure from what Lyng — who also captained the county’s footballers — experienced across the water in his younger days.

Lyng jokes that he begins to feel his age (just 32) when speaks about some of the players he faced during his time as a professional.

“I played against Roberto Martinez (ex-Everton boss, and current Belgium manager) in Swansea’s final game at the Vetch. I played against Fernando Hierro (ex-Real Madrid and Spain) when he was with Bolton, in the Lancashire Cup, which would be something like the O’Byrne Cup here in GAA.

“Les Ferdinand, too, who was absolutely brilliant. I couldn’t believe he was so small, around 5’8” or 5’9”, but he had some spring on him. I’ve no regrets about leaving soccer. Doing something like that shapes you.” 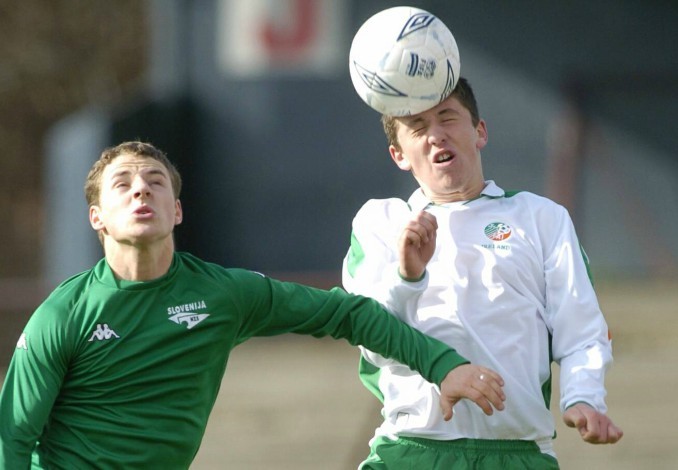 Just a couple of years after opting out of a soccer career, Lyng was in lethal form when the Wexford qualified for the 2008 All-Ireland SFC semi-final under Jason Ryan. The chartered accountant with PwC was nominated for an All Star that year, and that season counts among his best memories.

“It’s hard to pinpoint a favourite moment but 2008 was fantastic. Then in 2011 we came very close to beating Dublin in the Leinster final — we trained hard that year and our core group was at the right age, it was our time. That was in Jason’s last year but the Dubs won, and they got the first of their five All-Irelands that season.”

Lyng has finished his days with the county side and this is the first season that he has been able to give himself totally to the club. It was a wrench to leave with Wexford football at such a low ebb, especially to leave behind close friends such as Brian Malone and Daithi Waters, but he has enjoyed his extra spare time.

“It was more difficult to leave when they’re not going well,” he says. “Especially when I probably could still offer something. But it’s allowed me to do a lot of things: I’ve been to Sicily and Morocco and to London on trips. I got married in March over in Seville.

“When you're playing at that level, a lot of relationships go on hold during the season. Like, you might go to a wedding but only for an hour and you’d be drinking water. I’ve had a hip injury that I’m able to rest a lot more now, rather than doing rehab regularly just to play matches. But I had great times with Wexford too.”

There’s an interesting, undated entry on Lyng’s Wikipedia page, which says: “Lyng is currently travelling around the world with his girlfriend but is expected to return home in time for Wexford's National Football League campaign. However, he missed the infamous crawl which takes place in Wexford town on 18 December this year.”

The dual club star laughs at the entry. “Oh I know about it, yeah! I have a big group of friends who play club football only, and they take any opportunity to slag me. Every year, we go out for a day and I tried to move the dates one year because I was in South America. They wouldn’t budge, and they put that up!”