In a world where youngsters are now welded to their mobile phones and consume news and entertainment in a way that is incomprehensible to most of their elders, Paddy Fitzgerald is still breaking barriers.

When Midleton hurlers made their big breakthrough with those three Cork titles in 1986, 1987 and 1991, he was their manager.

It took 22 years for them to win another county SHC title and it was Peter Smith who was in charge in 2013.

But, as the Magpies get ready to face into another AIB Munster Club SHC campaign, it is 'Paddy Fitz' who is back in charge again - 30 years since leading John Fenton and their golden generation to that famous All-Ireland club title in 1988.

“Yeah, it's mad, Paddy's back!” confirms Conor Lehane, as inspirational on the pitch now as Paddy has remained off it.

“He's a legend. I think he's around 80 now but he has some energy. He took over as manager two years ago again, with Sean O'Brien as the coach. Paddy's son Ger is one of our selectors too.

“He's actually a great man-manager. You'd think, with such an age-gap that it would be difficult, but you can chat away to him. Paddy really knows his stuff and is very clued into us as players.”

Lehane quips that Midleton's journey to the Cork SHC Final this season was so heart-stopping that it endangered more than just Paddy's health.

“We won three games on the trot by a single point! Entertainment-wise it was brilliant but I'd say the crowd, especially the parents, were in the absolute horrors sometimes.”

With every one-point wriggle, they actually let a 10-point lead slip to two in their semi-final against Blackrock. Midleton's confidence grew, only to take a bad hammering again when they lost the county final by 10 points. 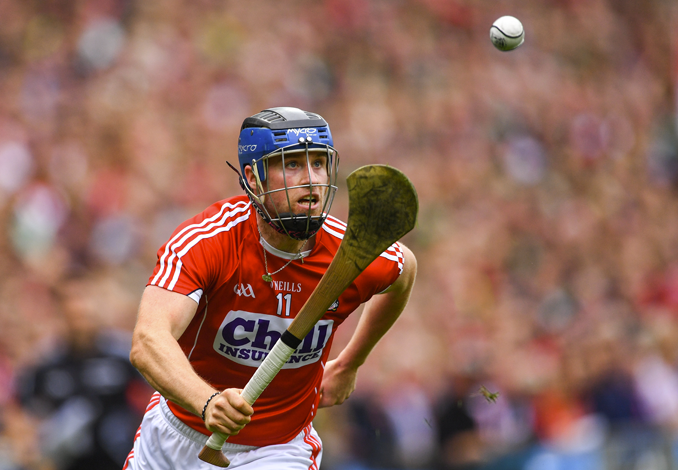 Yet they've had to regroup quickly and lift it again as Cork's representatives in Munster, because the Rebel's two in a row county champions Imokilly can't go through due to their 'divisional' status.

“It's tough to lose a county final when it's been your priority for so long,” Lehane admits of that unusual mental dilemma.

“It's obviously great that we can go on and play and represent Cork - that's unreal. We could sit down and be gutted but we're still representing Cork. That's a great honour and we don't take that lightly.”

It was never going to be anything else for him but hurling.

Lehane's dad played for local rivals Bride Rovers and the whole family is “obsessed with hurling, demented by it”, he admits with a grin.

His gifts were first heralded as a brilliant schoolboy, starring for Midleton CBS in the Harty Cup, before winning a Fitzgibbon Cup with UCC and three Munster SHC titles with the Rebels.

But the 26-year-old admits to a little regret now, at not diversifying a little more in his youth.
“If I'd my time back, and especially if there was no hurling, I'd like to have tried rugby and especially basketball,” he reveals.

He has a real grá for the hardcourt game and follows the NBA now, an interest that has increased because one of his work colleagues in the AIB in Little Island is revered Irish basketball international, Grainne Dwyer.

“When I was in college I'd go over to watch the basketball games in the Mardkye. I'd see the coverage but didn't pay much attention to it,” Lehane confesses.

“But, after working with Grainne, I'd know all about the rivalries and the players now. I didn't realise just how strong it is in Cork, especially back in the glory days of Blue Demons and Neptune.”

Like Irish basketball, Midleton have waxed and waned, even since that memorable county title in 2013 when Lehane scored 2-10 in the final, 2-7 from play.

“We did take a dip after 2013,” he acknowledges. “We didn't approach it correctly for a long time.

“The year after we were just a bit naive. It wasn't like we were 'oh we have this again' by any stretch of the imagination. We just weren't sharp and suddenly we were gone. 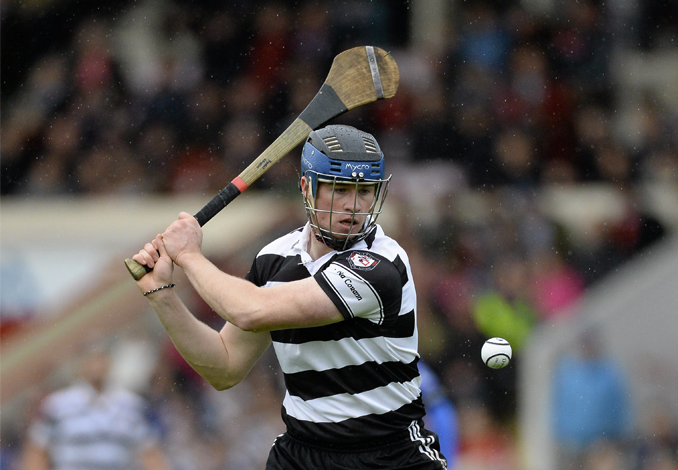 “The following year people nearly started using 2013 against us, like 'why didn't you do this or that?' We were getting a bit annoyed with people, because it seemed like it was nearly a bad thing that we weren't able to do it every year.

“But, you know, we were a lot younger then too,” he notes. “A lot of us were still in our early '20s and you're all over the shop at that age. We're a lot older now and you don't react to those things.”

Midleton have also lost some key players since. Killian Burke and Patrick O'Mahony, two of their 2013 full-back line, are now living and working in London. They lost another to a teaching job in Abu Dhabi and corner-forward Brian Hartnett transferred back to his original club.

That, Lehane stresses, is a universal problem for every GAA club. Players have to make hard decisions about work and their personal lives that have far more consequence than just a game.

And the vacancies left offer others an opportunity to step up, whether they are intercounty stars like himself and Luke O'Farrell; or youngsters, or lesser known stalwarts like Padraig O'Keeffe.

“Padraig is probably our unheralded hero. He can play anywhere. He's been forward, midfield, in the backs and is the heart of the team really, the way he plays – and he's a great man for the fist-pump!”

It's certainly been a rollercoaster season for Midleton with nothing easily won and he knows they face an even bigger challenge now with Waterford champions Ballygunner.

“They're coming off a (county) five in-a-row and have been seriously contesting the Munster Club SHC for the last five years in-a-row too, so I'd say they feel it's their time. But that's the challenge for us now.”