Rory Beggan keen to create his own identity

Rory Beggan appreciates the comparisons, but now he wants to step forward to become his own standard-bearer.

For a couple of seasons now, the Scotstown star has been compared to Stephen Cluxton, Dublin’s five-time All-Ireland winning captain who many feel has been the game’s most influential player ever.

There was a time when a goalkeeper simply stood under the black spot and spent much of the game watching on, only to occasionally lamp kickouts blindly down the field. In truth, it’s always been an important position but these days it’s crucial; teams build from the back, and kickouts are king.

Beggan is an exceptional free-taker from all distances, as he’s regularly shown in the county colours, but is also one of the finest exponents of the restart in the game.

“You’d have to take it as a compliment,” says Beggan of the comparisons with Cluxton. “He’s the best goalkeeper of all time and I based my game on him a lot when I was younger. I wouldn’t have his ability but managers want goalkeepers who can play the way he does, so we have had to adapt.

“He set the standards so high and it’s now higher overall because of him. It's a huge compliment, but I’m 26 now and I’m at a stage where you want to step forward and be known in your own right, to be your own standard-bearer. You don’t want to fixate on comparisons, you want to be your own man.”

Beggan didn’t simply arrive among the elite, he had to work his way there. He recalls being a very different goalkeeper three or four years ago, one who would stand over kickouts and “be thinking s****” when the opposition would go for a high press.

His concerns back then were about gifting away a goal chance, but he has become more comfortable as his experience has grown. He also puts it down to repetition and practice, not to mention the modern focus on creating options out the field. 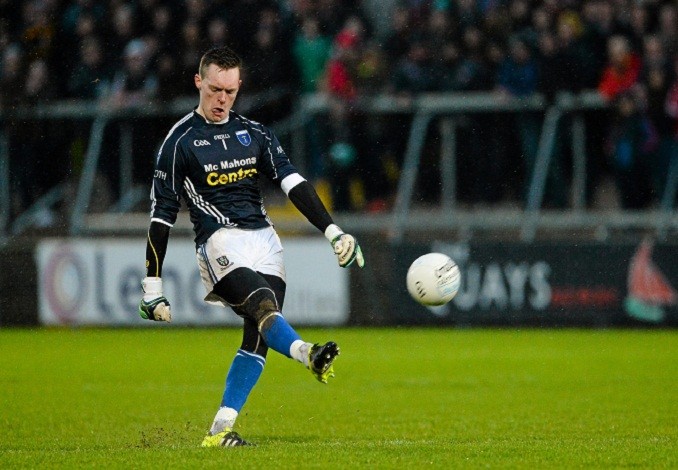 “The 50-50s don’t help the team,” Beggan explains of kick-outs in bygone eras. “The restarts are so important now because you need to gain possession. 50-50s will be snuffed out and you can see the damage it does to your team. Even look back at the All-Ireland final where Dublin squeezed up on Tyrone and must have got 1-2 or 1-3 off their kickouts.

“Gaelic football has evolved so much now in terms of strategy. When I first went into the county panel in 2011, Eamonn McEnaney wanted us to keep possession but it was not as structured then as it is now. It’s up to the keeper to hit the space, but anyone from numbers two to 12 needs to make themselves an option. It’s changed a lot.”

Beggan has grown along with his club, Scotstown, who recently claimed a four-in-a-row of county titles. They have firmly established themselves as the cream of Monaghan football, but so far have been unable to translate that to Ulster glory.

They last lifted the provincial crown in 1989, when Beggan’s dad Brendan played, and have reached the big dance just once in their current run (2015). It was a classic encounter with Crossmaglen, with the Armagh side lifting the title after extra time.

When Beggan is asked about that clash three years ago, and whether his side could have done any more, it’s clear that it brings back some tough memories. “If I had stuck over a couple of frees,” he laments. “Regrets? Well no, we gave them the best we could. I let myself down with a few frees and let the team down; they weren’t going over and that was tough for me. But that was an unbelievable Cross’ side and we had a brilliant game because both teams went out to play football in tough conditions. It was one that got away.”

This Sunday, Scotstown meet Derrygonnelly of Fermanagh in Clones in the first round of the province — a clash of two sides who have completed county four-in-a-rows. Beggan knows they face a stiff task, and that both groups share ambitions of making an impact in Ulster.This will be the Farney champions’ fifth jaunt into the competition in recent times, and Beggan explains where their resurgence came from. “There has been a huge mentality change,” says the goalkeeper of the past five or six years. “Mattie McGleenan came in 2013 and changed the culture and discipline of the group. If you didn’t perform, you didn’t play; he had no time for boys letting him down or just showing up when they wanted to.

“He made strict plans and he stood by his principles of open, attacking football, which works well with the likes of Kieran and Darren Hughes, Shane Carey and Conor McCarthy in the team. Lads were eating out of the palm of his hand for four years because we knew his philosophy was working. It’s the same with (current manager) Kieran Donnelly. 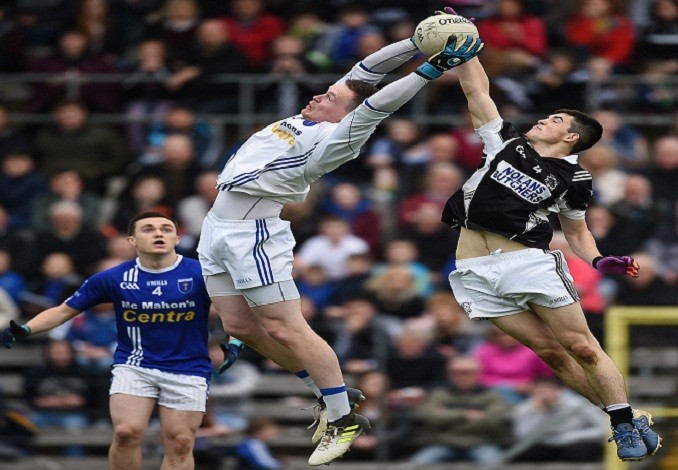 “We lost the first round in 2013 but came through the back door and won the final with a bit to spare. Then we got beaten in 2014, and that for us was a bit like when Dublin lost to Donegal in 2014 — we needed that kick up the hole and it was a blessing in disguise.”

When you think of the influence this parish has had on the GAA, it’s no surprise that the area revolves around football. Declan Brennan set up the Club Players Association, Paraic Duffy was Director General of the GAA until recently, and many locals have represented the county.

“If you came into the town, you’d see that the majority of kids have a football in their hands. We have great academies, we have coaches, and the numbers are big here in the last few years, both at senior and juvenile levels. We had a barren spell but there was a big emphasis on development in the past few years and it’s beginning to bear fruit now. The support is huge for us and, even though we were in a sixth county final in a row, there were still flags out for it everywhere.

“It’s all football here, really. There are three schools and they are all crazy for it. There’s a big population and people will say it’s an advantage but you have to get the kids out and get them coached. So huge credit has to go to the volunteers too.”

As for Sunday’s clash with Derrygonnelly, Beggan concludes: “It’s going to be a tough game, no matter who wins it. A lot of big teams have been knocked out around the province so both of us will feel it’s a good time to push on.”