‘Club is different. Club is in your DNA and in your bones’

They can hardly have a sideboard big enough for all his achievements in Eddie Brennan's house.

Eight senior All-Irelands, 11 Leinster’s, five NHLs, four All-Stars, multiple Man of the Match awards including the 2008 All-Ireland final, and much, much more for 'Fast Eddie', the man with the quicksilver wrists who scored 26 goals and 63 points in his 12-year career for the great Stripey Men.

No sooner had he finished in 2011 than he was straight into a successful coaching career and while leading Kilkenny to an All-Ireland U21 final in 2017, had also emerged as one of RTE's most accomplished new hurling pundits. So, why then get so emotional after Graigue Ballycallan won the Kilkenny intermediate title this year?

18 years ago, Graigue’ won the Leinster senior title. They've only won the Kilkenny senior twice (1998 and 2000) and after the latter, himself, Adrian Ronan, James Ryall and Co led the rural club all the way to the 2001 All-Ireland senior final, beating Sixmilebridge in a replayed semi-final before losing the extra-time decider to Athenry.

Surely a county intermediate title is small beer compared to those dizzy heights and his stellar Black & Amber career?

“Club is different. Club is in your DNA and in your bones.”

And there was a regret seriously gnawing away at Eddie's bones that was only exorcised on October 28, 26 days after he turned 40.

In 2013, after refusing it previously because he felt it needed a man who was always around, he took on the captaincy of his club Graigue Ballycallan.

“It was my only year to captain the club and we got relegated. It was something that ate at me a little bit,” he admits.

“At the time I was doing a small bit of junior coaching with Lisdowney and the same day we got relegated they were in the county semi-final and went on to win the junior title.”

Whenever club-mates would bemoan Graigue's diminshed status and struggles in arguably, the most competitive intermediate club championship in the land, he still never lost hope, arguing that their talented crop of youngsters would get them back up whenever they were good and ready.

Five years later, managed by Tipperary football legend Declan Browne, and with Eddie still at the heart of their attack, it has happened and proved a treble delight.

Not only did they come back from a nine-point deficit to defeat the team who beat them in last year's final, but that side were Tullaroan, their nearest neighbours. The sight of Eddie comforting an inconsolable Tommy Walsh afterwards captured the total club devotion of two legendary Kilkenny warriors.

Brennan, like many inter-county stars, confesses to over-trying for the club in the past.

“I'd have put pressure on myself to shoot the lights out and try and maybe hurl a few different positions. What I'm really enjoying now is just playing your own game.

“There's young lads in our club now who are so good,” he says, singling out Billy Ryan and Conor Murphy for special praise.

“Because of my past people will maybe still be like 'watch this lad', but that just means there's room for other lads and they're all well able for it. We've six U21s starting, there's an injection of young legs and they're just great.” 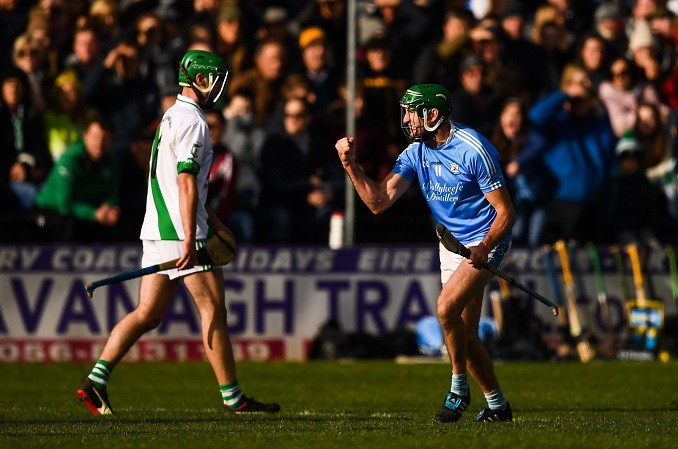 After dispatching Celbridge (Kildare) and Fethard (Wexford) a wicked twist of fate has now pitted Graigue’ against Portlaoise in the AIB Leinster IHC final.

Brennan took over as Laois senior manager this winter and his new backroom team includes one Tommy Fitzgerald, another local legend who, like himself, is still lining out for his club (Portlaoise).

It is also, by coincidence, 20 years since Graigue’ and Portlaoise met, in a Leinster senior semi-final which 'The Town' won.

“I was 20 and never got off the bench. The final score was six points to five and we had 17 wides!” he recalls.

“We learnt a lot that day and who knows what would have happened if we'd won. We'd have faced that great Birr team, a really big challenge that we mightn't have been ready for.”This year's re-match shows just how deep a club's genes and roots reach.

Eddie and Olivia have three kids of their own now: Harry (7), Simon (5) and “the boss” Maeve (2).
Watching their wide eyes at the club's county intermediate celebrations was half his joy, and the other half was standing back on stage to observe the club's hidden heroes get their quiet reward.

“The one who jumps out most is Jack Ronan, our groundskeeper. Himself and his wife are washing the club jerseys forever and now he's handing that down to Maurice, or 'Gussie' as we know him.

"I'm at an age now where you really appreciate all the work that goes on behind the scenes. As players we're lucky. We get to go out and enjoy the hurling and the triumph of it and bringing the cup home.

“But now I think of all our fathers who were committee members and team managers when the club struggled. We had junior success in 1985 and won the intermediate in '87 – my dad Joe was playing then – and they brought us along to all those homecomings. That all sowed the seed.

“Being introduced to the crowd this year, to see our juveniles experiencing that, was just brilliant. That's sowing the seed again.

“And seeing the guys who were stewarding that night. They're the same men who go up and park the cars for every match and are up in the grounds for every family fun-day. It's lads like that who embody the club spirit. That's real community engagement at its very best. They're the real unsung heroes.” 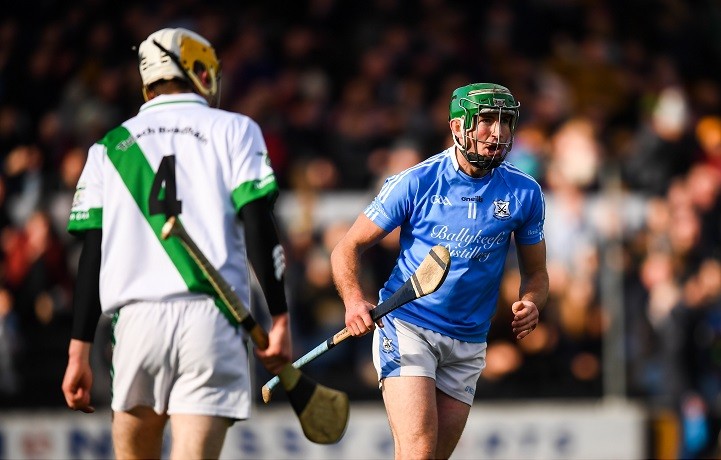 Graigue-Ballycallan (Kilkenny) play Portlaoise (Laois) in the AIB Leinster Intermediate Hurling final on Saturday December 1, in Nowlan Park (throw-in 1.45) which is a double-header with the junior final between Dunnamaggin (Kilkenny) and Na Fianna (Meath) at 12 noon