It was all anyone ever said before about Gaoth Dobhair, that we 'couldn't win the county.'

Dáire Ó Baoill works in a bar but has absolutely no problem organising his shifts around club training.

After two years of studying Irish and maths in NUI Maynooth, he has taken one year off to “build up the bank account" by working fulltime behind the counter in Teach Mhicí, a long-standing local pub with a new pizzeria on the side.

He's not the only Gaoth Dobhair player employed there, which is no surprise considering it is owned by their revered club-mate Kevin Cassidy. Between both, Ó Baoill and Cassidy represent two generations of Gaoth Dobhair footballers, who have finally clicked to lead a long-awaited comeback.

It's led them all the way to an Ulster final against Scotstown (Monaghan) in Omagh on Sunday, and they're relishing the challenge because just three years ago, when they were at their lowest ebb, none of them imagined this renaissance.

When Naomh Conaill (Glenties) trounced them by 12 points in 2016 even Cassidy, who had managed them himself a few years earlier, lost hope and called it a day. But Mervyn O'Donnell persuaded him out of retirement and now the 37-year-old and the McGee brothers Eamon and Neill are the experienced ex-county veterans who led them to beat their arch-enemies from Glenties in this year's final.

Odhran MacNiallais is another more recent county stand-out and then comes Ó Baoill's generation, a swathe of youngsters who won everything in the county from U16 up, including two minors and two more U21s.

Ó Baoill, just turned 21, broke into the county senior team this year and provided the three first-half goals (one penalty) that sensationally and emphatically knocked out Crossmaglen in the Ulster semi-final, his first hat-trick ever.

He is surrounded by former schoolmates and friends, like Shane Ferry, who came off the bench to score a point against Cross', his best buddy “ever since we went to school together as naíonán beag.”They shared digs in Maynooth too, along with Naoise Ó Baoill, Dáire's first cousin, whose slight Aussie twang is explained because his family only returned from Australia when he was starting sixth class. 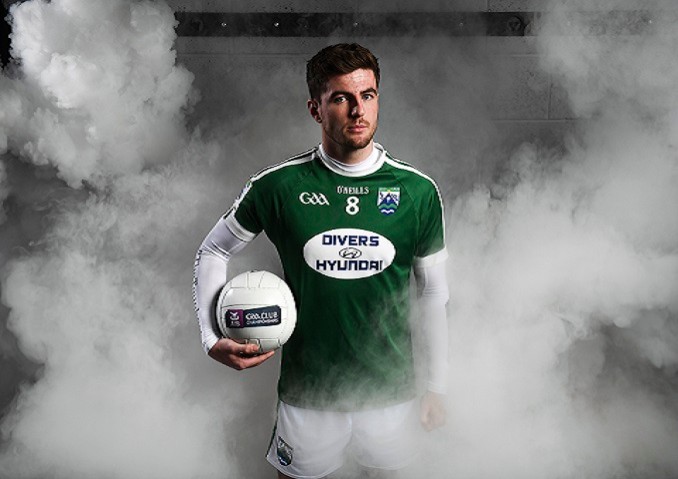 Emigration has always been endemic locally in a region still caught in a frustrating cycle of poor infrastructure, lack of investment and unemployment. When the club hit rock-bottom in 2016 a few more took flight.

“We lost an amount of boys away then, to Australia and Dubai and America“, Ó Baoill explains. “But I've heard a lot of them are coming home for the (Ulster) final. They'll be sickened missing it but at least they'll be home.”

Gaoth Dobhair is a unique place, not a town in the strictest sense but a series of villages in a huge parish that's 16 miles long and 9 wide, with one commercial strip known colloquially as 'The Golden Mile'.

The club crest, which features a fish, a deer and Mt Errigal, reflects an area of natural beauty and great culture.

It's the most populated Gaeltacht in the country so the whole team speaks Irish – they say a decade of the rosary 'as gaeilge' in the dressing room before every game -  and takes pride in their native language and music.

Gaelic football is equally indigenous. This year's county title earned them a record 15th county SFC but it was their first in 12 years.

“When we had our backs against the wall two years ago and no manager wanted to take us, Mervyn took the job and said we'll just start from scratch. We've just clicked this year, a mixture of the younger boys and the old boys like the McGees and Kevin Cassidy”, Ó Baoill explains.

“For us the toughest thing always was winning the county title. Gaoth Dobhair had its golden years in the '50s-'60s but there was a lot of pressure on us because we hadn't won senior since 2006. We didn't even get out of the group stage until last year!

“It was all anyone ever said before about Gaoth Dobhair, that we 'couldn't win the county.' Once we did this year there was a huge burden lifted off our chest, a huge pressure off us.” 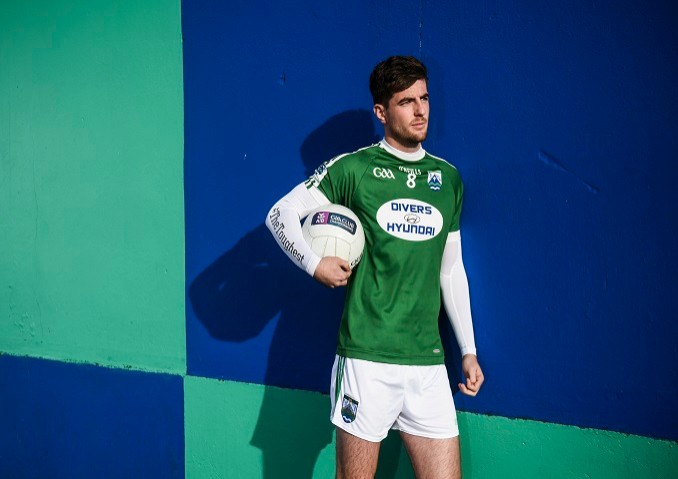 They could have lost their young midfield star to another sport that's popular locally. He played for Finn Harps' U19s for three years and was part of their Airtricity National League squad for half of one season.

“I was in Maynooth at the time so it was handy for them to pick me up whenever they were playing the likes of Cork or Wexford”, he says modestly.

But gaelic was always his first love. “At Finn Harps it was always new mates you were with but, at home, I'm playing with ones I've grown up with and that's different.”

“Kevin and the McGees were winning All-Stars and All-Irelands. Sure everyone in the country knew about them. They were big men and big personalities.

“They're the exact same with the club. Us younger ones would have been easy-going enough but you know when they switch on before a game that you'd better keep your head down and switch on too!” he grins.

footed: “They couldn't tell because he's scoring off both! He's like a man re-born, absolutely flying.”

In Ulster they first took out Antrim champions Cargin and then shocked the fabled Armagh kingpins to become only the fifth Donegal club to reach the provincial final.

“It's hard to believe given the quality of those teams,” he says. “This is new territority for us all, even for the older lads, so we're all going in blind.

“We know all the great Monaghan players Scotstown have had through the years and at the moment, and they play that Monaghan style too. They'd probably have felt they had one hand on the cup the minute (defending champions) Slaughtneil were knocked out in Derry. They'll probably be feeling this will be their year.

“I know we beat Crossmaglen but it might not be the same Crossmaglen team that it used to be,” he cautions. “We know ourselves within our group not to get over-hyped about it because we know Scotstown will be a far better team than them.”