Such are the standards of Corofin that last Sunday’s sixth county final win in a row has already been put to bed ahead of next weekend’s clash with Roscommon’s Clann na nGael in the AIB Connacht Club Championship semi-final.

A good weekend for the Galway side started on Friday when Ian Burke won his first All Star and they followed it by capturing a 20th county title. These are great days for Corofin but despite their success they have yet to match the provincial success of Clann na nGael. The Roscommon side dominated club football west of the Shannon in the 80’s, winning eight county titles and seven Connacht crowns.

After 42 minutes of their clash with London champions and Connacht debutants Tir Chonaill Gaels on Sunday, Clann na nGael must have thought replicating those great days was further away than ever. However, Graham Pettit’s goal steadied the ship and the Rossies went on to win by 5 points; 1-15 to 1-10. Donie Shine registered 9 points, 7 of which were from frees.

It’s been 24 years since Leitrim’s Aughawillan reached a Connacht final but next Sunday they’ll hope home advantage will count for something against Ballintubber in the semi-final. Kevin Johnson’s side squeezed through to the last four with a one-point win over Sligo champions Tourlestrane at the weekend. Man of the Match Diarmuid O’Connor scored the only point from play for the Mayo men while brother Cillian scored five from frees.

Waterford’s Jamie Barron and Conor Gleeson may be well known nationally for their hurling exploits, but football is the first love of their club and three-time provincial finalists The Nire. Next Sunday they face Clare’s Saint Joseph’s Miltown-Malbay in the Munster semi-final. Barron and Gleeson both contributed to the scoreboard as the Deise side brushed Adare aside in the quarter-final on Sunday winning 1-18 to 0-12 points.

On the other side of the draw, Dr Crokes set up a semi-final with Cork side St Finbarrs by beating Moyle Rovers 3-15 to 0-8 points in Ardfinnan.  Kieran O’Leary scored two goals for the Kerry men whose passage to the next stage never looked in doubt. The Killarney outfit who are going for a second Munster title in three seasons, welcome the Barrs to Dr Crokes grounds next Sunday.

In hurling, Down champions Ballycran caused a shock with their win over three in a row winners Slaughtneill in the Ulster semi-final. Now they hope to create another tremor by beating Ruairí Óg Cushendall in the final this Sunday. The Ards men last won the provincial crown in 1993 and will hope history will repeat itself as it was Cushendall who they beat in that final.

Speaking of history repeating itself, All Ireland runners up Na Piarsaigh and Ballygunner will meet in the Munster final for the second year in a row on Sunday week. The Limerick side brushed aside Tipperary’s Clonoulty Rossmore 3-22 to 13 points at the Gaelic grounds. Ballygunner’s passage to the final proved far more difficult with two periods of extra time required to separate them and 2016 Munster winners Ballyea. The Waterford side looked like they were on the way out deep in injury time of normal time however Philip Mahony batted to the net to rescue Fergal Hartley’s men. Ballyea can take some pride in defeat with Pearse Lillis, Jack Browne, Niall Deasy and Tony Kelly all standing out for their side. Pauric Mahony once again stood out for the “the Gunners” with a 14-point haul, 10 of which came from placed balls, 2-26 to 2-23 the final score of an epic in Walsh park.

In Galway, defending champions Liam Mellows overcame Cappataggle by a point 0-20 to 0-19 in their semi-final and they’ll play Saint Thomas’s in the final on Sunday November 18th. The former All Ireland champions defeated Sarsfields 2-19 to 20 points in the first of Sunday’s double header of semi-finals at Kenny park. 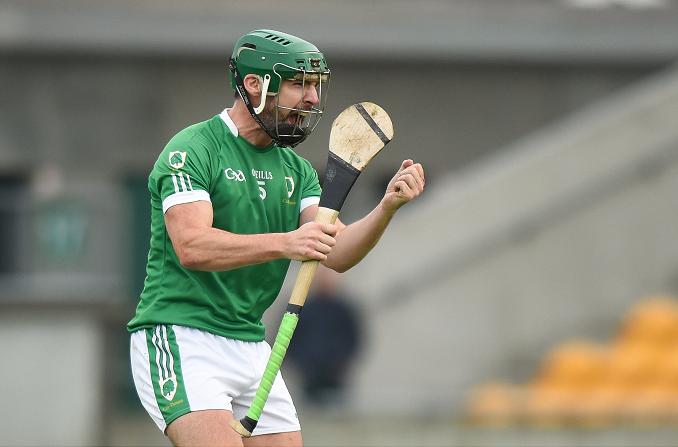 Coolderry will find out their opponents for their Leinster semi-final on Tuesday night. Ballyboden St Enda’s face Westmeath’s Clonkill in their rescheduled quarter-final encounter at Parnell Park. Brian Carroll swapped his place in the co-commentary position for the pitch scoring 1-5 as the Offaly men powered to a 1-22 to 1-16 win over former Leinster champions, Mount Leinster Rangers in Tullamore on Sunday. Wexford’s Naomh Eanna had too much for Camross winning 3-18 to 2-16. David O’Brien and Conor Mc Donald’s early goals set the tone for the Gorey men who will play Henry Shefflin’s Ballyhale Shamrocks in the semi-final.

Monaghan goalkeeper Rory Beggan won his first All Star on Friday night and celebrated in the best way possible. Drinking Mi-Wadi at Friday’s glamorous ceremony before going onto score a point from play and one from a free as Scotstown beat Burren by 13 points to 10 in the Ulster quarter-final. Eoghan Rua Coleraine await them in the semi-final after their 2-11 to 11 points win over Cavan Kingpins Castlerahan.

Gaoth Dobhair and Crossmaglen has blockbuster written all over it. The two will play in the Ulster semi after contrasting wins over the weekend. The Armagh side’s resurrection continued with a 0-13 to 0-10 win over Na Fianna Coalisland on Saturday, while on Sunday Gaoth Dobhair overcame Cargin 3-11 to 1-13. Former All Star Kevin Cassidy was among the goal scorers with 1-3 for the Donegal champions.

Johnny Magee won three Leinster club titles with Kilmacud Crokes as a player but next Sunday in Navan, he’ll co-manage Crokes for the first time in the competition. They face Meath champions Dunboyne who already have a provincial championship game under their belt beating Shelmaliers with something to spare in the first round. Crokes will have a unique insight into their opponents as joint manager Robbie Brennan is a former manager and player with the Royal side. Brennan was part of the Crokes team that beat Dunboyne in the 1998 Leinster club championship before transferring to them in 2002. He then played against the Stillorgan club in the Leinster club championship of 2005.

Defending champions Moorefield welcome seven-time winners Portlaoise to Newbridge. No club have won the Leinster Championship more than Portlaoise but Éire Óg are the closest with five titles. The Carlow side make the trip to Drogheda this Sunday where they take on Newtown Blues. Rhode have reached two of the last four Leinster finals and are hoping that they can get take a step closer to returning to that stage by overcoming Longford’s Mullinalaghta St Columba’s this Sunday.

Clare side Inagh Kilnamona are looking for a first ever Munster Camogie club title when they play Cork’s Inniscarra this Sunday in Cashel. The Banner ladies will be confident going into the game having beaten champions Burgess-Duharra in the semi-final. The one to watch in this game for Inniscarra will be ten time All Star Rena Buckley who has retired from inter county action but remains a totemic figure for her club. In the Intermediate final Éire Óg of Cork meet Gailltír of Waterford.

A great year for Kerry camogie continues this weekend when Clanmaurice take on Meath side Kilmessan while Cavan’s Crosserlough meet Roscommon’s Four Roads in the All-Ireland Junior Semi-Finals. Clanmaurice were in the news last September when they represented Kerry in the All Ireland Junior Final. While they eventually lost to Dublin, a county panel comprising of players from just one club is an amazing feat. 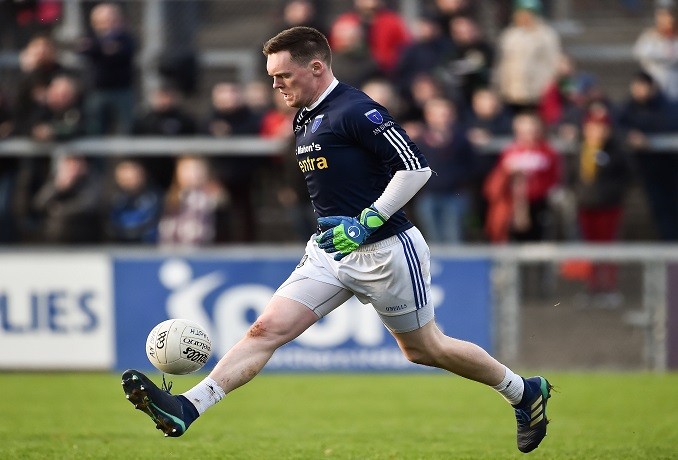