Chicago provided a much needed break

With distance comes some perspective, or, at the very least, a temporary escape.
Diarmuid O'Connor was still reeling from Mayo's third-round All-Ireland Qualifier defeat by Kildare and, literally just stepping off the bus home from Newbridge, when his phone rang.

The call was from America, from Chicago GAA club John McBrides wondering if he'd like to come over given Mayo's sudden and shock exit from the championship.

“They were apologising to me for ringing so soon after the game but said they had to because the deadline for signing was the Monday night. If I did want to go I had to make a quick decision.
“I said no first of all because I was devastated and really didn't want to think about anything,” he admits.

“But, as the night went on, I got talking to a few of the lads and decided that it mightn't be a bad thing just to get away for a while.”

He cleared it first with Ballintubber manager Kevin Johnson. “Kevin was fully supportive of me. He had no problem. I just missed two league games in the nine weeks I was away so it was the best chance I had to go.”

McBrides weren't kidding about the urgency. After just three hours sleep and some very hasty packing, he was on his way to Dublin Airport. “McBrides has big Mayo connections,” he explains.

“Alan Coyle from Kiltane and Ger Doherty from Kilmaine are the managers out there. Conor Loftus went with me, and there was already a couple of other Mayo lads out there, including our club centre-back, Michael Plunkett, who'd gone over a week earlier.”

O'Connor's only previous visit to America was to play New York in the Connacht Championship.
For a 23-year-old teacher, just graduated from DCU, his passport is unusually under-used but that's normal for elite GAA players. Their lives and holidays are so heavily dictated by their county and club commitments.

These are also halcyon days for his club Ballintubber who have contested six of the last nine Mayo SFC club finals and won four. Chicago not only offered him a temporary respite from the Newbridge fallout but competitive football. 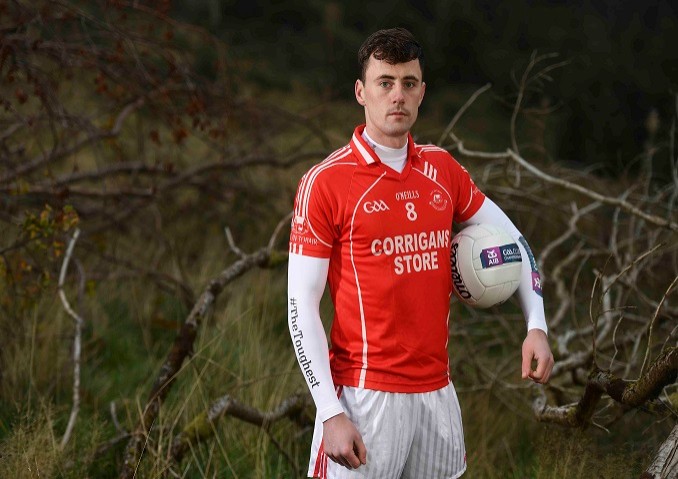 “There's only three senior teams out there who play each other twice in the championship and it was ourselves and Wolfe Tones in the final and we won it. The standard of football was very good so I was able to slot in fairly easily when I came home.”

While he was out there he did a bit of work for one of the team managers and was back home a week before Ballintubber's second championship game. Most important, he felt his time in Chicago refreshed him mentally.

“It was nice to get away from all the talk and feeling sorry for myself about the loss to Kildare. If I'd stayed I think I would have gone into a bit of a hole so it was nice to just wind down, get away from it all and still play.

“Cathal McNally who's from Ballintubber lives over there and he put myself and Conor up. It's a class city, unreal. There's a good Irish community so we were very well looked after but, hopefully, I won't get the chance to do it again for a long time,” he grins.

What's happened ranks right up there with anything Ballintubber have achieved, he reckons. They beat defending three in-a-row champions Castlebar in a titanic semi-final struggle, drawing 1-12 a piece the first day and pipping them by a point in the replay. Both games went to extra-time and it was 'Mitchells who had beaten them in last year's final.’

This year's decider was nearly as thrilling, another one-point victory, this time against Breaffy whom they managed to keep scoreless in the five minutes of injury-time to win their first county title since 2014.

What O'Connor neglects to say was his own particularly heroic contribution. In the replayed semi-final he got in a block on Danny Kirby to stymie Castlebar's final attack that is still doing the rounds on YouTube. They faced Breaffy just a week later and O'Connor kicked the winner, a brilliant point curled in off the left wing.

“Thankfully it went over because on another day it could easily have sailed wide and they could have gone up and got another score out of it,” he says modestly. 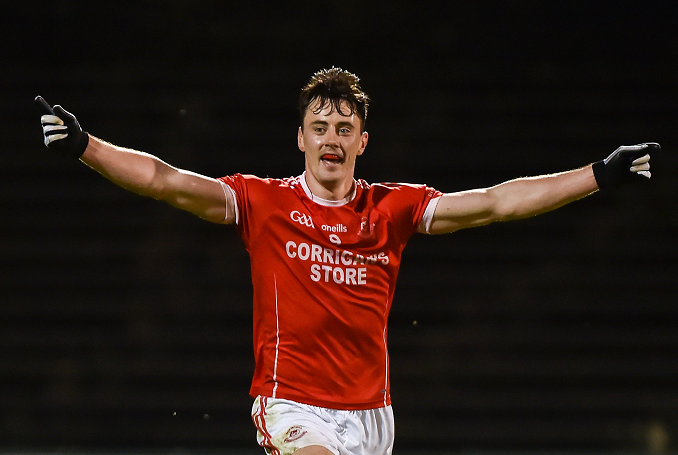 “The last few weeks rank right up there at the top for me, in terms of our club achievements. It's so tight in the top tier in Mayo, there's nothing between the teams and we'd be close neighbours with both Breaffy and Castlebar.

“The battles we had with the two of them this year, the fact that the games were so close and we had a replay - and those extra-times against Castlebar, it made it all very special.

“We had three games in 14 days so it was a bit tiring and you'd feel it on the body but it's been such a team effort this year and that's what got us over the line. Lads will do anything for each other on the pitch.”

Ballintubber feature Mayo veteran Alan Dillon and O'Connor's famous inter-county brother Cillian (26) plus two more of their siblings; Padraic (31) and Ruadhri (29). It's been a particularly hectic time for Diarmuid. Not only has he just started teaching this Autumn – PE and Maths in St Gerald's in Castlebar – but he's also started a part-time Masters in Data Science in UUJ which necessitates him spending every Monday in Belfast.

But brother Ruadhri is clocking up even bigger mileage for the club: he works in production for Sky Sports in London and is travelling home for training and games. In their three previous provincial journeys Ballintubber only reached the Connacht SFC final once. Back in 2014, when they were well beaten by Corofin.

This year's journey begins against Sligo champions Tourlestrane and they may benefit from some insider information. This year's new manager Kevin Johnson, best known for his coaching in Galway, is actually from Sligo and a first cousin of new Yeats county boss Paul Taylor.

“The last few years there's been a lot of talk that this Ballintubber team is ageing and on a downhill slope, but Kevin and his management have given a chance to a lot of younger players this year – the likes of Ciaran Gavin, Jamesie Finnerty, Stephen O'Mally and Noel and Hugh Geraghty – and, in fairness, they're the ones who have drove us on.  They're the ones pushing lads on in training and have given us all a new lease of life.”