In 28 years of supporting the AIB GAA Club Championships, we’ve seen a lot of things. However, even after that length of time this competition is still capable of surprising us.

A Longford team has never appeared in a provincial final, but last weekend Mullinalaghta moved one step closer with a win against Rhode in their Leinster Senior Football Quarter-Final, while St. Joseph’s Miltown Malbay of Clare have reached a Munster decider for the very first time.

The Banner side achieved their dream over the weekend with a surprise win over The Nire in Dungarvan, with Cormac Murphy and Sean Malone getting the goals for the West Clare side. It will be a second Munster Final this year for Miltown Malbay’s Conor Cleary who featured for The Banner hurlers in their defeat to Cork during the summer. The defender’s first love might be the small-ball game but he and his twin brother, Eoin, who features for the Clare footballers, are a driving force of the St Joseph’s side who will play 7-time winners Dr Crokes in the final on November 25th.

Given what they’ve achieved in the competition over the years, it’s hard to write something new about Dr Crokes, but on Sunday they created another milestone. Their score line of 5-20 against St Finbarr’s of Cork in Killarney was their biggest ever in the AIB Munster Club Championship.

Back to Leinster, and Mullinalaghta are one step closer to a first final having beaten Rhode by two points in Tullamore. Brian Darby was sent off for the Offaly men in the first half and despite rallying, they couldn’t find a way to win - Jayson Matthews’ goal proving the difference in the end.

Eire Óg ended a baron decade for Carlow sides with a first win in ten years against Louth’s Newton Blues in Drogheda. The Barrowsiders are trying to replicate past glories in Leinster, winning 5 titles in the 90s. The links to that great generation are strong in this team with Simon Rea, who was part of the 1998 squad, still going - and his ex-teammate Joe Murphy in charge. Murphy captained the club to their last provincial title beating Kilmacud Crokes after two replays!

The Kilmacud Crokes joint management team of Johnny Magee and Robbie Brennan both played for Crokes in that final defeat to Eire Óg in ‘98 and yesterday they moved one step away from a potential revenge mission. The Dublin Champions breezed past Dunboyne 2-17 to 0-7 in Navan with Paul Mannion notching up 2-6. Injuries don’t seem to deter Mannion who scored 1-6 in the county final despite a damaged hamstring, while yesterday he received some treatment early in the match after taking a heavy knock to the ankle. 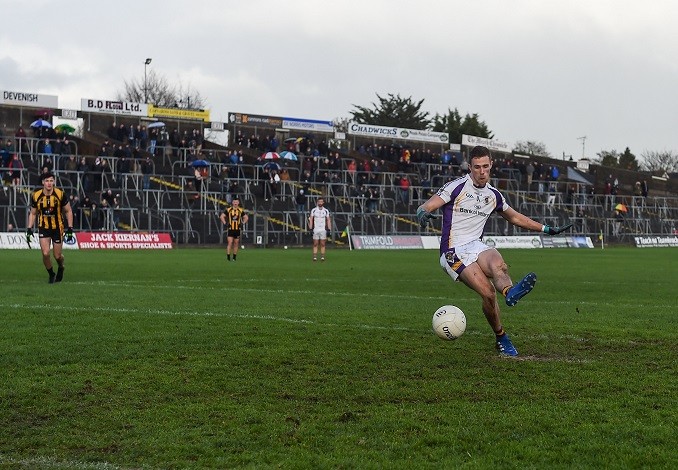 It’s Portlaoise in the semi-final at Parnell Park on November 24th for Crokes after the Laois side’s 1-14 to 1-11 win over last year’s winners Moorefield. Craig Rogers celebrated the birth of his daughter Avril in the best way possible, by scoring 1-2 for the seven-time winners. Portlaoise have performed consistently well in this competition over the years but they haven’t won it since 2009.

These are exciting times for Portlaoise as they’re going for a double in Leinster. Their intermediate hurlers face Ballinamere in the Leinster Semi-Final this Saturday. The other semi-final is also a Laois connection, as the O’Moore county’s incoming manager Eddie Brennan and his Graigue-Ballycallan side take on St Mouge’s Fethard. St Mogue’s are enjoying life at the moment. Having won County and Provincial titles last year, they added the Intermediate county title this year.

That means they have returned to Senior status following a near 20-year gap. They came within seconds of winning an All-Ireland Junior title last season but David Gartland’s wonder score for Ardmore brought the game into extra time where the Waterford side proved too hot to handle. Fethard may not have won that day, but their work ethic and spirit was there for all to see - a work ethic and spirit which has served them well again this season.

In the Senior ranks, Ballyboden St Enda’s meet Coolderry in Parnell Park and Ballyhale Shamrocks face Naomh Eanna next Sunday. Ballyboden needed extra time to see off Clonkill last Tuesday on an emotional night. The Westmeath side played with honour and distinction just days after tragedy befell their club. This match was a timely reminder that sport is the most important and at the same time, the least important thing in our communities.

Ballyboden manager Joe Fortune has no doubts about his young custodian, “He’s great young lad, he’s a very talented player and he will play in goal regularly in the future when Gary calls it a day”.

From what we saw last Tuesday, Fortune has a point with O’Donoghue playing very well against Clonkill.

When one looks at the South Dublin side’s teamsheet, eyes may be drawn to the experienced campaigners such as Conal Keaney, Paul Ryan and Simon Lambert. While they have performed well in recent weeks, Fortune has credited the young players for driving things on including pacey forward Aidan Mellet and dogged defender Luke Corcoran.

Discipline will be important for Ballyboden as Coolderry keeper Stephen Corcoran showed against Mount Leinster Rangers. Not only is he a good shot stopper but he is also capable of scoring long range frees. Corcoran scored 5 from dead balls and saved a penalty in that match. Henry Shefflin’s Ballyhale have the best in the business when it comes to frees. Fresh from his trip to Australia with Kilkenny, TJ Reid will be tanned and ready for his sides clash with Wexford’s Naomh Eanna in Innovate Wexford Park on Sunday. 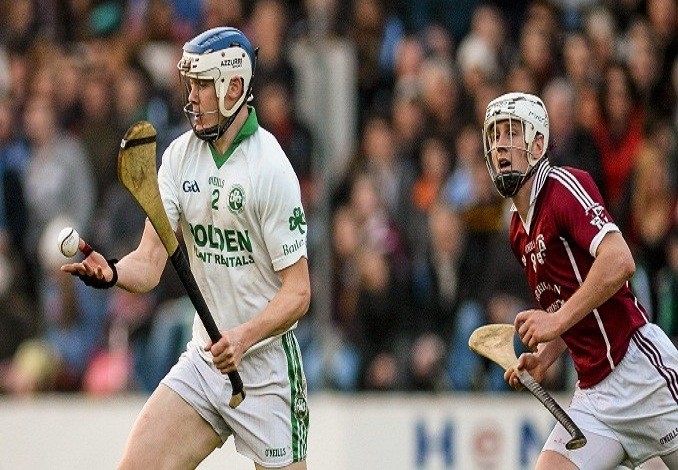 Another Wexford side will be going for glory next Sunday when St Martin’s take on holders Thomastown in the AIB Leinster Senior Club Camogie Final in Nowlan Park. Martin’s have won two county titles in a row and have built a fine young team around the likes of experienced goalkeeper Mags D’Arcy and full back Noeleen Lambert. Both won All-Ireland titles under their current club manager JJ Doyle with Wexford. Doyle along with D’Arcy remain part of Davy Fitzgerald’s backroom team.

Inniscarra collected the Munster title in Cashel last Sunday with a 2-9 to 0-7 s win over Clare’s Inagh Kilnamona, whose wait for a first provincial title is extended by at least a year. Rena Buckley was once again a solid presence at centre back for the Cork side who bridged a gap of 8 years since their last Munster win.

“It’s great to be back to this pinnacle - it’s been a long few years for Cushendall” said the Ruairí Óg captain Paddy Burke to BBC Sport NI following their 1-15 to 1-10 win over Down side Ballycran in the Ulster Senior Hurling Club Final. Their 11th provincial title is their second in four years. Monaghan’s Castleblaney needed an injury time free from Fergal Rafter to beat Robert Emmets Cushendun of Antrim in the Junior Final. Meanwhile, in the Intermediate Final, Naomh Gall beat Céide Lámh Dhearg 2-12 to 0-11.

If you’re looking ahead to next weekend’s fixtures and see the name of Mount Sion in the Munster Junior Football section, don’t worry - you aren’t seeing things and no mistake has been made. The famous Waterford city club have won county senior titles in the past, but you have to go all the way back to 1961 for their last one. Their commitment to hurling makes it difficult to feature at a higher grade in football but talk to anyone involved and they’ll tell you they are a dual club. 1959 was a memorable year for the Deise as it was the last time they won the All-Ireland Senior Hurling title. In that same year many of the legends of that team like Frankie Walsh and Phil Grimes helped Mount Sion to a Senior Football crown. Last Saturday’s county final win over Shamrocks sealed a second junior title since 2013.  We all know Austin Gleeson is a wizard with a hurley in hand but if you head along to Mallow this Saturday, you can see if his skills translate to football when they take on Cork champions Dromtariffe.

Mount Sion’s rivals on the hurling pitch, Ballygunner, have their eyes on a first AIB Munster Senior Hurling Club title since 2001 this Sunday in Thurles. Since that victory they have lost four finals. They face the team that beat them in last year’s final, Na Piarsaigh. The Limerick side have dominated the province in recent seasons with all of their four titles coming in the last seven years. These two have had differing journeys to this year’s final with Na Piarsaigh easily accounting for Clonoulty-Rossmore of Tipperary while Ballygunner had a slender quarter-final win over Midleton before an epic semi-final that required two periods of extra time against Ballyea. It’s a third Munster Final meeting in four years between these two and it’s hard to call.

Sunday lunch is worth skipping this weekend with a double header of AIB Ulster Senior Football Semi-Finals in Omagh. At 1:30pm Scotstown of Monaghan take on Derry’s Eoghan Rua while at 3:30pm it’s 11-time winners Crossmaglen against Donegal’s Gaoth Dobhair.

Those games in Ulster should be much tighter than the semi-finals in Connacht last weekend. Ballintubber secured a 3-11 to 1-8 win over Leitrim’s Aughawillan in Carrick -on-Shannon while All-Ireland champions Corofin were 28-point winners against Clann na nGael with a 4-22 to 0-7 scoreline. Ballintubber will face Corofin in the Connacht final on Sunday, November 25th. 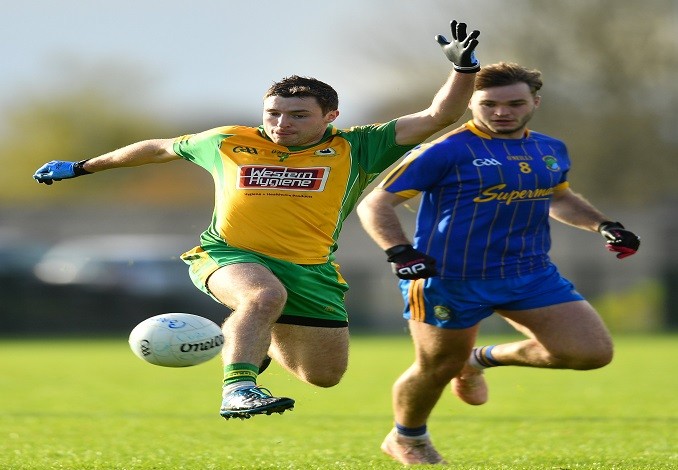