Managing the gap with Brian Whelahan

Before the star names shone together during Offaly’s golden period, those same men were pushing each other to the limit at club level.

Brian Whelahan, more than anyone, came to typify the spirit that saw the Faithful County win a couple of All-Ireland titles in 1994 and 1998. He was man of the match on both occasions, as he also was in three of the four AIB All-Ireland club finals he won with Birr.

You have to go back a few years to 1991 to when the success really began, and the county final against Seir Kieran and the Dooley brothers. Birr hadn’t lifted the title for two decades, and Whelehan was one of those who had spurned chances to put his side in front late on.

At just 20 years of age, the incoming star of ‘90s hurling was hoping to captain his club to glory but, as he recalls, they were determined to do it the hard way.

“That first county final automatically comes to mind when I think of my best days playing,” says the former Offaly manager. “You grow up going to county finals and dreaming of marching out behind the band.

“That final in 1991 was special because we’d lost a final the year before (to St Rynagh’s) and a semi-final before that, and we didn’t even hurl well this day. We had fluffed a number of chances to go a point up late on, I remember missing one, and we had a few ‘65s and frees go wide.

“Then our goalkeeper, Paddy Kirwan, who had won an All-Ireland with Offaly in 1981 decided he had seen enough. He was our most experienced player and when we got a ‘65, he came up to take it. I’ll never forget it, he pulled out this clean sliotar and their lads were jostling him as he jogged up to take it. Even some of our lads were telling him to go back, but his mind was made up — enough chances had been squandered.

“So here he was, with lads from both sides telling him not to take it, and he strikes it over the bar for the winner. That ball so important in terms of winning the game, but also in what followed afterwards because it got us on the road as a team.”

It kickstarted a golden run for the Offaly club. They may have lost the 1992 AIB All-Ireland club final to Kiltormer of Galway but they would go on to beat Dunloy after a replay in the 1995 decider, and then Sarsfields in 1998. Later down the line, they would go back-to-back in 2002 and 2003 with wins over Clarinbridge and Dunloy (again).

“Of the four club All-Irelands we won, the one against Joe Cooney’s Sarsfields stands out because they had been back-to-back champions themselves and were looking for a three-in-a-row. They were backed up by the Cooneys and the McGraths; we won by seven, but it would have been a lot closer if they were more clinical. It was a very big one for us.”

Whelahan never allowed himself to dwell too long on his successes while he was playing, learning from his father Pad Joe, who was their long-time manager, to “always be looking forward” and that “it’s nice to look back now when you’re not involved as a player”. 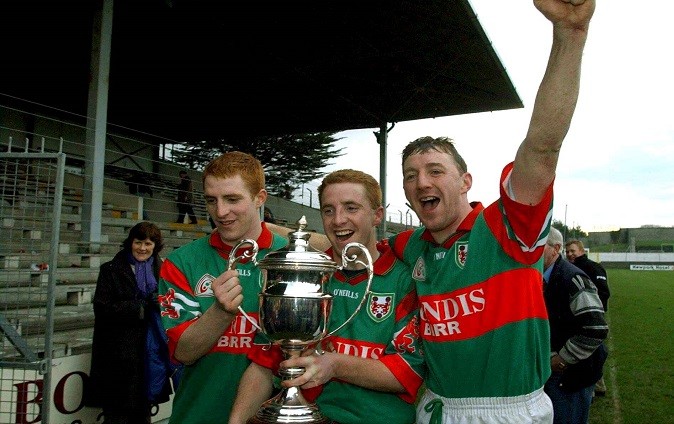 His father wasn’t the only family member involved in those famous wins. Brothers Simon and Barry also played their part on the field, and Whelahan recalls a yarn from the good old days.

“Simon used to play centre-forward or full-forward and I remember one day in training we were going full board on each other, gung ho. After about 25 minutes, I went up to catch a ball and he broke a hurley over my head. I remember being stunned, though I was probably just concussed — luckily, I always wore a helmet. He trotted over the sideline and came back in with a fresh hurley. Anyway, I waited for my chance and let him out in front of me then to get the next ball, and I creased him! That was the way it was.”

Whelahan has negotiated the winter break between the Leinster final and All-Ireland as a player on many occasions, and feels his father dealt very well with the extended spell on the sidelines. The manager allowed the players to enjoy Christmas, but it was back to the grindstone from December 26 onwards. They knew they were in for five or six weeks’ worth of hard training before the AIB All-Ireland club semi-final, but they were always allowed one more good night to let off some steam.

“Lads will be mature about it if they are not being totally dictated to, and they’ll respond. We used to really look forward to having that blowout, and it was something we started to plan for. Because of one of the big things is that you want a release, and then back in training on the Tuesdays lads will be laughing over ‘do you remember what such and such did?’ You need that to keep it fresh and enjoyable.”

In late 2002, Birr had beaten Young Ireland’s of Gowran in the Leinster final, a team replete with star names such as DJ Carey and Charlie Carter. “We had lined up a few games for after Christmas, and one of them was against Kilkenny in Johnstown,” says Whelahan. “They arrived with absolutely everyone, including DJ who would normally never been seen in January. My brother Barry was midfield with Johnny Pilkington, and Johnny told Barry he could do the chasing around after Andy Comerford that day. So, Barry said okay.

“After ten minutes, the other little midfielder had scored two points off Johnny, but none of us knew who he was at the time. He ended up scoring four or five, and Kilkenny ended up winning by two, and I was angry”.

“But who was the midfielder for Kilkenny, only the great Tommy Walsh who was looking to make a name for himself and impress Brian Cody. So, there was Johnny looking for the lesser of two evils, and all he got was Tommy Walsh!”

That great Birr side would take the scalp of the Cats on another occasion, not to mention beat Tipperary in Thurles when the Premier were reigning All-Ireland champions from the 2001 season.

Whelahan and Co last lifted the Offaly crown in 2008, and it’s been a painful run in the intervening period. They’ve lost three finals since and fallen a long way from the dominant years of the past. “I don’t think the players realised how long a road it is to get to the top and see it when things are slipping. In my opinion, we shouldn’t have gone away as quickly as we did. The club championship is fantastic and a great opportunity for players to represent their parish. Just look at Mullinalaghta and what it meant for both their parish and all of Longford. We’re a hurling town but everyone was over the moon for them because we know how hard it is to get there.” 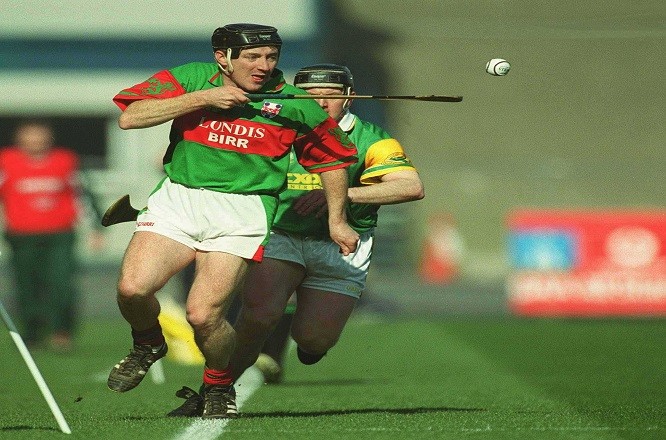 His brother Barry has just taken over the mantle of the senior team, and he would like to see Birr build a strong core, and see confidence and belief grow from there. As he says of his own time on the field: “It was always my ambition to win and to prolong playing for as long as you could. You get a chance to wear the shirt and it’s about how you represent that shirt, and the days go by quickly. I gave my best and then you pass on the shirt and hope the next fella does the same.”