Mullinalaghta: The Little Club Who Could

If you want to understand just how tiny Mullinalaghta GAA club is, take a quick look at the front of their jerseys. Their maroon shirt just carries the club's official name 'St Columba's' on its white hoop - nothing else.

“We don't even have a sponsor,” explains their 25-year-old county star James McGivney.
“We had one a few years ago but not at the moment. Everyone in the parish just puts their hands in their pocket to fund us. There's a few families that give money towards the jerseys, but no one wants their name on it.”

That, above all else, epitomises Mullinalaghta, 'the little club who could', who have made football history already just by qualifying for the AIB Leinster football SFC final. They're the first Longford club to do it and their tiny size – half of their parish of roughly 400 people stretches across the border into Cavan – and history makes that achievement all the more remarkable.

“Every single family in the parish is involved in the club” says McGivney, who reckons their reported membership size of 155 has been greatly exaggerated. “I reckon we only have about 65 members, if even that!”

“We've one pitch and a small training pitch, changing rooms, a kitchen and there's a bit of a gym up in the roof. The village has a church, one pub and a community centre. The primary school only has about 40 students.

“We just have a senior and a junior team and one ladies' team. We have to amalgamate with Abbeylara up to minor level when we play as 'Northern Gaels',” he explains.

That amalgamation got them to three local Feile finals and won two U16’s and several minors, two which are another twist in their fairy-tale run. 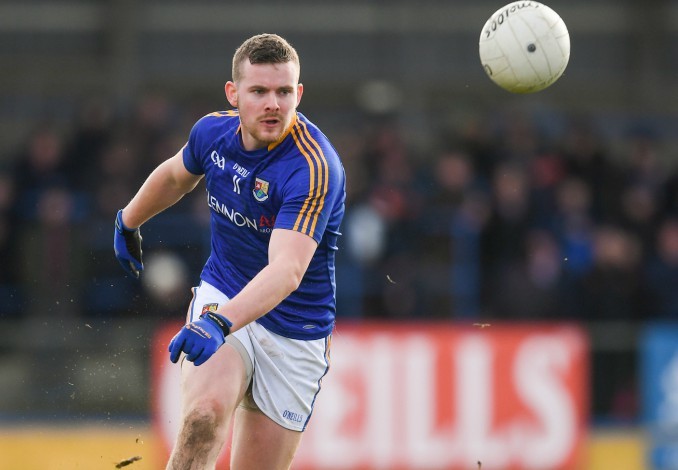 Mullinalaghta only won their first Longford senior title three years ago, their first in 66 years. They've since done the three in-a-row and the club they beat in each of those finals, who took them to a replay this year, is Abbeylara, meaning close friends have repeatedly been pitted against each other in those north Longford derby deciders.

McGivney's family are steeped in two things; football and farming. He works on their beef (suckler) farm and his younger brother David (21), also a club and county star, is headed the same way, currently doing a Masters in agricultural science in Dundalk IT.

“From a young age I was always out doing bits and pieces around the farm. I went to DIT for two years and then I went to Australia, but I like farming, it's busy. Training-wise it's grand because we (the club) train in Breffni (Park, Cavan) which is only 20 minutes from our house.”

Given Mullinalaghta's size, the phrase 'club is family' was never truer. Dan McElligott is one of their heroes, a Ballymacelligott native who went to Monaghan before settling in Longford and has never lost his Kerry accent or passion for football.

The current generation credit Dan for perfecting their technique as schoolkids, and he has five sons on the panel; Aidan and county captain Donal in the starters and Rory, Conor and Cian in the cavalry. The Rogers provide two sons – goalkeeper Patrick and half-forward Gary, and there's two Fox’s, full-back Patrick and Brendan at top of the left.

There's also a brace of Mulligans, Frances and Shane, both in the half-back line, whose cousin Kevin would probably be involved if he wasn't currently in America.
And there'd be two Matthews too if corner-forward Jason's brother JJ wasn't also in America at present. Glenn Ryan gave James his senior inter-county debut when he was still a minor and he remembers it vividly.

“Against Tyrone in an All-Ireland qualifier. I was brought on to mark to mark Ryan McMenamin and sure you'd have grown up watching him dog all these great corner-forwards! I made sure to get his jersey after and still have it at home.” 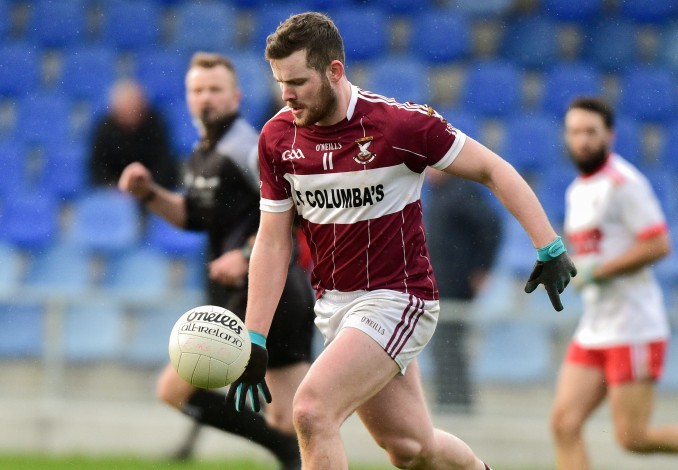 The 'David v Goliath' narrative surrounding their Leinster final against so-called Dublin super-club Kilmacud Crokes is not exactly accurate given how Mullinalaghta's players have been part of some very successful underage teams for Longford.

“Shane, our captain, was on a minor team that beat Dublin and won Leinster. I won a Leinster minor in 2010 and we got to two Leinster U21 finals in 2011 and 2013. He was, significantly, part of that Longford team in 2013 that knocked out a star-studded Dublin U21 side featuring players like Jack McCaffrey, Ciaran Kilkenny and Kilmacud's Paul Mannion.

“We've a right few lads there who have represented the county at different levels so there is some pedigree there,” McGivney says.Manager Mickey Graham, also the new Cavan manager, is the man credited with turning the club's fortunes around.

“He makes training very enjoyable. When you enjoy it so much you're not thinking about it or going through the motions. We do something different every night and I think that's really helped us to make the breakthrough.

“And we've been blessed that we haven't had injuries this last three years,” McGivney observes. “With a small squad like ours, where the most you'd have for training is 26,  you can't afford any injuries.”

As a talented minor there was a point that McGivney was probably playing too much football and when he went to Australia for 10 months he didn't play over there, taking a full break from the game.

“I came back for a county quarter-final four or five years ago when we were beaten by a last-minute goal, but since then we've been flying.”

He looks embarrassed when you mention his crude tackle on Stephen Cluxton this summer which resulted in a straight red card in Croke Park, mumbling “It's always something I'll regret.”

But club has provided redemption since, in spectacular fashion.

“If you told me three years ago that I'd have won one county medal I'd have took your hand off, not to mention winning three. Now making the Leinster final is just unbelievable!

“Three years ago, our first time in Leinster, we put it up to 'Vincent's until the last 15-20 minutes when they brought on fresh legs and just sort of pulled away for us.”

“St Lomans (Mullingar) beat us the second year. We were up by five points with around five minutes to go but they got a run on us and it's always very hard to stop a team with momentum.

“Since then we've been building and gaining experience with every game. We just hope that the small things don't let us down because the bigger the game it's often the simplest mistakes that can cost you dearly. We just want to be in the game with 10 minutes to go because then, anything can happen.”