To the general punter, the Dublin manager is the man with the answers — always responding but rarely saying more than he needs to.

In some ways, it suggests someone who wants to keep his distance, and perhaps this extends to his panel. After all, to steer an inter-county ship where so many talented stars are pushing for places, getting close to players may complicate matters.

Yet a story from Nolan which dates back a decade, to the 2009 Under-21 Leinster Football Final against Laois, shows a more nurturing side to Gavin.

The defender had been away winning an AIB All-Ireland Club Football title with Kilmacud Crokes, and came back in late to the panel.

“I remember I was with Jim in his first year with the Dublin Under-21s,” says Nolan. “We got beaten that year by Cork in the All-Ireland semi-final in Thurles. I was back late with the squad because of the club and he was putting me in midfield against Laois.

“He rang me up before they had to give the teams into the GAA for the programmes, and asked me if I wanted to be number eight or 26. If I was number eight, Laois would know I was back in the team, but he was asking me because he knew how people value getting a jersey that’s one of the first 15.

“If I wore 26, Laois might not know I was starting and then you might have an edge. I felt that the crest on the front was more important than the number on the back, so I told him that. But that’s the level he goes to, and how he thinks about things

“People might think I would hold a grudge after being dropped by Jim but not at all,” says Nolan, who was left out after the 2015 league. “I invited him to my wedding after. He’s reserved to the media but he’d chat away.

Nolan’s been through the pre-All-Ireland final routine before — those three weeks between the semi-final battle and the war to come when the Sam Maguire Cup is on the line. There is no written rule on preparing oneself for such a huge sporting occasion, but the 30-year-old had his methods.

“The first week you recover because you have played a hard match in the semi-final, while the lads who didn’t play would catch up on the work they missed out on,” the 2011 All Star explains.

“The middle week then, you’d go as hard as you can and play matches in training. Jim would often say you could get injured crossing the street so you might as well. It had to be at match pace, and it was next man up if there was an injury. The last week then was very much tapering things down, setting out tactics and talking about match-ups.

“I remember the build-up to the 2011 final against Kerry because it was on the third Sunday in September and I was back teaching in school,” he explains. “The kids were all asking about it and there were a few teachers there from Kerry, and people want to ask about it. So you have to be polite, but a bit passive. Try to say something without saying anything, but not to be rude about it. A bit like Jim with the media. 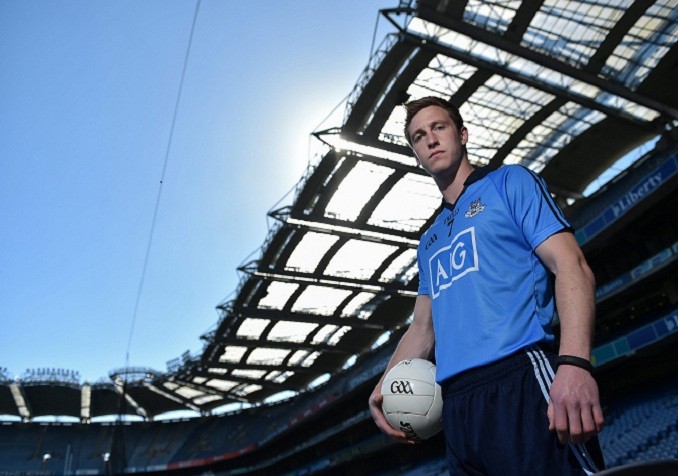 “Then you have to keep the team quiet because people often ask if there will be any changes from what was announced, be that family or even ex-players. There was an incident once when Pat was manager that someone told a person close to them, and then the team got out.

“So all the players bought into it and you trust that no one will say anything and just tell people that the team named is what will start. I think people are used to it now, and know the situation.

“Then it’s about finding healthy distractions so you don’t spend all your time thinking about the final. I would have gone to the cinema, and one time I went to see a Tommy Tiernan gig, and I didn’t think about football once while I was there. You just want to be able to calm down and relax.”

It paid dividends in the final eight years ago when a young Nolan won man of the match in Dublin’s come-from-behind, famine-ending victory against the Kingdom at Croke Park. In terms of atmosphere, it would be hard to top the waves of emotion rolling down from the stands and onto the field that day.

Kerry had the game all but won until Kevin McManamon breathed life into the Dubs with a cracking goal, and then wing-back Nolan levelled the game at 1-10 apiece with five minutes to go — a beauty from 35 yards.

It was all “chalk and cheese” from what he had experienced three years earlier in the Leinster final against Wexford, a day when the team won but where the defender was whipped off after just 22 minutes. An early yellow card for tripping his marker Redmond Barry, followed by a foul soon after, meant Pillar had to make a switch.

“2011 was an amazing win,” says Nolan. “Pat wanted us to play the match and not the occasion but walking around during the parade, you had to take in the atmosphere — people are there for you so you want to enjoy it and to perform. We had done all those 6:30am sessions to get to this point. 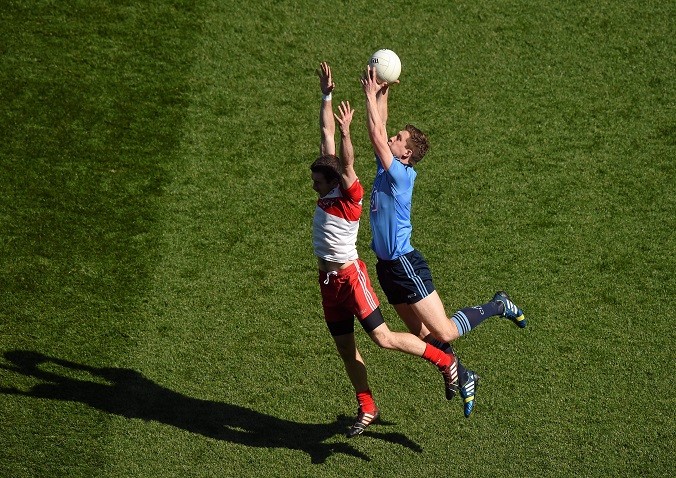 “When Kevin got the goal, the place was on cloud nine but we were still a point behind. The support and roar helps drive you on and you can see it now in how Dublin get a run on you in games, even with Mayo recently. It couldn’t be more different to a year before in 2010 when we played Tipperary in a qualifier at Croke Park and Barry Grogan got a goal, and you could almost make out what individual supporters were saying to us.

“It was pandemonium in 2011 but you can’t lose your focus. It was a great feeling when my shot went over to level the game, but all I thought was about getting back out to my position for the next ball. People forget that Bernard Brogan put us ahead and then Kieran Donaghy hit a monster score from the Cusack side to level it, before Stephen Cluxton kicked the winner. When he did, I was at the far side so I didn’t have a great angle, but the reaction of the Hill and the supporters told me it was over.

“The final whistle was like everything had been released, that the hard work and sacrifice was worth it. I’ve some great memories and photos from that time — and I didn’t make the team photo on the field because I was off finding family and celebrating with them. Any time I hear ‘I Gotta Feeling’ by the Black Eyed Peas, I think of that day because it was being played in the stadium.”

That was the only time that Nolan played against Kerry in the championship, having missed the heavy defeat in 2009 due to hip surgery, and being on the bench for the classic semi-final in 2013. He built up the hunger and an edge by hearing about the 2009 humiliation from some of the more experienced members of the panel, and carried it into 2011.

In 2019, Dublin are the top dogs and it’s now a full decade since the Kingdom beat the capital in championship. “I think Kerry have some exceptional players and have great attacking characteristics, but the sweeper didn’t work against Tyrone,” says Nolan, who now plays for Cremartin in Monaghan.

“They’re so used to attacking and I think they will have to go back to their usual style against Dublin. Paul Murphy is an exceptional player but he got lost in no man’s land so they need to use him in a position that gets more from him. I think they will be competitive but I think the Dubs will have enough to win it.”