Sean Moran: It's been hard to watch

Sean Moran kept half an eye on the club championship after Cuala were knocked out.

As the centre-back admits, his side were “beaten by a better side on the day” in the Dublin SHC semi-final by Kilmacud Crokes.

At the second attempt, Ballyboden St Enda’s would then go on to win the county final, and qualify for the AIB Leinster final against Ballyhale Shamrocks, with the Kilkenny side coming out on top. That now leaves Shamrocks, St Thomas’ of Galway, Waterford’s Ballygunner, and Cushendall of Antrim in the mix for the Tommy Moore Cup on St Patrick’s Day.

Moran has been a major factor on the biggest club stage of all for the past two seasons, excelling in the number six shirt against Ballyea in March 2017, before playing an even more prominent role in the 2018 edition.

His last-second goal from a 21-yard free gave Cuala a reprieve against Na Piarsaigh, who they then beat in a pulsating replay at O’Moore Park in Portlaoise. But as 2018 hands over to 2019, Moran will instead be preparing for a new season with Dublin, as the club season rolls on without him.

“It’s been hard to watch,” Moran tells AIB GAA. “I’ve kept one eye on the club championship but then you always have that lingering feeling that ‘it could have been us’. Then again, I had some friends still playing in it so you want to support them. Like, I’m a hurling fan so I would be interested in it anyway, so you would keep an eye on it, but it can be tough to watch.”

No doubt, that’s partly down to Cuala missing out on the chance to become the first club side ever to win three All-Ireland titles in a row. Mattie Kenny led the team for the past five seasons — collecting nine trophies — but has since taken over as manager of the Dubs.

Moran was in an out of the club fray at the beginning of Kenny’s tenure as he spent time studying in California, but he did play his part in each title win. It would be hard to pick out a favourite so far, but the defender makes an attempt.

“It would have to be the two All-Irelands,” he says. “The first one, we were so caught up in the experience so I’m not sure we took it in as much. Whereas the second one, down in Portlaoise under lights, the whole club came pouring onto the pitch when the final whistle went — I had my family there and you felt very proud. It was a reward for all the effort, so those would be the obvious ones.” 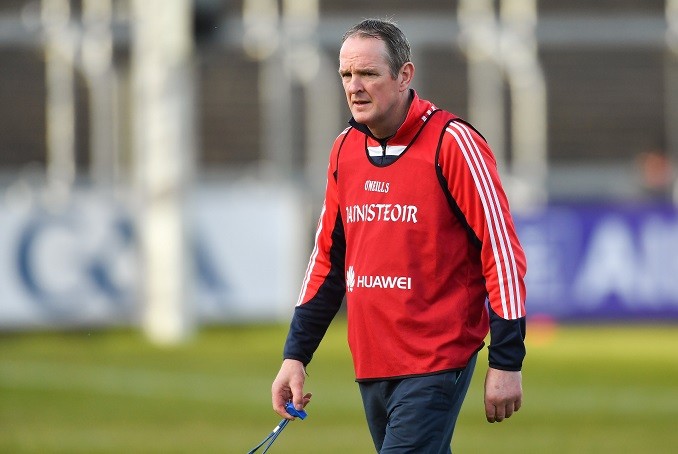 Without club, there would be no county progress for players such as Moran. His road onto the elite stage has been a staggered one. After starring for Cuala during the 2012 season, and being picked on the team of the championship, he was called up by Anthony Daly. He then went abroad for some time, and was eventually called back in by Ger Cunningham, who used the 25-year-old at midfield in the 2017 championship. Last year, Pat Gilroy deployed Moran in roles he’s more commonly seen in with Cuala: centre-back and sweeper.

“The club is the foundation of everything you do,” says Moran. “That’s where the building blocks are put in place to get county success. I didn’t play minor with Dublin and I wasn’t one of these players who was an established name from underage hurling. The club has been a huge springboard for me in terms of getting in with Dublin, and we have a great culture in Cuala.

“Having Mattie in with Dublin is great,” he adds. “There is a lot of expectation with him and I know a lot of the lads who haven’t played for him at club level are looking forward to it. He will give lads plenty of opportunities, and so far there’s a great buzz.”

At the start of the season, Moran got married to his long-time girlfriend Carla , kicking off what has been a rollercoaster year. From winning the All-Ireland final in March (where he was man of the match), to collecting the AIB club player of the year award, and then jumping back in with Dublin where they had a strong season under Gilroy, to then having a disappointing year with Cuala — it’s been a hectic time.

“Yeah it started great but it was disappointing to see our run of success end with the loss to Crokes. We didn’t achieve our goal for the season, just came up short, and we knew it would end at some stage but it was tough.” 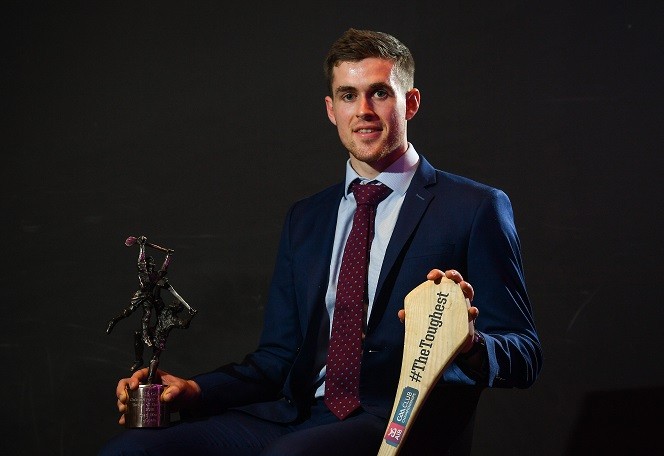 As for juggling married life with the commitments of playing at the top level, Moran has a chuckle before answering. “Good question! How can I answer this?! Do things change when you get married? They do and they don’t. Hurling stays pretty much the same, and I’m probably getting nicer meals made for me, but I wouldn’t be able to stay playing without Carla’s support.

“It was the same when I was at home, you need the support of your family. When you get married then, you’re managing your time and life for two rather than just one. Hurling can’t always be everything so you have to plan things a bit more.

“We try to get over to Scotland (where Carla is from) when we can, and this will be the first time that we’ll spend Christmas over there, which will be nice. When we got knocked out with Cuala, we went over there for a week. It’s all about finding a balance.”

Dublin will take priority for Moran for the next while but he’s also determined to help the Dalkey side have a strong season in 2019, and is looking forward to working under new club boss Willie Maher.

“My big focus is on Dublin for now and that will switch to Cuala when the time comes. You want to win everything you play in, every match you contest. I have only met Willie once and he seems like a really impressive man with a good track record — I read up about him on Wikipedia. I’m looking forward to the challenge.”