In Carlow, their neighbour’s shadow has loomed large over the Barrowsiders since 1953. That was the last time Carlow had conquered the Lilywhites in Championship football. That long wait finally ended on a remarkable day in May when they beat Kildare 2-14 to 1-10.

Carlow, who showed signs of life with some good performances in 2017, had already enjoyed a good season securing promotion to Division 3 and followed it up with a convincing 2-17 to 10 points victory against Louth to set up a Leinster quarter final against Kildare. Even though Kildare had endured a poor league campaign they were still favourites to overcome a Carlow side that had made progress. but were still some way off the pace.

Conor “Horse” Lawlor’s late goal for Carlow was not only a great moment on the field but created one of the viral commentary moments of the season, thanks to the KCLR team of Brendan Hennessy and ex Carlow footballer Willie Quinlan. “Look who’s coming forward. It’s Horse Lawlor he can wrap it up here. Horse goes for the shot, IT’S A GOAL AND CARLOW HAVE BLOWN KILDARE AWAY, THEY’VE BLOWN THEM AWAY. The Kildare crowd are leaving they thought they were playing no one today!”  screamed Hennessy.

Such was the dramatic nature of the commentary and reaction to it one might be confused in thinking that it was the winning goal but it came four minutes into injury time when Carlow were already four points up. After such a long wait the Carlow fans probably felt they deserved a magic moment like it. Very few things in life create that feeling of unbridled joy of scoring a late goal against your neighbours to seal a long-awaited win following many years of hurt.

It wasn’t just about beating Kildare. The celebration of the victory was something more than just beating the neighbours. It was a victory that marked Carlow’s return as a serious footballing force. For too long potential had been squandered, for too long they sat quietly beside the Barrow and watched as those around them enjoyed glory days. That day and this season was to be Carlow’s turn.

When Willie Quinlan screamed “yeeeeeyyyyy” in the background as Brendan Hennessey commentated on Conor Lawlor’s goal it wasn’t just a shout from a pleased commentator. It was a cry from deep inside the soul of a Carlow great who was finally witnessing his county fulfilling their potential after decades of underachievement. Quinlan’s cry was replicated across Carlow in what felt like a verbal version of a downpour after a drought.

That was the peak of Carlow’s season as they lost the Leinster semi-final by 4 points to neighbours Laois and also lost the subsequent qualifier to Tyrone. They can reflect on 2018 as a seminal year. Much to Kildare’s credit, they didn’t let that defeat define them, enjoying qualifier wins over Longford, Mayo and Fermanagh.  While they had some good performances in the Super 8’s they failed to collect a victory, however, they will still look to 2019 in hope. 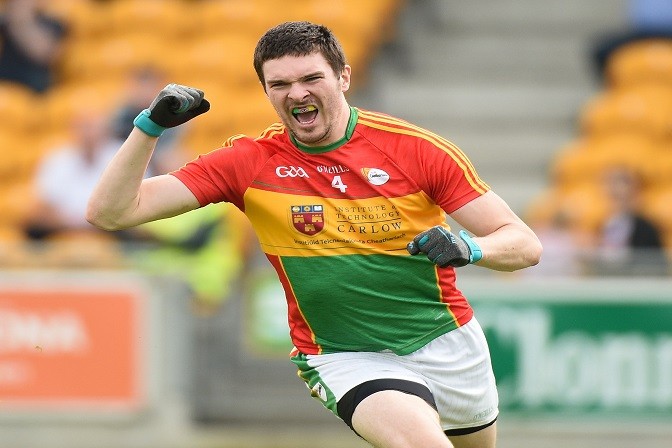 New York’s Championship games in recent years are a real throw back for GAA Fans. Long before television coverage became common place Michael O’Hehir and later Mícheál Ó Muircheartaigh would have fans transfixed by the radio painting pictures of how a great Championship battle was playing out.

Championship games broadcast from the Big Apple bring back memories of black and white days of sitting by the radio, clinging onto every word of the commentator. The modern era version of this has the extra layer of twitter commentary which allows a conversation about not just the game but the brilliance of the Shannonside FM commentary and Willie Hegarty.  Last year the audience gasped as Roscommon just about got over their American opponents, while this year it was Leitrim who were forced into late dramatics.

“If Jamie Clarke is up around Time Square tonight you’d fancy Paddy Maguire to be on his shoulder,” observed Hegarty of the man-marking job on forward Jamie Clarke. “Hang in their Seamus don’t head for the airport yet,” remarked Hegarty to his co-commentator Seamus Gallagher as the game headed towards extra time.

As mentioned, a commentator’s job is to paint a picture with words but outside of Pat Fox and Joe Rabbitte rarely do these pictures involve animals. However, Hegarty’s line going into the ad break between normal time and extra time is surely the commentary moment of the summer. “Up behind me here in the hill there’s two dogs having their own game. I’m not sure do they know the score line, well dogs if ye don’t know the score line, they’re playing a game with tennis ball, it’s 1-12 for New York it’s 15 points for Leitrim.”

The quirk of that night was the support of New York from neutrals against Leitrim side who aren’t exactly all conquering. Outside of Emlyn Mulligan all the big names were on the American side including Vinny Cadden, Jamie Clarke, Neil Collins, Donnie Ward and Tom Cuniffe. No matter what way you frame it though this was not David versus Goliath. This was David versus David.

“If New York are ever going to win a Championship game it’s now” observed Hegarty after Jamie Clarke’s wonder score from the corner of the pitch put them 2 points up just before half time in extra time.

“It’s the biggest ten minutes of Leitrim’s history” shouted Hegarty as the second period of extra time commenced.  Leitrim stepped up and got through that ten minutes and secured a Connacht semi-final against Roscommon. That was followed by just a third ever qualifier win for Leitrim beating Louth easily in Carrick on Shannon before their Championship run was ended by Monaghan. 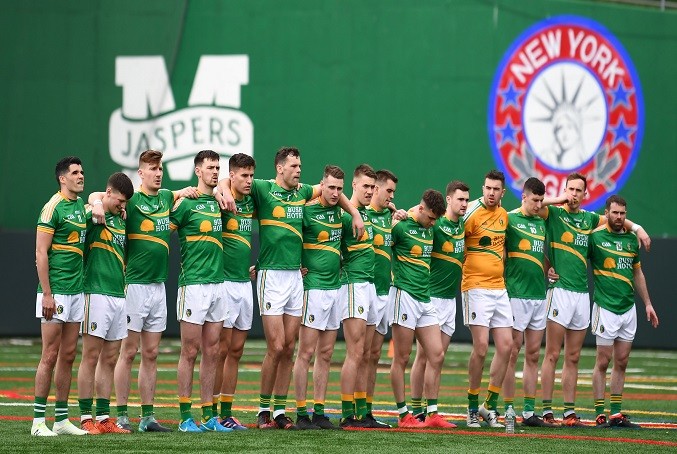 To the wider world June 9th 2018 was just another forgotten summer day but to the footballing people of Waterford, it’ll be a day to remember and what they hope will be a platform for greater things. After 8 long years, they finally won a qualifier match, overcoming Wexford 3-14 to 1-18.  Looking from the outside one might think Waterford was a hurling only zone, however, there’s  a great love of football in the Déise county with a strong a vibrant club scene that is not often reflected in the county sides fortunes.

A promotion to Division 3 in 2010 suggested a revival of Waterford’s football fortunes but relegation the next season dashed those hopes. Although Waterford collected a McGrath Cup in 2015 and threatened Championship shocks against Galway in 2013 and Cork in last year’s Munster semi-final the heady days of 2010’s promotion and the Championship win against Clare that followed seemed further away than ever.

Success is subjective. For some, not reaching the All-Ireland final is a disappointing year, but for others, just one win can make all the effort and slog in the bleak mid-winter seem worthwhile. Just a brief snap shot of fame and glory can create enough positive energy to drive them on for the following season, an energy that can top up the lost faith of too many defeats and derision from within one’s own county. For that weekend the footballers were the heroes of the county and enjoyed all the trimmings of sporting success. Make no mistake. Although it may be forgotten by the majority of the footballing world Waterford’s win over Wexford could be a major factor in the Déise squad’s lifecycle.

Meath may have had an average league campaign, but they still would have been favourites for this game against Longford in Glennon Brother Pearse Park.  Complete with 5 Mullinalaghta players in their starting 15, Longford enjoyed a 2-point win over the Royals.  Any doubts over the quality of the Meath team were shelved a few weeks later when the Royal County lost to eventual All-Ireland finalists, Tyrone, after extra time in Navan. Meanwhile Longford were well beaten by Dublin before a narrow 3 point defeat to Kildare in the qualifiers.