Gerry McInerney on the All-Ireland trail once again

Gerry McInerney didn’t put down the hurley until he was 50.

As the Kinvara man explains, it was “great craic” playing on with the Junior Bs, until finally he “let the young lads get in and give them a chance, but it was good fun”.

Galway’s iconic wing-back from the 1987-’88 All-Ireland winning side had one shot at a county title in 2007, but that’s as close as he got to glory with his home club.

He was player/manager that day, and the then 42-year-old brought himself on after 42 minutes, at a stage when Portumna had long put the game to bed. There was little shame in being beaten by the reigning AIB All-Ireland club champions.

Now, in his second stint as manager of Oranmore/Maree, for whom his All Star winning son Gearoid is the star man, he has achieved great things.

McInerney moved 18km down the road many moons ago to open a sports shop while Gearoid, who grew up in the parish, has just opened a restaurant there called Banditos.

They’re very much part of the furniture in what is a growing club, one that has state-of-the-art facilities in Renville. Over the years, they have “zig-zagged” between hurling and football in terms of which has been more prominent, but “there is a good mix and camaraderie” between the codes. As he points out, soccer and basketball also attract plenty of youngsters in the parish, which he sees as a good thing.

The club will return to the Galway senior hurling championship in 2019 following a 24-year absence, but they have the small matter of an AIB All-Ireland intermediate title to contest firstly.

No side from the Tribal County has ever lifted the crown at this grade, even though six of their representatives have made it to Croke Park. St Gall’s of Antrim are next up in the semi-final at Parnell Park on January 20th and the Saffron County side will have their work cut out to deal with Gearoid McInerney, Niall Burke and co.

“We have a good group of guys,” says McInerney of the improvements in Oranmore/Maree. “They’ve given great commitment to the team and you have Gearoid and Niall coming in driving it on. We’ve a good few lads coming through who have been with the Galway minors and Under-21s so there’s a nice batch there, and a great underage structure. 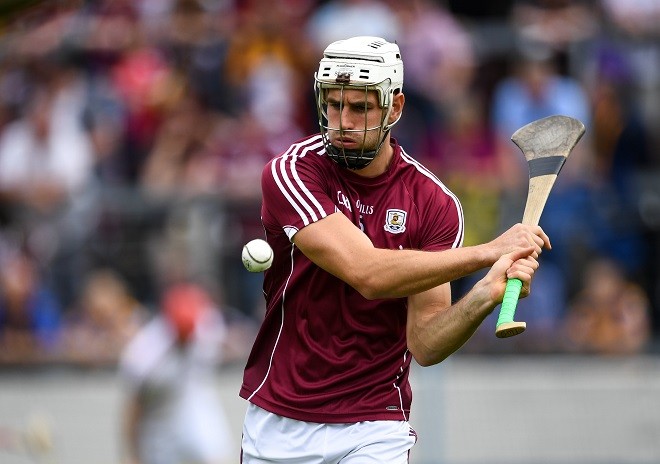 “The club was down in intermediate for so long that it’s hard to get back up, and hard to believe you can. People were absolutely thrilled and it’s great for the young lads to see it, and to see the crowds coming along. It’ll be brilliant for our lads to be matched up against better teams again in the senior championship next season. Promotion was a long time coming.”

That's work for another day because right now, McInerney and his management team of Richie Burke, Pat Malone and St Thomas’ clubman John Burke are focused only on the present. They came in for their second stint at the job at the start of the season, and McInerney feels “lucky” with the backroom team he has assembled.

“Players want the best these days and you need a lot of help, there’s huge commitment required,” says McInerney. “John Burke has been there and done it with St Thomas’ (winning an AIB All-Ireland club title in 2013), and you also can’t beat having a chat with someone from outside the parish.”

McInerney was famed for his long hair, moustache and white boots, and was one third of Galway’s most famous half-back line alongside Pete Finnerty and the late Tony Keady. His All Star winning son is centre-back on this team and Niall Burke leads the attack from the half-forward line — at intermediate level, it’s quite a platform to have.

McInerney Snr, whose other son Sean is corner-forward, is keen to point out how it’s a collective effort, though he does accept that the inter-county experience he can call upon “is unreal for the club”.

“They’re a joy to manage,” says the father of working with his sons and county stars. “They know what to do and you don’t really want to be telling them anyway. All they want to do is get out there and get on with it. 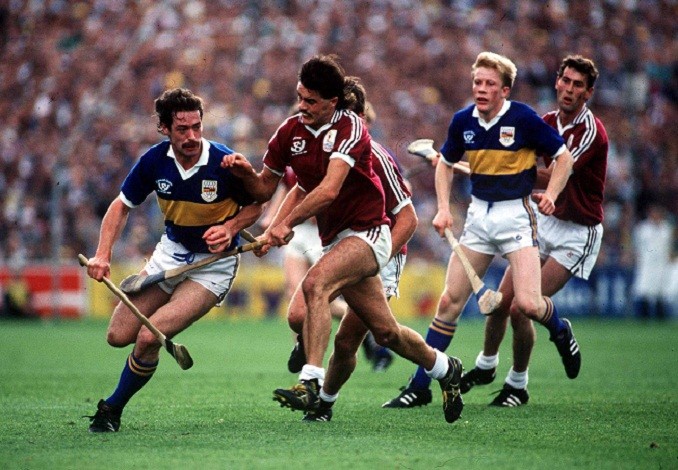 “In my career, I didn’t win much with Kinvara but I did it for the enjoyment of it. We lost a county final to Portumna but we should’ve broken through long before that. We met a very strong Portumna team and that was it.”

Lessons learned the hard way can be used to inform what you do in the future, and no doubt McInerney and his backroom staff will look to impress that upon their talented side. A chance is there to make Croke Park on All-Ireland final day, and lock horns with the winners of Graigue-Ballycallan and Charleville.

“It’s new territory now,” says McInerney. “We’re not looking any further ahead than the semi-final against St Gall’s at Parnell Park. We’re under no illusions of what we’ll be facing.

“What we know about them is that they’re a very tough side, and any team from Ulster always gives you a tough battle. They’ll want to get to Croke Park just as much as us, but we want to be there and to represent Galway well.”