When a team is heading for a new destination, it can make sense to look for fresh inspiration. Claire Dunne is a leader on the Gailltír camogie side, and never thought at the age of 28 that she’d be heading out onto the hallowed turf of Croke Park for an AIB All-Ireland Intermediate Camogie Final. On March 3rd, the Waterford champions, who beat St Rynagh’s of Offaly to make the big dance, will take on Clonduff of Down, who eliminated Craughwell by 1-8 to 0-9 in their semi-final.

Dunne works with former Waterford manager, Derek McGrath, a man who has built up an iconic following around the country for how he has spoken about his Deise side. While so often he has had to deal with slings and arrows about using a sweeper, his message has always come back to the same things: honesty, hard work, and unity.

Dunne works at De La Salle College as a teacher, alongside McGrath, and commonly the pair will speak about hurling and camogie. In recent weeks, Gailltír have tried to bring a measure of variety to training by having guest trainers, and McGrath was one of those.

“No, I didn’t organise it,” says Dunne with a smile, at the AIB All-Ireland Senior and Intermediate Camogie Club Championships media day. “Derek took a session with us and it was really good, and he spoke fantastically afterwards too. He’s an inspirational person and you could listen to him talk all day.

“I work with Derek and I’ve actually been trying to avoid talking about the final with him!” she adds with a laugh. “But management organised the session, and he’s so supportive of us. He’s been very good at giving out advice to us. After all, he managed Waterford in the All-Ireland final against Galway in 2017 so he knows what it’s like to face into a big game.”

Dunne explains that Gailltír is made up of players from areas including Passage East, Ballymacaw, Ballygunner, Killea and village of Dunmore East, and that McGrath’s De La Salle are in fact a rival club. So, while the two teachers would have pulled in opposite directions for the county final between the clubs, which Gailltír won 1-17 to 2-13, the ex-Waterford manager had no issue in helping out ahead of the AIB All-Ireland final.

“We have 32 players on the panel and everyone is really looking forward to this game,” says Dunne. “I can’t believe I’m going to get to play at Croke Park, but we know Clonduff are a very strong team.

“We’re hopeful, because we have a very skilful bunch of players. The win over St Rynagh’s was huge for us and we feel like we have unfinished business in this competition after losing a semi-final to Eglish two years ago. We’re up for the challenge and hopefully that’s enough on the day.”

Clonduff overcame Eglish of Tyrone in the Ulster final and followed that up with a win over Craughwell in the final-four stage of the All-Ireland. Forward Paula Gribben explains how her side took a trip away and also had a guest trainer to help with their preparations. 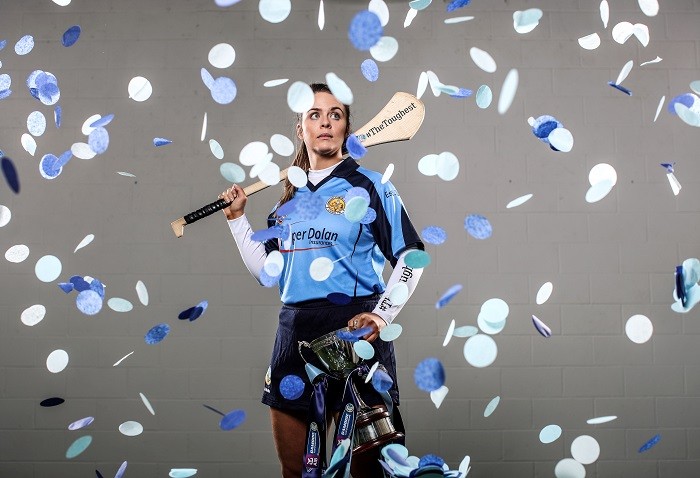 “We took a trip up to Ballintoy in Antrim for a training weekend,” says Gribben. “Neil McManus (Antrim’s star hurler) gave us a wall ball session and took training with us. Neil is an inspirational speaker and he had only played on the Saturday before against St Thomas’ of Galway in the All-Ireland club semi-final at Parnell Park.

“That was a tough game for Cushendall to lose and you could feel the passion in his voice when he was explaining what these days mean to a club. He told us ‘you have one shot and you want to come out with no regrets, and you want to be able to hold your head up high afterwards. Take your chance.’ We also did some archery that weekend and it was great craic. It’s been a long year and you need that too because we have all the work done at this stage, so you need that fun element.”

Gribben admits she isn't overly familiar with Gailltír because there is no footage available of the opposition. “We don’t know much about them, but I know a few of their names from the county scene,” says Gribben. “Teams can get bogged down on the opposition and then not go out and play their own game. We want to focus on ourselves and hopefully that will get us over the line.

“Plenty of us have played at Croke Park with Down so I don’t think nerves will be an issue. It's just another game, another 60 minutes, and you need to keep calm and collected on these days.”