The countdown to March 3rd is on!

Spare a thought for Slaughtneil manager Damian McEldowney in the lead-up to the AIB All-Ireland camogie club final. Not only has he been preparing his panel to head out on the turf at Croke Park in search of a three-in-a-row — which hasn't been done since St Lachtain's of Kilkenny did it from 2004 to 2006 — but his baby was due on the same afternoon of March 3.

Once Slaughtneil had beaten Ardrahan by 0-8 to 0-4 in the All-Ireland semi-final, the chances of these two huge events colliding intensified. But then, just over a week ago, to everyone's delight, baby Tadhg was born ahead of time — fit and healthy. Slaughtneil player Siobhan Bradley summed up the mood in the camp by saying: "Yeah he had a boy last week, everyone is delighted for Damian. So, a massive congratulations to him.

"He took a few nights off last week, which were well-deserved. His commitment levels with us have always been so high and it's such a special time for him. We're all delighted the baby came early because now he doesn't have to worry about being down in Dublin for the match, and then a mass exodus back up north again if the baby was coming!"

In the past couple of seasons, Slaughtneil have been chasing All-Ireland club success on three fronts. The men have been searching for football and hurling glory after lifting Ulster titles in either code, while the ladies have gone one step better by twice lifting the national camogie crown. This time around, there's a sole focus in the area.

"Yeah, the attention is more on us this year," says Bradley. "The men didn't get as far but the break might do them good because they've been on the road so long. It is nice for us to get the single attention in our code though, and even just to have the pitch to ourselves.

"When the three teams were on the go, you'd be travelling all around Derry trying to find a pitch to train on, and then the weather last year made it even harder. It was tough to even get a field. So, it's all about us this year."

The words “Ni neart go cur le chéile” appear on the back of the Slaughtneil shirt, and they were the final words spoken by victorious captain Aoife Ní Chaiside when they lifted the club title two years ago. "There is no strength without unity", which it translates to, is now the motto of the club. 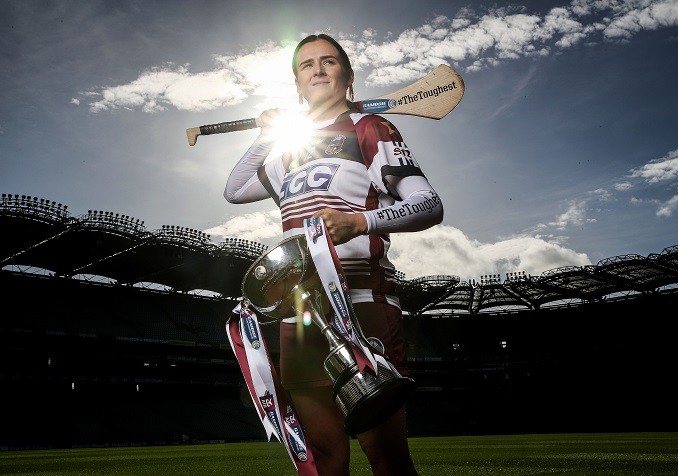 "Our sponsor at the time — T Mackle — requested that a saying rather than their name go on the shirt," says Slaughtneil's Gráinne O'Kane. "So they wanted an old Irish saying and this is what Thomas Cassidy (father of Aoife, who passed away during the 2016/17 season) and Padraig Ó Mianáin came up with. They thought it was fitting for the club and while we have been successful, unity is the way we always think."

For St Martin's captain Katie O'Connor, on the other side of the battle lines, the club is where it all begins and ends. She recalls the tears running down her face as they shocked Thomastown to win the Leinster camogie final at the end of 2018, stopping a three-in-a-row bid from the Kilkenny side.

The Piercetown brigade are used to being underdogs and they very much enjoy the role. No doubt, that will be the case as they take on a Derry side looking to win their third AIB All-Ireland club camogie title in succession. Manager JJ Doyle has been in charge of the county's camogie side and the Under-21 men's outfit, with huge success, and has been preparing his side for this challenge ever since the Christmas celebrations ended.

"We've had lots of practice matches," says O'Connor. "On St Stephen's Day, we had a training session down on Curracloe beach, JJ ran the food and drink out of us. We had a swim then to freshen us back up, and it was great.

"JJ has developed us gradually as a team, and he has taken us to this point sooner than anyone would have expected. He nearly brought us to that first Leinster final last year (losing to Thomastown) when we maybe weren't even ready.

"He's inspirational and told us that we didn't realise our potential. We hadn't won a senior title before he came along, and he taught us how to work hard, and you never come away from a session thinking you could have done more. You leave training absolutely beat."

O'Connor explains that the parish is decked out in maroon bunting and that there is talk of a road being painted in the same colour. 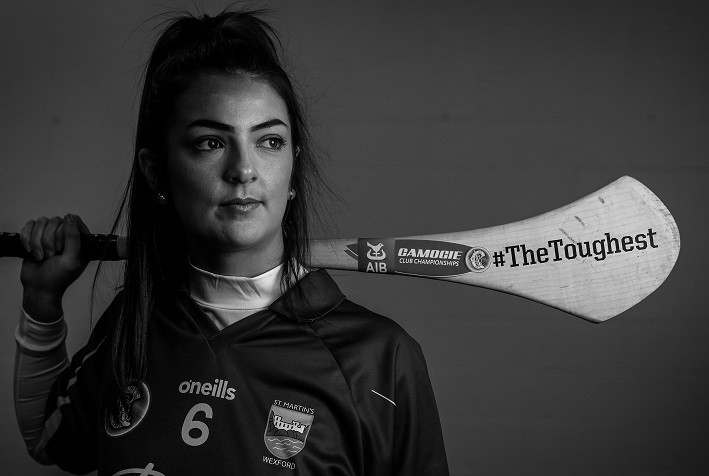 "They did it for the Wexford team in 1996, although that was purple and gold," smiles O'Connor.

"The club here means absolutely everything. My best childhood memories come from being down at the club, playing in blitzes, those days you have down at the field. You get dropped down there in the morning and then you're collected when you have to go to bed. We have a wonderful community here."