Gaoth Dobhair in pursuit of glory

Gaoth Dobhair has always prided itself on producing brilliant footballers.

In the Donegal roll of honour, no club has had their levels of success. St Eunan’s had caught up with them for a little bit, but the men from Gaoth Dobhair (or Gweedore) are back out in front after winning a 15th county title this past season.

They had lifted 12 crowns between 1935 and ‘61 but would have to wait all the way until 2002 until the next one came along. Kevin Cassidy was part of that latter group, and he’s been using the memories of those days to fire the current side.

Now, after winning the Ulster club title, they stand just one game against Corofin away from Croke Park, in what would be the two-time All Star’s first appearance at the venue since the All-Ireland semi-final against Dublin in 2011.

“We went over 40 years without a county title and people would be saying to you ‘when are you going to do it? Why haven’t you? What, are you not as good?’” explains Cassidy at the AIB All-Ireland club semi-final day.

“Achieving that title win in 2002 was great because it allows you to continue the legacy. From 2002 to 2006, we left a few titles behind us, partly because the county lads were giving so much to Donegal and the club suffered.

“In those 40-plus years, the club suffered, even went down to intermediate football. I think people lost interest to some degree and there was emigration also."

“So when we won it in 2002, the place went mental. Before our county final this year (against Naomh Conaill), I told the young lads all about 2002 and coming around Bloody Foreland, an area from which you can see all of Gweedore. You could see the entire cavalcade of cars coming because it was evening time, and the lights of the cars went all the way back. I was telling the lads all about how it is the best GAA memory I have, and it’s why the club means so much.

“The image stuck with me and I’ve been chasing it since, trying to repeat it. When we won it this season, we were up at a bar called Foreland Heights and there were the lights for miles again — you’re home and you’ve achieved it. I had told the lads and they came up to me saying ‘now I know what you mean’.”

Gaoth Dobhair is in the heart of the Donegal Gaeltacht, a place that takes a huge sense of pride in its traditions. “It’s massive,” says Cassidy. “We’re very proud of speaking the Irish language and we’re very proud of the GAA — those two parts of life are intertwined. There’s a real sense of identity with it. We speak Irish to each other on the field. Our names go on the match programme in Irish, which is probably a nightmare for journalists!” 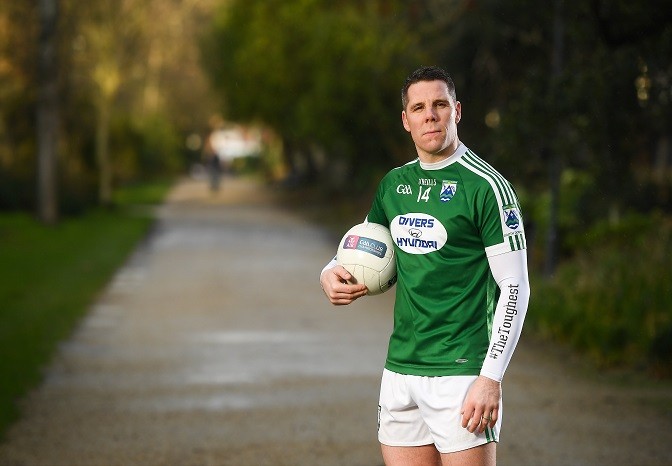 While Cassidy was in the spring of his career back in 2002, now he’s walking through the browner leaves of autumn in his football journey. Getting to an AIB All-Ireland semi-final has been a huge thrill, and the videos of his side’s celebrations in the aftermath of the Ulster title win gave an insight into their joy.

All the while, the full-forward’s young son Fionn, age four, has been along for the ride, with wife Sarah bringing him to all the games. Cassidy explains that all the youngsters in the town have been caught up in the excitement, but so too have the older folk.

“It’s crazy, there’s no room for any extra bunting to go up in the parish,” Cassidy says with a grin. “Before the first round of the club championship in May, my brother Stephen and another of the clubmen, Colman MacCumhaill, woke up early one morning and decked the entire town out in green and white. They knew we had been training hard and they wanted to do their part. So it was great, and the bunting hasn’t come down since.”

Gaoth Dobhair are pockmarked with county-level talent. Aiding and abetting Cassidy are Neil and Eamonn McGee, along with Odhran MacNiallais and Cian Mulligan. The first three are all into their 30s, MacNiallais is a rare player in his mid-20s, while the rest are either side of 20. This will be their first All-Ireland semi-final, up against a Corofin side that come in as reigning champions and have been down this road many times before. 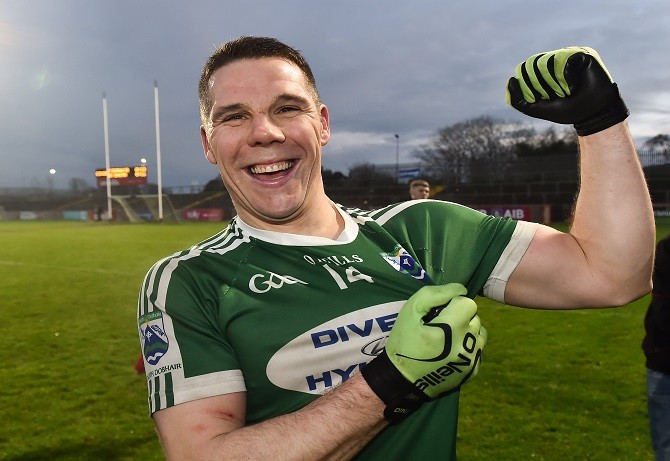 “Yeah, that’s true,” says Cassidy. “We’re wondering have we done it (the winter break) right whereas they’ve been here before. They know what it’s like and what to expect because it’s a routine for them. We played a challenge match last weekend against St Brigid’s in Dublin and they had two cameramen in at the game — they leave nothing to chance. We tried to keep that low-key but somehow the word got out on WhatsApp.”

He’s hoping the Donegal men will be ready for the challenge on the day, and Cassidy can scarcely believe he is one game away from the biggest stage in Irish sport.

“I never thought I’d have a chance to get back to Croke Park,” he says, as he hopes to bridge a seven-and-a-half-year gap. “I thought my days were numbered. It would be unreal to get back there, massive, but Corofin are the best team around so it will be a huge task.”