The one certainty of sport is its uncertainty. While one can never guarantee a match or occasion will live up to expectations, we think the All-Ireland Club Finals could be a blockbuster day in Croke Park on the 17th of March.

As soon as the final whistle went in Thurles on Saturday Dr Crokes captain Fionn Fitzgerald turned his thoughts to Croke Park and their clash with fellow giants of the club game Corofin.  Fitzgerald told Radio Kerry “they’ve (Corofin) massive pedigree they’re up there with the likes of Crossmaglen and Nemo Rangers. Teams have been traditional contenders for the All Ireland.  We won our All Ireland a couple of years ago and were delighted.

It whetted the appetite we’re really excited about being back in the final again. It has the makings of a great game.”

It was one Crokes club too far Longford’s Mullinalaghta who, despite a good start, lost 18 points to 2-7 against the Munster champions. Pat O’Shea’s side surviving the concession of an early goal and a straight red card for Johnny Buckley. A mix of hard work, hard running and an ability to take points under pressure seeing them through.

If there’s one thing Kerry is not short of at the moment it’s talented young players and two to add to that list are Gavin White and David Shaw. Shaw knocked over 3 points from play while White could have been issued with penalty points for speeding so quick were his excursions up and down the park.

It paid off, they’re in the final and White was awarded the man of the match prize by TG4. The young defender almost capped off a wonderful performance with one of the goals of the season. Picking the ball up from deep he raced through the defence and breached the square only to see his shot saved wonderfully by Patrick Rogers. It’s clear and obvious that Brian Looney has been a big influence on White as player. Looney’s Brian Dooher-esqe ability to run with the ball has rubbed off on his young teammate who is set to give opponents sleepless nights for years to come.

At a time when the game was in the balance Shane Murphy showed cat-like instincts between the sticks for Crokes with some fine saves. As if to ram home their strength and depth as a squad, the Killarney outfit started with Colm Cooper and Eoin Brosnan on the bench, and they waited until the final moments to bring them on as to protect their lead. Brosnan showed he hasn’t lost his determination and strength, winning a throw ball with one hand while holding his marker off with the other. 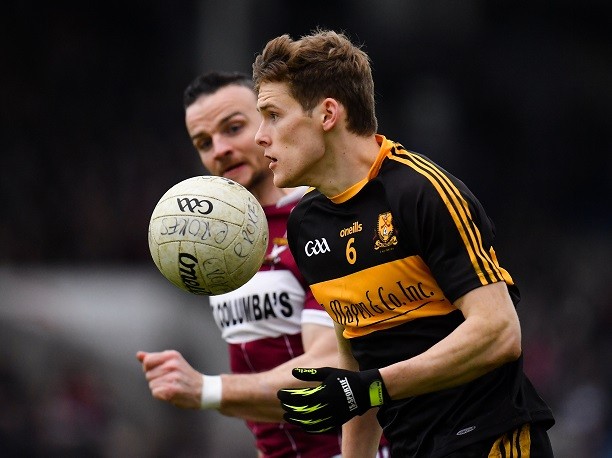 Dr Crokes understand that it’s not just about what a club is doing with its current crop of players, it’s about how it can build upon their period of success and ensure that everyone, especially the underage and future stars, feels part of the journey.  This is the club that made Colm Gooch Cooper their mascot for All Ireland Final in 1992, in what now, in retrospect, seems like a genius move.  Towards the end of the match on Saturday it was heartening to hear the Crokes kids sing “We’re on the road again” as they celebrated reaching a second All Ireland Final in three years.

The lyrics of Gleanntáin Ghlas Ghaoth Dobhair illustrate perfectly the rugged wildness of the landscape in northwest Donegal and one can easily imagine the convoy of supporters hitting the road early last Saturday morning, chattering away in the shadow of Mount Errigal, making their way to the clash against the mighty Corofin. The song is a beautiful lament saying farewell to green glens of Gaoth Dobhair and gives an account of the stunning scenery the team and their supporters passed by en route to Carrick on Shannon, and also describes heartbreak.

Tragically, too many hearts are broken in Gaoth Dobhair, and in the surrounding parishes of An Fál Carrach and Gort an Choirce. In the last few weeks Gaoth Dobhair have shown that sport is both the most important thing in the world and the least important thing in the world. Recently the club was left devastated by the loss of  Mícheal Roarty, and his three friends John Harley, Shaun Harkin and Daniel Scott. Talking about winning and losing matches seems shallow in the context of such grief but football helped bind the community with a united purpose. Football helped bring some joy and excitement at a terribly dark time and football is what will help keep a community going as they remember their friends.

“That’s their ninth semi-final that’s our first, maybe that experience told in the end.” Gaoth Dobhair forward Kevin Cassidy summed it up with Highland Radio when asked what was the difference between the sides in their 4-point defeat to Corofin. Goals from Gary Sice and Michael Farragher helping the defending champions through to the final. While Corofin are now planning for All Ireland Final day, the men from Tír Chonaill are left wondering what might have been.” We can’t be faulted for effort but we feel like we played within ourselves. They’re a good side. They had us sussed out but we feel maybe we didn’t go at them the way we could have.” 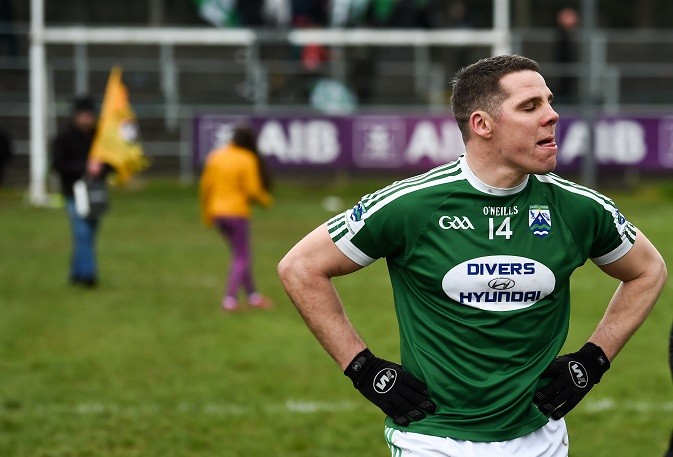 Gaoth Dobhair may not win the Andy Merrigan Cup this year but they have won a lot of admirers for the openness in which they enjoyed their Ulster success via social media. Never one to be unoriginal Eamon Mc Gee didn’t hit the town with his teammates on Saturday instead choosing to go to a live performance by Physics Professor Brian Cox.

Gaoth Dobhair’s regular posts on social media didn’t impress everyone including former Mayo footballer and All Ireland club winner with Ballina Stephenites David Brady. McGee didn’t have much time for that criticism and told Off the Ball AM  “As I learned at Brian Cox  the Universe is finite and we’re talking about a David Brady tweet for two days here going into day three, there’s just no need for it.”  Mc Gee insists that Brady wasn’t aware of the hard work and preparation that went into the game, and said Gaoth Dobhair lost because they were up against a great team, not because of their post Ulster final socialising.

Gaoth Dobhair and Mullinalaghta would have been a fairy-tale final but it wasn’t to be for both teams. However, Corofin and Dr Crokes has the potential to be a classic as two greats of the club game come together on the biggest stage of all.  We can’t wait for Saint Patricks Day.