Who will make history will be made this weekend?

A young man who grew up in Wales and never played competitive GAA until he was 13.

Two former superstars in their fourth decade who thought they'd long since played their last game in Croke Park.

Clubs carrying the flag for Monaghan hurling and Antrim football, and another led by a hurling hero whose flowing locks and white boots only added to the mystique of Galway's awesome half-back line in the '80s.

These are just some of the fascinating characters and narratives that will make this such an unforgettable weekend in the 2018/2019 AIB All-Ireland Club Championships.

Nathan Breen's journey to Jones Road is arguably the most remarkable of all. The 25-year-old is a son of a Kerryman and Welsh mother. He was brought up in Wales until he was 13, they then moved back to live in Beaufort where he'd visited every summer. Where once he looked out on Snowdonia and threw an oval ball, suddenly he was kicking a round one below the majesty of Carrauntoohil and Gaelic football oiled that transition.

“Within a week of moving I was playing in an U14 game for Beaufort!” he laughs.

“But it was fantastic because football was how I made friends. It was a way of brushing shoulders with fellas straight away, not even in the village but across the county, so it made the move very easy.”

Easkey are managed by former Sligo star Dessie Sloyan and, from a remote coastal outpost on the Atlantic Way, have been buffeted by weather, emigration and relegation in recent years. But they bounced back to become Sligo's first ever (male) club football finalists with a team that ranges from 40-year-old ex-county legend Noel McGuire to Dessie's eldest son Dylan. 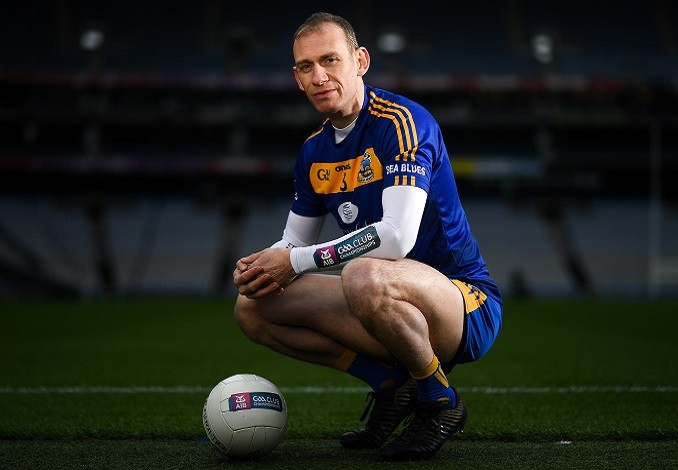 Kerry clubs have a phenomenal history in the All-Ireland club and Kilcummin, home to former GAA President Sean Kelly, will also be looking to extend that in their intermediate final against Naomh Éanna, the Ulster champions in Saturday's double-header (4:45pm).

Especially heroic for Kilcummin has been Kerry senior Kevin McCarthy who has played with a broken hand at times.

But Naomh Eanna, a football enclave in North Belfast who survived The Troubles to become a thriving club, are the first Antrim team to win the Ulster intermediate title and, managed by former Antrim boss Frank Fitzsimons, have beaten the Monaghan, Tyrone, Cavan and Galway champions.

“It's still unbelievable to think the group of lads I played with the whole way up, and the lads that I sit with in the changing rooms two and three times a week, are going to be sitting in the Croke Park changings rooms,” says Peter Healy, one of their county senior stars.

The action at HQ switches to small ball on Sunday, and while Castleblaney of Monaghan may be underdogs in the junior hurling final against Dunnamaggin (Kilkenny) (1:30pm), the three-time Ulster champions will give nothing up easy having finally reached their first All-Ireland decider.

“No one on our team has ever played a competitive match there,” says their centre-back Peter Treanor (31), describing the final as “unchartered territory”.

“Castleblaney is a football town really, but this last couple of weeks it’s all gone green and gold and everyone has rowed in behind us.”

Their very rural opponents include once totemic Kilkenny defender Noel Hickey, returning to play at Croker for the first time since he won his ninth All-Ireland there in the 2012 replayed final.

The teak tough 38-year-old farmer won a county senior title with Dunnamaggin when he was only 16. But the club dropped down to junior two years ago and have battled hard in their comeback season, including their thrilling one-point semi-final victory over Cloughduv after extra-time.

“I played in Croke Park on many a big day but to come back up here now with the club is just brilliant,” Hickey says. 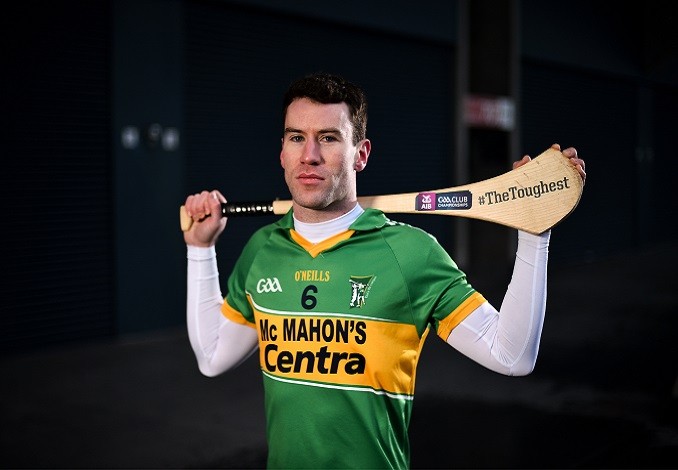 It's been a whirlwind few years too for Darragh Fitzgibbon, Cork's rising star and 2018 All Star, who shot 0-6 (2f) in Charleville's two-point All-Ireland IHC semi-final defeat of Graigue-Ballycallan. Managed by Ben O'Connor, their young team have won their first Cork intermediate title in 66 years and now face Oranmore-Maree in the intermediate hurling final (3:15pm), something Fitzgibbon never dreamed of.

“When I was growing up I was always looking at a junior club. Now the kids are going to be coming into a senior club and they get to come to Croke Park and support Charleville. That is just amazing,” he says.

But they face a side featuring several more superstars in Galway's Gearoid McInerney and Niall Burke which is also managed by Gearoid's legendary father Gerry.

“It's the first time we’ve got out of Galway. There’s one more step to go, but it’s been an exciting journey so far,” says Burke.

Oranmore' have a Burke in their backroom too who already has serious All-Ireland club pedigree. John Burke was manager when his home side St Thomas - featuring all six of his sons and several nephews - won a fairy-tale All-Ireland senior club in 2013. Five of them, including county senior stars David and Eanna, are still playing for St Thomas who also feature Conor Cooney.

Now managed by Kevin Lally with former-Limerick boss TJ Ryan in their backroom, St Thomas marked their 50th anniversary by winning their third Galway and Connacht title in six years.

They face Ruarí Óg Cushendall in Saturday's All-Ireland SHC semi-final in Parnell Park (3:00pm) and the proud club from The Glens are also no strangers to this level.

Antrim's ace marksman Neil McManus (30) has played in all of their four semi-finals in the past 12 years.

He may have lost to Galway side Loughrea in 2007 but Cushendall noticeably took out Sarsfields en route to the 2016 final which they lost to Na Piarsaigh (Limerick). Their side includes Alex Delargy whose return from cutting off the tops of two fingers in a work-place accident this year is nothing short of miraculous. 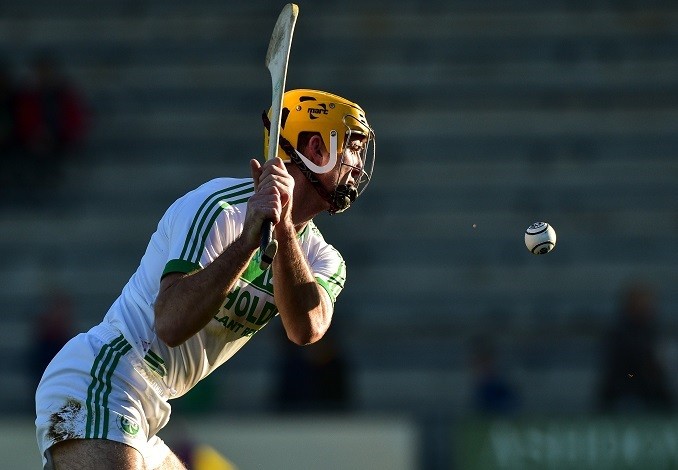 Saturday's other SHC semi-final (5:00pm, Thurles) is a heavyweight derby between two clubs - Ballygunner and Ballyhale Shamrocks - separated by just half an hour on the Waterford/Kilkenny border.

The 'Gunners' finally broke their agonising Munster final duck after losing four finals (including last year's) since their only victory in 2001. This year's sensational run included a double extra-time victory over Ballyea (Clare) and victory over last year's All-Ireland finalists Na Piarsaigh in their provincial decider.

They're loaded with inter-county stars like the O'Mahony and O'Sullivan brothers and captain Stephen O'Keeffe, but few embody their journey as much as 33-year-old defender Wayne Hutchinson, a man who has given huge off-field leadership too with his openness on mental health issues.

Standing between them and the holy grail of a first ever All-Ireland final are club giants Ballyhale Shamrocks; featuring the Reid, Fennelly and Cody brothers with no less than Henry Shefflin as manager.

They are record six-time All-Ireland winners, with their last three in 2007, 2010 and 2015, but as Colin Fennelly points out, their Waterford opponents are on something of a mission.

“Ballygunner are after winning seven county finals, have been knocking on the door the last four years and we are probably waiting for a beast to unleash,” he admits.

That's just the icing on a truly mouth-watering weekend of AIB All-Ireland club action. A competition which provides the opportunity for so many players, at all levels, to win precious All-Ireland medals.

That dream is best summarised by Nathan Breen of junior football finalists Beaufort.

“When you first line out for your club at adult level you'd never dream of this. We were playing Division 4 county league below in Kerry so getting to Division 1 would have been the dream come true at that stage. The thought of Croke Park was way too big to ever imagine so it's hard to describe it to be honest.”