More than a half century ago, seeds were sown that Corofin are still reaping rewards from

Chairman Michael Ryder remembers a time when Corofin weren’t quite the behemoth they are now. From their inception up until the start of the 1990s, they had won just three Galway county titles. Then, something changed. Ryder recalls a fundraising drive that was very much out of the ordinary, one that built on the momentum from a car draw that had been a big success in 1989.

From a small fry in national terms at that stage, Corofin have since taken their total of Galway championships to 20, amassed nine Connacht crowns, and are targeting a fourth AIB All-Ireland club title on St Patrick’s Day when they meet Dr Croke’s. They’re now the envy of most clubs in the land.

Their event was a novel idea, a once-off in the parish that was very much of its time, and one that has helped fuel everything that has happened since.

“We ran the national sheep shearing competition in Corofin in 1990,” Ryder exclusively tells AIB GAA. “So that was the first major fundraiser that I got really involved with in Corofin.

“I’d been fortunate enough to be involved with a Macra na Feirme association who ran one in Tuam in 1985,” adds Ryder. “We were building a new stand in Corofin and our chairman at the time was driving on to get it built, so we were seeing how we’d get funds.

“We had it on the first of June in 1990, it was the biggest event ever held outside of Dublin…we hosted the championships and brought people in from Northern Ireland, England, and we had a great experience because we had Michael Stevens from Corofin who had been a national champion before that.

“That was our first big event, and at the time, it made about 20,000 pounds, so that helped to cover the stand. That was a major event for us to take on and it was great.

“There was massive interest,” Ryder explains. “They came from all over the country. We had about 5,000 people that day in 1990. We had Ray McSharry, the EEC (now EU) commissioner at the time, come in to officially open it on the day. It was a great occasion.”

Ryder was a junior player with Corofin and has fond memories of his days donning the shirt. He’d also lined out in a couple of senior league games, but never quite made the step up to the championship team.

Ultimately, he then made the jump to helping the club out in a variety of administrative roles after hanging up his boots. He credits his days with Macra na Feirme for preparing him for those responsibilities. Remembering the build-up to the maiden AIB All-Ireland title win in 1998, he rejoices in the fact that so many players have since given back as coaches.

The expertise of Frank Morris gets particular mention, as do those in charge of the underage teams, but so too do the players who cemented Corofin’s place in history 21 years ago.

As is so often said, it all ends and begins with the club. More than a half century ago, seeds were sown that Corofin are still reaping rewards from.

“I was born in a place on the main Tuam-Galway road, the heart of the parish,” says Ryder. “Our football field was owned by club president Joe Flaherty and we togged out in his shed or his paddock back in the late ‘60s or early ‘70s.

“Flaherty’s field was the centre between Corofin and Belclare on the main Galway road, where massive games took place up until half ten at night in summers in the 1950s and ‘60s. Lads would gather of an evening and have a good game, and some of the best footballers in Corofin came out of there: Jimmy Glynn and those. I came up in a great area on the Galway road, not far from anywhere.”

The commitment levels are rising all the time in GAA. Club sides are beginning to ape county teams in terms of preparation, and Ryder says it possibly takes twice as much money to take a club to an All-Ireland as it did back when first did it in 1998. He’s part of a committee that sits down with management, figures out what can and can’t be done, before putting the wheels in motion. 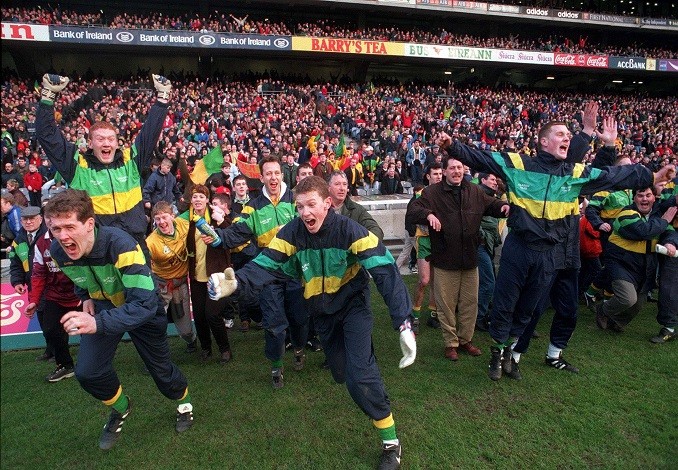 “In 1998, we went up the night before and stayed in the Glenroyal Hotel in Maynooth and went to the Garda club that morning to train,” recalls Ryder. “It was our first time…I remember Martin Goggins ringing me the night before. It was exciting, there was a television camera on the bus going up at the time. Ryle Nugent was new, and it was his first big programme. He followed us that year. Ah, we’ve come a long way since and we take it game by game.

“We have the people in the parish with fantastic skills and who are willing to give up their time for the club,” he adds. “That's the great thing about it, people are willing to come out and do it and support us. I find the GAA are leaders and they should be, they’re the biggest organisation in every parish in the country.