It is no hype to describe Sunday's AIB All-Ireland Senior Club Football Final as Goliath v Goliath. Yet whatever transpires couldn't possibly be as dramatic for Martin Farragher as the rollercoaster ride he endured this time last year.

The Corofin full-forward got sent off just two minutes into the 2018 semi-final against Moorefield, which earned him an automatic one-game ban. But, he was exonerated and reinstated just a week before their Saint Patrick's Day clash with Nemo Rangers. He didn't just play. He scored 0-5 from play in a Man of the Match performance. From zero to hero, his experience was pure Roy of the Rovers stuff.

So how did he deal with being immersed in such drama?
“It was a bit surreal alright. I was just glad to be playing in the final to be honest. I got the appeal overturned just a week beforehand but, to be fair, I always thought it would be overturned.” Luckily for Corofin, Farragher appears unflappable, a necessary trait for someone in the role of goalmouth sniper.

His cool head was evident again in this year's semi-final when he pulled the trigger for a cracking and crucial goal to pull away from Gaoth Dobhair.
“It was OK,” he says modestly of his clinical finish. “Gary (Sice) sent in a great ball to test the defenders, I just took a chance to run off the shoulder and Ian (Burke) laid it off to me.
“When you're making moves like that there's nothing better. You're always trying to get everything clicking on the day. We try to play to a certain style and when it's working it's amazing to play. But you can have those days too that it can just be an inch off and you know it'll come if you can stick with it.” The thing about Corofin is that they so rarely have off days.

They've won four of the last five Connacht finals - only Castlebar beat them (2015) - and the defending champions are now chasing a third All-Ireland title in five years. The fact that Sunday's opponents Dr Crokes were 2017 champions and beat them in those semi-finals has only ramped up excitement ahead of this huge re-match. Yet the mystery remains of how a team from a tiny Galway village has become such a club football superpower. The answer is a combination of genetics, tradition and dedication. 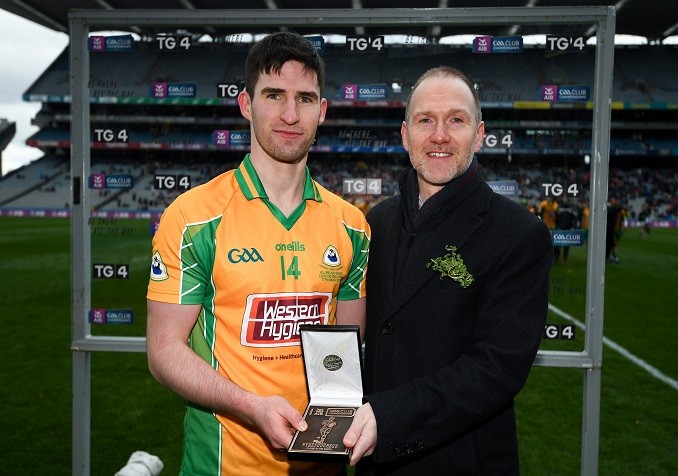 He is the youngest of three Farragher brothers who have all played in this golden era. James has now retired but Mike and Martin are key starters. And the 'Fin are loaded with the progeny of the 'Team of '98' who were the first Connacht club to win the All-Ireland.

“I was only four and I have a photo of me beside a car painted in the Corofin colours with my little flag, that's the only memory I have from that time,” Martin says.
“But my uncle Tom Greaney was playing that day and he's been a great inspiration for me growing up, wanting to achieve the things he's achieved.”

People often forget that Corofin's '98 victory was preceded by nearly a decade and a half when even county titles were hard to come by. Corofin won Galway in 1977 but it was 1991 before they won it again.

Gerry Burke played in '77 so it was no wonder his Man of the Match performance in the '98 All-Ireland final remains the stuff of legend. He was 39 at the time. A full 21 years later, when his son Daithí is now winning All-Irelands and All-Stars with the Galway hurlers, he is starring for Corofin. Gerry's brother Ollie also played in '98 and the current squad includes his sons, Allstar Ian and Gavin. Then there's the Silkes. Brian lined out in 1998 and, 21 years later, his sons Liam, Cathal and Darragh are all involved, two of them starting in the full-back line. Their uncle Ray captained the '98 team from centre-back.

Eddie Steede wore 14 in '98 and his son Ronan now carries the family flag at midfield. Gary Sice is a nephew of Eddie's and his dad Jimmy, the club vice-chairman, has been a huge servant to it over the years. Great genes are an advantage, but you can't repeatedly keep winning without motivation or hunger so how do Corofin stay motivated? 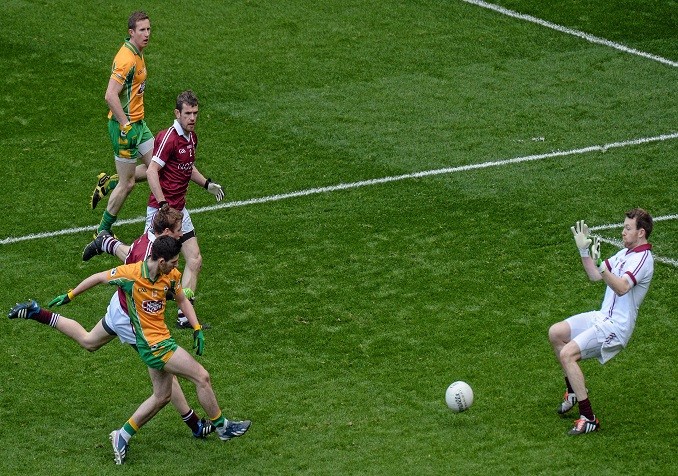 “We don't know any different. We just keep playing!” Martin says. “The club championship is long enough so we're constantly focused on the next game if we're going well and just hope that continues.

“All our success is based on our underage structures and the work put in at that level,” he stresses.

“You have the likes of Frank Morris and Tom Greaney working so hard at the underage for years and year, doing tremendous work. There's a documentary of the 1998 final and you can see Frank up at the club training them back then. The numbers in underage seem to be still growing too which is great to see. “It probably helps that we all grew up together. I'd have gone to school and played with the likes of Ian (Burke), Jason (Leonard) and Liam (Silke) all the way up. We kind of know each other's game inside out.

“The likes of Kieran Fitzgerald and Gary Sice have also been leaders for years, especially in times that weren't as good as they are now. They are still in serious shape and they drive on each and every one of the younger lads. Fitzy is as good as ever. I know first-hand because I have to mark him in training!” he grins.

Corofin also have unsung heroes in people like kit-man PJ Reilly. “PJ is part of the backroom team, organises the kit and water, all those little jobs that need to be done. Himself and Pat Curley and (chairman) Mike Ryder get all the stuff done behind the scenes. They take all the pressure off us and let us just focus on the football.
“When you get to days like this, Paddy’s Day in Croke Park, in front of your supporters and family, that's really something incredible and that keeps you going.
“Last year was just amazing. We all just clicked on the day. We got a few points ahead and 'Nemo found it hard to get back to us but this game will be completely different. We know what 'Crokes are all about. They're different gravy altogether.”