Tina Hannon had finally returned her brother's helmet. She can't remember exactly when she borrowed it but had just held on to it as one year turned into the next. It accompanied her wherever she went, starring for club and county and winning two All-Irelands with Offaly, a Junior in 2009 and an Intermediate All-Ireland the year after.

But when Hannon decided to move north two years ago, to join her fiancée Patsy Bradley in his home place of Slaughtneil and start a new nursing job in Letterkenny, her famous yellow helmet was retired. They'd met in Australia in 2012 and with both playing inter-county and club, weekends were a hectic blur of training and matches and snatched moments together until she decided to make the move permanently.

“I was 30 by then, and I'd had such a good time with Offaly and my home club of Naomh Bríd. We'd just won the county junior title and got to the final of the Kilmacud 'Sevens' in Kilmacud where I'd got Player of the Match.

“So, I'd just left the club on a real high, moved up and was just really content. I'd given my brother's helmet back to him because he has a little girl who'll be three this year, so I said to him 'that'll be for her now'.”

When Patsy suggested she pop down to the local club just to stay fit and make friends, she “never imagined” she would ever play for Slaughtneil. But she still remembers when current co-captain Grainne O'Kane called to pick her up for training the first night. Within weeks Hannon was ringing the brother to get the helmet back and the rest is history.


Slaughtneil won the first of their three consecutive titles before she joined but she's been a brilliant addition, winning Player of the Match in the last two All-Ireland finals with 1-7 (5fs) this March, when they became only the fifth side to join the three-in-a-row club.


When did she know they'd accepted her as a 'Derry Girl'?

“We played Lavey in our first league match and went out the night after and they were like 'this is Tina's Welcoming Party!' and that was it. I was in!” she grins. This season Hannon was not just among the seven Slaughtneil players in the AIB Camogie Club Team of the Year but also Ulster's Provincial Club Player of the Year.

“Oh no, we'll just focus on winning one match at a time. In Derry, and Ulster, everything is straight knockout. You've no second chances so you've got to take every game at a time.

“And winning any year is never easy,” she stresses. “So much goes on behind the scenes by so many people just for that one hour we're on the pitch. Winning is obviously enjoyable but it's definitely not easy.” 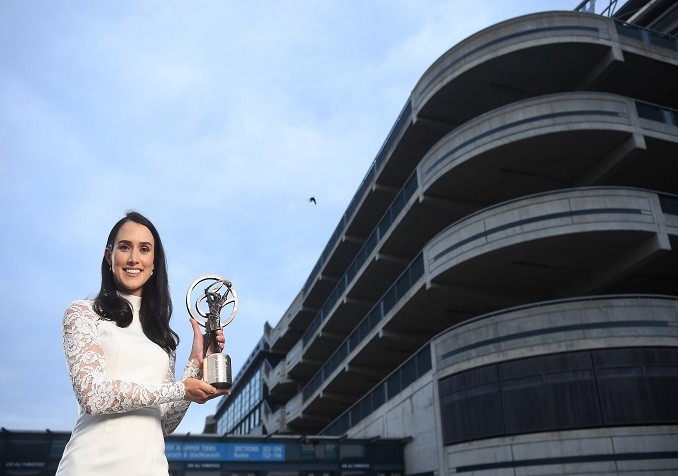 Munster's Player of the Year Aileen Sheehan (27) also made a move that changed her life.

The Inniscarra midfielder, a PE and Maths teacher in Blarney, is originally from Grenagh for whom she still plays football. But, after winning a county U-16 camogie medal, she switched clubs to play senior camogie.

“Inniscarra is an outstanding club. We actually have our own dedicated camogie pitch which is very unusual. The GAA lads don't get to play on it,” Sheehan explains.

She was back with the club soon after winning her first All-Ireland Senior medal with Cork last Autumn and has actually decided to dedicate herself solely to the club next season.

“Winning three counties in-a-row was brilliant but the real bonus was getting the Munster medal. Some girls had it since 2010 but I missed that because I wasn't transferred in time, so to get that Munster medal was very special to me.

“Some people were disappointed over the semi-final (loss to St Martin's) but I don't think we should be. We did very well and it's one step at a time.

“We'd over 45 training and could hardly fit in the dressing room at times! The success has created a real good bond and we have lots more young players coming through,” she added. 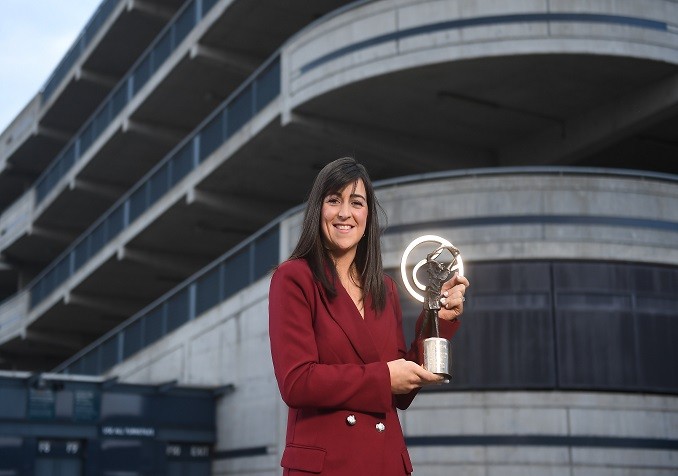 Wexford star Chloe Foxe, Leinster's Club Player of the Year, also had to make a big choice about clubs but at an even more tender age. The third-year computer science student in UCD initially played with the local boys' team in her native Clongeen. The club's camogie team were then Junior B, so Foxe moved to St Martins, about 15 minutes away, when she was only eight.

“I still remember my first training session, thinking ‘how am I going to manage this and make friends?’ But I'm still playing with about 10 of those girls. Some of them are my best friends and have come up through the county ranks with me too.”

St Martin's only won their first Wexford senior in 2017 and, in 2018, added a first Leinster en route to the 2019 All-Ireland final. Foxe says, “we came so close to winning that we're not going to stop now.

“I think we realised it was fun last year, but we had so much potential still to fulfil. Obviously the All-Ireland didn't go as we planned but we're a super-young team.

“We also learned a lot from playing in Croke Park,” she said. “You're always thinking of that as sunshine and rainbows. Then you come out and get snow! If nothing else came out of it there were amazing pictures.” 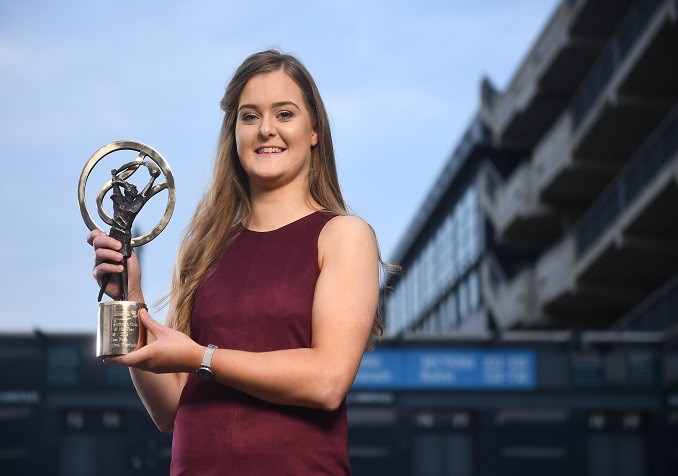 For Connacht's Player of the Year Shauna Healy (26), no choice was ever needed.

The Galway star is steeped in Ardrahan camogie, even though she spent three years studying podiatry in Manchester, travelling over and back most weekends during 2011-2013 for club and county.

“We were in and out and lost two county finals so winning the county again was a huge thing for us, especially as we were four points down to Sarsfields with not long to go and then got two goals.”

Slaughtneil ended Ardrahan's run in the All-Ireland semis which continue a difficult losing streak for Galway clubs who have lost six senior club finals in-a-row from 2013-2018.

But Healy says their ambition hasn't waned in any way.

“All the Galway teams that were there ahead of us have all done mighty. We're just a shade off still but we're getting there.

“It's a bit like the county team, we're just inches away really, so whoever comes out of Galway this season again, they'll represent Galway and you're always hoping they'll get over the line.”
Since March she's won a Division 1 title with Galway which, many feel, may prove seismic but, does success with club or county mean more?

“Winning Division 1, especially in Croke Park, was amazing and our county team is nearly like a club team, we're very tight. But success with the club is always very, very special,” Healy says. “It's where you'll start and where you'll finish.” 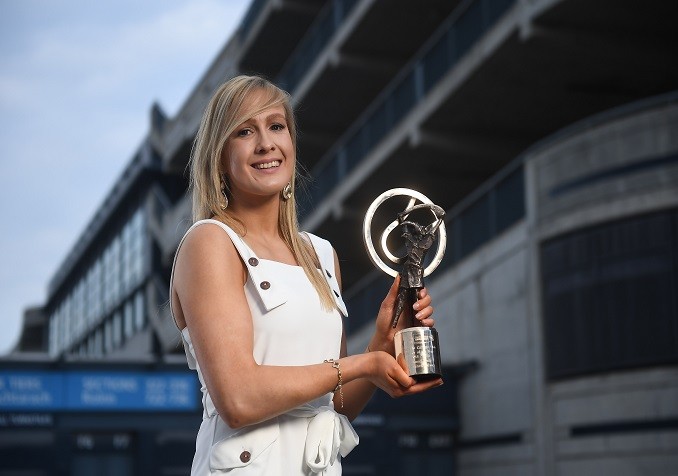 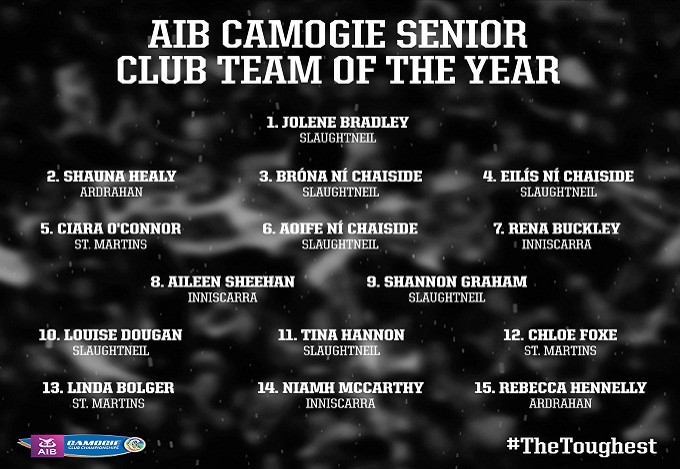