Ryan McHugh laughs at the irony of Donegal fans worrying that Fermanagh, whom they vanquished in last year's Ulster final, will park the proverbial bus in Sunday's Ulster SFC opener in Enniskillen. “Every team is entitled to play as they want, that's entirely up to them. And in Donegal, we can't really complain about people playing defensive football,” he chuckles.

But since Declan Bonner took over, the footballers of Tír Chonaill have adjusted their philosophy and playing style and won their first Ulster title in four years last season, after losing back to-back finals in 2016 and 2017.

“We've tried to take on a more attacking approach in the last few years,” McHugh concedes.

“Don't get me wrong, you have to study the opposition, but the way football's gone now, I think it's more about getting yourself and your team right first.”

Last year's provincial title has definitely put the buzz back in Donegal's players and devoted followers. “To be fair to Jim McGuinness, from 2011 onwards, the team really gave the supporters and people of Donegal something to look forward to, but then there was a few years where we didn't win anything and it wasn't going well. “Winning Ulster last year was a huge moment for Donegal, not just in football. People were going around with a smile on their faces and football was all they wanted to talk about. So winning something again did give us all a huge lift and hopefully this year we can do it again.”

In Bonner's backroom, is the man in whose image McHugh has moulded himself.

He didn't actually need to look outside his own two walls for a hero, given the pedigree of his own father Martin, the nation's Footballer of the Year in 1992. Despite the presence of such greatness around him, he has never been overshadowed by his famous family.

But a defensive wizard with white boots, silken skills and a magical ability to pop up in the right place always, was the one who captured his youthful adoration.
“There's a saying ,'never meet your heroes,' but I got the chance to train and play with mine, and now I get to play under him,” McHugh says of Karl Lacey, who won 'Footballer of the Year' exactly 20 years after his own dad. 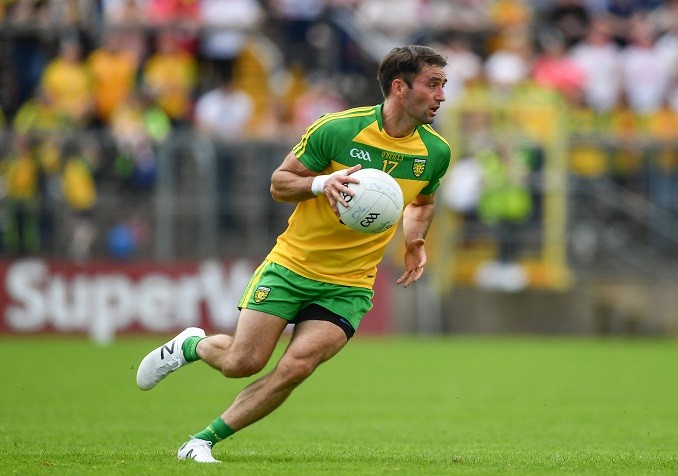 “When I was growing up playing with Kilcar, I was normally centre or wing-back for the underage teams and Karl was in that position for Donegal in that era. He's an unbelievable footballer and had won two All-Stars even before McGuinness took over.

Lacey is now part of an extensive county senior backroom team that also includes ex-Mayo boss Stephen Rochford as head coach. “We're very lucky that we have a such a great set-up with Declan as manager and Karl and Stephen as coaches,” adds McHugh .

“I think they’d say Michael Murphy first” says Mc Hugh with a smile, when we put to him that he is a hero to young Donegal football fans just as Lacey was to him. While he has an easy-going manner there’s nothing Ryan seems to take more seriously than the honour of representing his county.

“I feel privileged every day I get to wear the Kilcar or Donegal jersey. You really feel a sense a pride when people write letters to you or say it you after games that they love the way you play.”

Rather than such praise being a burden, it’s clear McHugh uses it as motivation to be the best he can be.

“It’s up to me to live my life in a way that I can produce the best football I can on the pitch to make sure I reward those people”.

Even when McHugh is asked about how he likes to relax, it takes only seconds for him to drift back into football.

“I watch television, maybe go the gym or head to the pitch to kick footballs.” It’s a routine that is sowing the seeds for the next generation as he usually bringing his young cousin Daniel McCloskey along.

“I'm going in to practice anyway and I bring Danny in to kick balls out to me so I don't have to run in,” he quips. 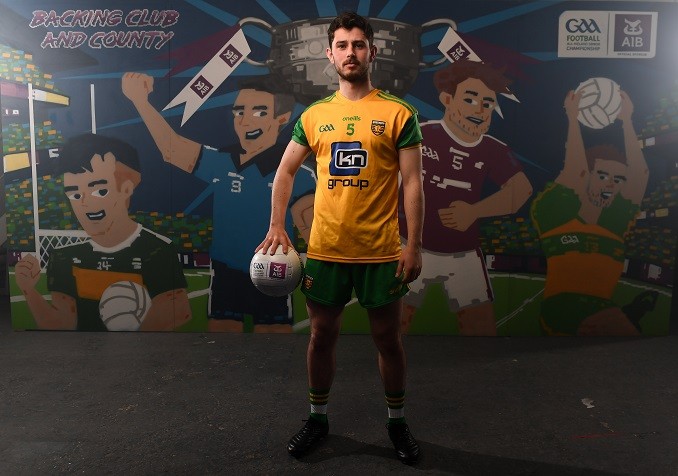 McHugh is particularly relishing the 2019 championship.

He won his second All-Star last year in a stellar half-forward line beside Dublin's Ciarán Kilkenny and Paul Mannion, yet he had a truncated year, suffering an enforced layoff last Autumn due to a second serious concussion which caused him to miss all of Kilcar's 2018 championship.

Given Ryan’s passion for his club, that injury was a tough one to take as Kilcar won their first Donegal SFC title in 24 years during his time on the sideline.

But he's back and rearing to go again in football's blue riband.

“There's not many footballers in any sport who don't miss a few games, and some of them miss years, so I've been lucky enough and I can't wait to get back into the Donegal jersey for the championship”.

That chance comes this Sunday in Enniskillen, as the Ulster Champions begin the defence of their crown against the team they beat in last year’s final. One thing is clear from our chat - Ryan McHugh is ready for action!