Paul Geaney: More critical of himself than any fan will ever be

It will be a while before Paul Geaney lives down the slagging he got from his newly extended family last December.

He may be regarded as a prince of forwards in the current Kingdom football team, but five months ago, he married into actual Kerry football royalty.

His wife Siún is Páidí Ó Sé's daughter. Local football superstars’ Darragh, Tomás and Marc are her first cousins and the couple's little son is called after his late grandad who, sadly, passed away suddenly seven years ago.

“There's a tradition when you get married that you give your wife a token on the altar,” Geaney explains.

“The priest asked me 'what are you giving Siún?' I didn't even know it was a thing to be honest, but having thought about it, I decided to give her the All-Ireland medal.

“Next thing all the O’Sé's are up to me after the wedding, asking 'what are you giving Siún an All-Ireland medal for? Sure she already has Páidí's eight!'

“She gave it back to me since, in fairness. I need that one,” he chuckles of his sole Celtic Cross from 2014. “Hopefully I can add to it.”

If Kerry football's latest iteration is to double his All-Ireland medals and bring the county's haul to 38, Geaney himself is among those expected to lead the charge.

Injury disrupted his league season so he only played half of it but he got back in time to score a point off the bench in the Allianz League Division 1 final.

But their surprise second-half collapse - and what happened Mayo in Castlebar last weekend - has raised questions about just how far Peter Keane's new-look team have progressed, especially the manner in which they coughed up three goals in that league decider. 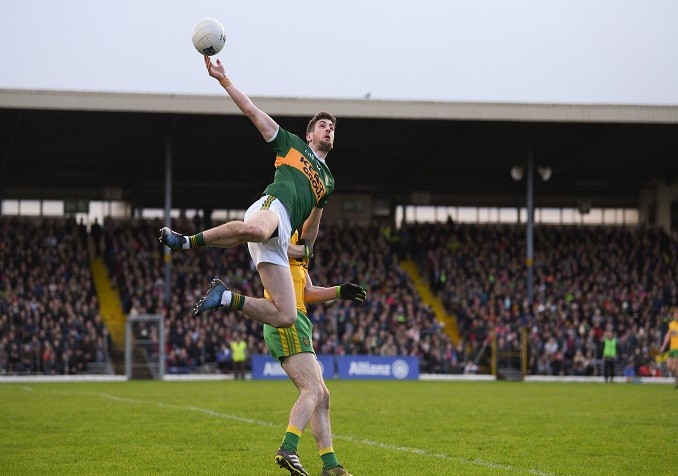 “I felt we'd made serious strides in the league and that was fairly obvious until we got to Croke Park where we were opened up a bit, but we'll learn from that,” Geaney says, defiantly defending Kerry's defence.

“It's not about weak backs. If you're conceding big scores it's a weak team because defence is a team effort. We have been tightening up on that and doing a lot of work with Donie (Buckley) on it ahead of the Championship.

“Unfortunately we didn't get that league medal which you'd always like, but we're only a youthful, developing team so it was good to get that experience in Croke Park and it's kind of exciting to see this team growing every week.

“In the last quarter of the league final Mayo looked physically further along the road than we were at the time, but we'd had a long campaign between injuries and different things.

“We've been closing that gap over the last few weeks and are definitely fitter now”, he enthuses.

“The ground is getting harder and harder and that helps when you have youthful bodies that are explosive and light. That should help us.”

He's clearly proud of his home town which has become such a unique mixture of traditional and cosmopolitan, whether in its food or music culture to eco-tourism.

He can remember sneaking in, as a wide-eyed 12-year-old, to cutting edge music show 'Other Voices' in St James' Church when it first started 16 years ago.

But this year Kerry's Munster opener against Clare not only coincides with Whit Weekend - when the local tourist trade moves into top gear - but also with local gaeltacht Gallarus hosting the ever-growing Comórtas Peile na Gaeltachta tournament.

And when inter-county football reaches its own peak, Geaney often has nowhere to hide.

“I told my father last week that I'm taking three months off!” he quips.

“I usually work morning until mid-to-late evening so it's not too bad, but the season's going to be so busy and it's already a bit mental in Dingle.

“Everyone thinks their opinion (on gaelic football) matters, which is fair game. It's about controlling how much you take in really. “Earlier in the day you're full of energy and you can block it out, or change the subject, or even give your honest opinion and have that discussion which I enjoy doing.

“But it can be wearing to be fair. It can zap your energy and the closer the championship comes the less of that situation you want to be in, so that's the dynamic you have to work with every day.

“Throughout the league, especially the home games, we had opposition supporters down and coming in. Because I missed so much of the league I was able to fully participate in the banter on both sides of the counter so that was interesting! Hopefully I won't have to partake in too many discussions over the next few months.”

The county's particularly demanding football public had plenty to say when Kerry lost a championship game to Galway last summer for the first time in 53 years, a result that proved a huge set-back in the first 'Super Eights'.

But Geaney is more critical of himself than any fan. 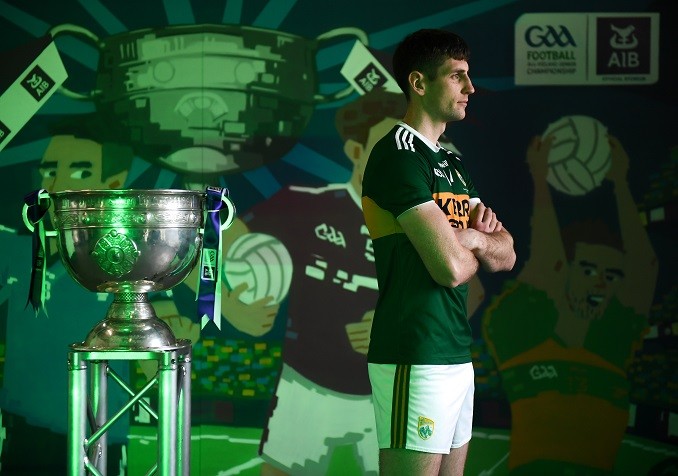 “I just wasn't myself after the Munster campaign and had a poor game that first day out against Galway. “I had a couple of early misses that I'd usually nail. You don't get many chances in big games and I missed them, and when I do that, it puts us under a bit of pressure on the scoreboard. I was below average that day.

“After that we were trying to scramble to get through and, after scraping a draw against Monaghan, it was kind of outside our hands. It was a difficult summer for sure, but most of this year's panel have championship experience now from last year. That experience is invaluable.”

“We're definitely getting more of a spread of scorers. Having that class in a team gives you a bit of comfort, that when it does get tough you can pull through, because you have those players who can do special things at special times.”

Whether Kerry will be special enough to foil Dublin's Drive for Five in 2019 remains to be seen.

The other question Geaney most commonly fields these days is 'what's married life like?'

“My answer is that it's the exact same as it was before but probably more laid-back because I had a lot going on last year. The great thing is that Siún really gets the whole intercounty thing. She really understands the commitment it requires.”